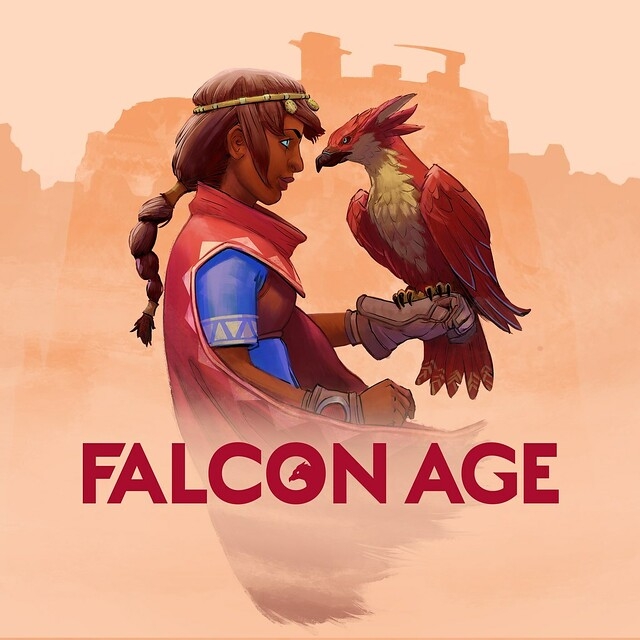 Falcon Age marks Outerloop’s game development debut and adds to PlayStation’s exclusive library of VR-enabled titles. You play as Ara, a young woman who is imprisoned by alien machinery. Without spoiling the finer points, she nurtures a falcon and escapes from the machines’ attempt to “reorient” her to their idea of an ideal citizen. Together, Ara and the falcon collaborate to overcome obstacles and make sense of what’s going on. There’s a story in there somewhere, but it’s paper-thin and unnecessary; I need no excuse to play with a falcon. 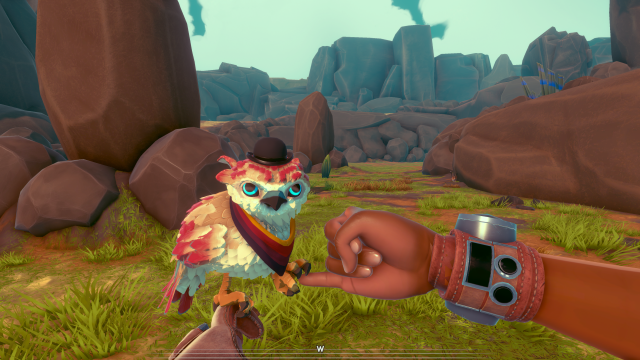 Early in the game, the gameplay is straightforward and ranges from simple walking and exploration to basic combat, yet the falcon remains the star of the show. It wasn’t long before I felt a real sense of connection with my feathery companion as I saw her grow and, eventually, chose her name (I named mine Agni from the preselected options). Moreover, the titular falcon is beautifully animated, and there were moments when I stood perfectly still just to admire her brilliance as she perched atop my virtual arm. Moments like this one are an exciting reminder of the power of VR in digital media.

I fell into a comfortable rhythm traveling alongside Agni, alternating between holding her on my arm and letting her fly freely between combat sections. Players encounter two types of combat: hunting and battling alien machinery. In most cases, hunting other animals is as simple as pointing your reticle at them and commanding the falcon to do your dirty work. A successful hunt produces ingredients for snacks that can heal or buff the bird before battle. 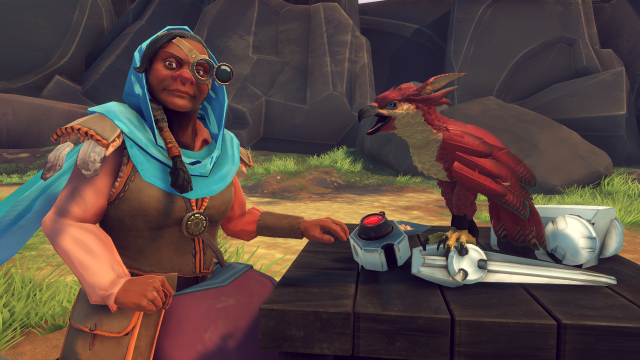 Combat against the machines is somewhat more complex, as most enemy types have a slightly different vulnerability, though variety is limited and there’s no real penalty for losing a fight. Encounters are still reduced to pointing the reticle at the target and waiting for the falcon to arrive, even as you might need to equip your winged pal with a certain item or combine forces to overwhelm the foe with a smash of your whip. The strategy elements are a welcome addition and save the combat from feeling like an afterthought.

Mechanically, and aside from occasional pathfinding issues, the gameplay is refreshing and works as advertised. Players with PlayStation Move controllers benefit from an even more immersive experience, such as thrusting your hand to send the bird flying, though I played most of the game with the DualShock 4 controller and this didn’t hinder my enjoyment of the game. 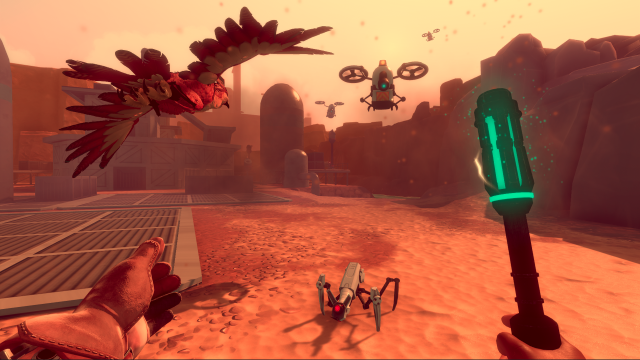 I’m sad to say that my fondness for Falcon Age diminished from there. The game boasts a myriad of problems, including frequent pop-in, bland textures, and issues with collision detection throughout. Instead of placing the emphasis on the player’s relationship with the falcon, the game too quickly becomes a hybrid of a walking simulator - with nothing interesting to see - and a series of fetch quests that require increasing amounts of backtracking. If a game has ever needed a fast-travel function, it’s Falcon Age.

Despite these flaws, I genuinely enjoyed the unique premise of using your companion bird to hunt, find treasure, and take down enemy bases. It’s also a fully-featured game, albeit a short one that lasts a few hours at most, and it avoids coming across like a tech demo when compared to some other VR titles. The problem is that the gameplay is a one-trick pony; once you’ve seen its trick, you’ve seen it. The early promise of the opening segments fade, and the pacing slows to a crawl in the middle and later narrative segments. This weakness was perhaps most evident during the final sequence when the game ends abruptly and fumbles what could have been a rather impactful revelation. Many of these things aren’t a deal-breaker, although it’s easy to see wasted potential in the final product. 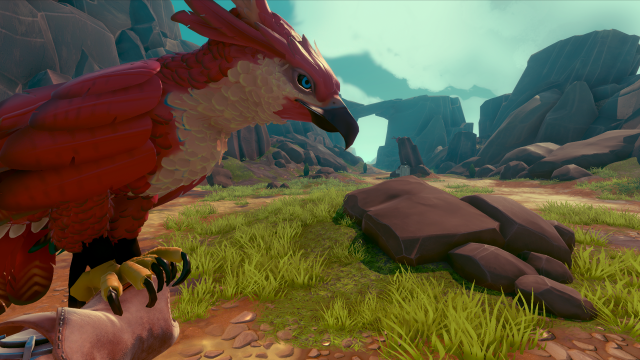 Prospective players should note that Falcon Age is fully playable without VR. However, I can’t recommend it. Without wearing the headset, the game’s weaknesses are amplified. The visuals, which are passable in VR mode, appear plainer, the controls feel less precise, and the slow pacing is even more apparent without the added immersion factor.

I really wanted to love Falcon Age. Its foundation is strong and attempts to mirror a key element among my favorite VR experiences: simulated bonding with an in-game character. When these interactions are done well, it can elevate a good VR game to a great one, but Falcon Age is no Moss or ASTRO BOT Rescue Mission. It foils its early potential by shifting focus from its avian star to a narrative and world that lack charm and excitement. Despite my disappointment, I don’t regret playing it. Falcon Age is still a unique experience, and, while the game shouldn’t be anyone’s first foray into VR, it’s a serviceable distraction for the well-acquainted.

This review is based on a digital copy of Falcon Age for the PS4, provided by the publisher.