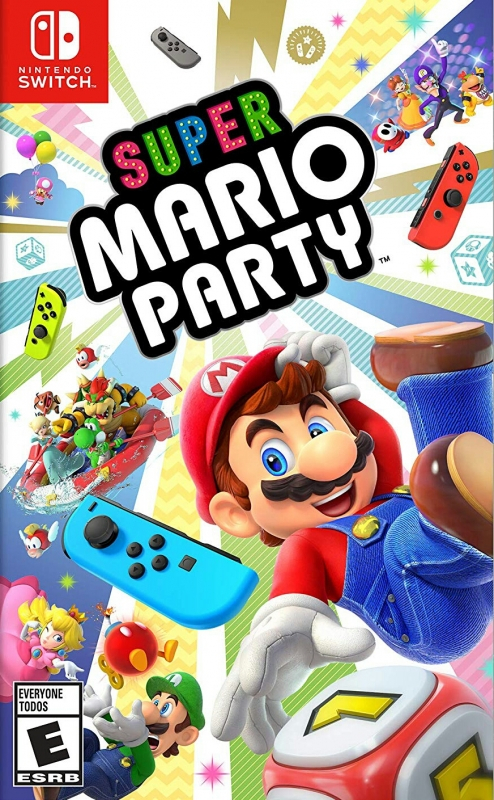 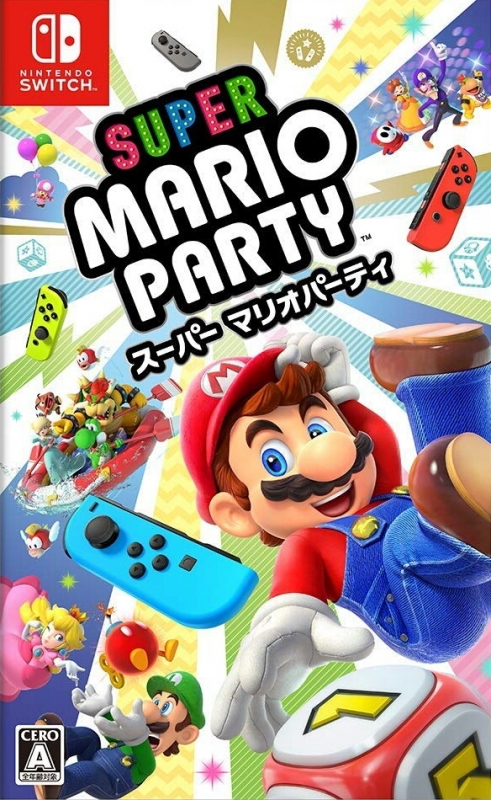 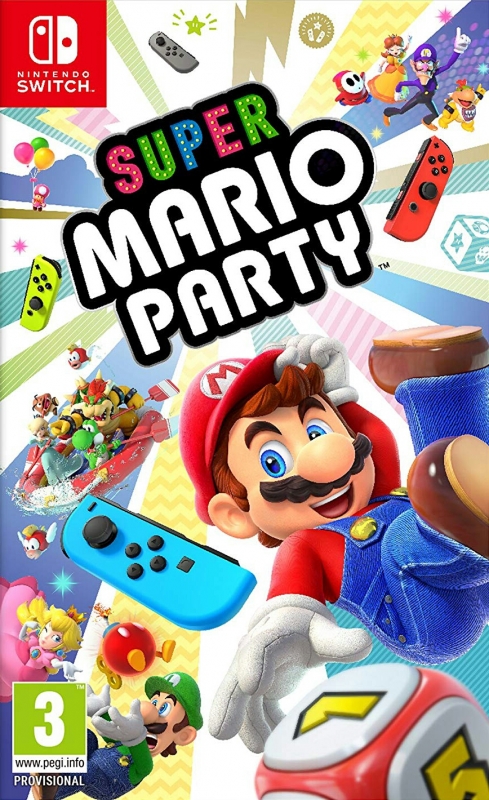 Super Mario Party is like comfort food on a cold rainy Friday; it may not be as exciting as going out to eat but it's sometimes just what you're really in the mood for.
Sometimes, it takes a dozen or so attempts to get something right. Other times, you may get something right early on, but whenever you try to repeat it each subsequent attempt is worse than the one before... until, perhaps, finally, you get it right again. Such is the case with Super Mario Party, which in my view is the most enjoyable Mario Party experience since Mario Party 3.
Focusing on returning to what used to work, or as Norman Osborn from Spider-Man would say, “back to formula”, Super Mario Party ditches the features that plagued more recent entries in the long-running series and instead introduces new boards and, best of all of course, a whole slew of new mini-games. 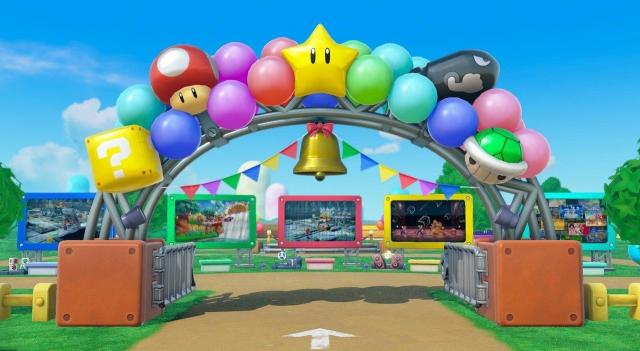 Many of these mini-games make use of similar control functions to the Wii era, but with the advantage that the Joy-Cons are much more comfortable and easy-to-use, especially when compared to a bulky Wii MotionPlus controller. My wife and I played without the attachment pieces (because we couldn’t find ours), which made things a little challenging at times, but we’ve gotten used to playing like this since the Snipperclips days.
If you haven’t used the Joy-Cons in this manner before, then you'll quickly need to adapt because, somewhat controversially, you're forced to use the Joy-Cons in Super Mario Party. After a while it becomes clear why this is - some of the mini-games are brilliantly innovative and require you to make full use of the motion controls; something that would prove challenging to replicate with a regular control scheme. 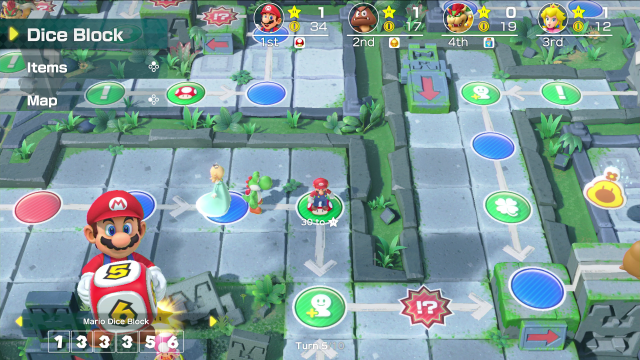 Interestingly the development team decided to divide the computer-controlled characters into different difficulty categories, so now certain characters are innately better at the game than others. Personally I wasn’t too bothered by this but if you were hoping to play against certain characters at a customisable difficulty level then you're out of luck. As an aside, I’m still convinced that certain level 7 characters in Super Smash Bros. Melee were superior to level 9 characters and would beat the tar out of them, but I digress.
Some of the 80 or so mini-games are naturally better than others, my favorite being ones like the sizzling steaks mini-game, where you flip over meat you're cooking with the Joy-Cons. I also really enjoyed 'stake your claim', which requires quick and instant decision making to determine which shapes are the biggest, followed by the hilarious and sudden realization of impending doom if you pick the wrong one. 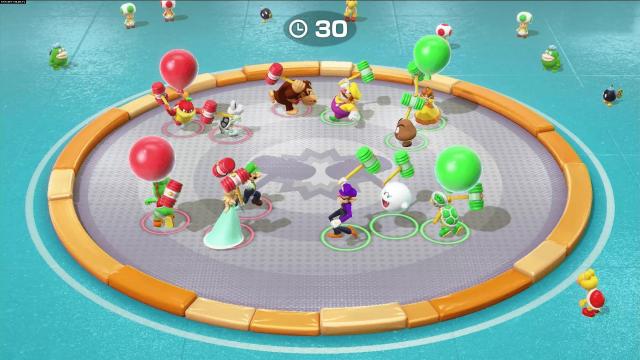 Visually it's the best looking Mario Party game to-date, as one would expect, and Nintendo's continues to demonstrate its excellence here. A strong art style is supported by a servicable soundtrack - it's not on the same level as, say, Donkey Kong Country: Tropical Freeze, but it's enjoyable enough.
In terms of game modes Super Mario Party sports 'Mario Party', 'Partner Party', 'River Survival', and some others that I don't wish to spoil because they're enjoyable to discover of your own accord. Of the ones I have listed the first two should be pretty self-explanatory for any Mario Party veterans, while the third introduces a fun cooperative way to play.
Mario Party is nothing if not all about friends and family having a good laugh together, and the mini-games in this entry do produce some good chuckles in my experience. Practice rounds continue to be provided prior to each mini-game, which makes the learning curve nice and easy, supplementing the pick-up-and-play nature of the game, and each person has to sign off when they feel they're ready. 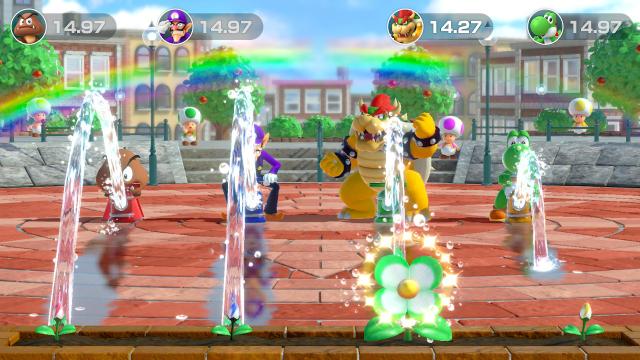 When it comes to online - or 'Online Mariothon' as it's called - Super Mario Party is also a blast. You play a handful of rotating mini-games with three other players and compete for a cup (think Mario Kart). You also receive stickers and trophies (bronze, silver, and gold), which you can collect, as well as some other goodies like leaderboards and statistics, which incentivise you to keep playing the game over the longer term. I did encounter some occasional lag though, which hampered the online experience (especially the mini-game where you have to dodge the fuzzies).
Elsewhere little has been changed - the items and board functions are overly familiar, and the latter tend to be let down in general by being on the small side and not being terribly eventful. There also aren't that many boards to begin with, so they can quickly become repetitive. But the one thing that does mix things up is the partner system. If you land on certain spaces you can collect a partner, which allows you to roll a different type of dice (a mixture of risk/reward), and also adds to the amount of your total roll. These partners will also help increase the odds of your winning the mini-games. On the whole it's a fun inclusion - one that adds a certain amount of sheer, dumb luck that can be oh so useful when trying to win any Mario Party match. 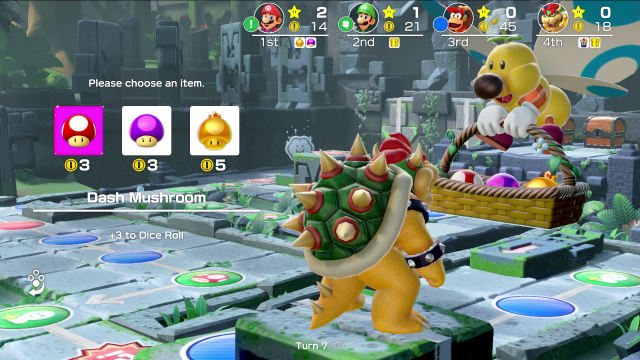 Nintendo did make some questionable decisions in designing Super Mario Party, but none of these quibbles detract too much from the fact that the mini-games themselves are incredibly fun (and, yes, often funny) to play. Online features and new game modes help to round out a very weighty mini-game collection that could've been even better with just a little extra vision and effort on Nintendo's part. In a way, Super Mario Party is like comfort food on a cold rainy Friday; it may not be as exciting as going out to eat but it's sometimes just what you're really in the mood for.