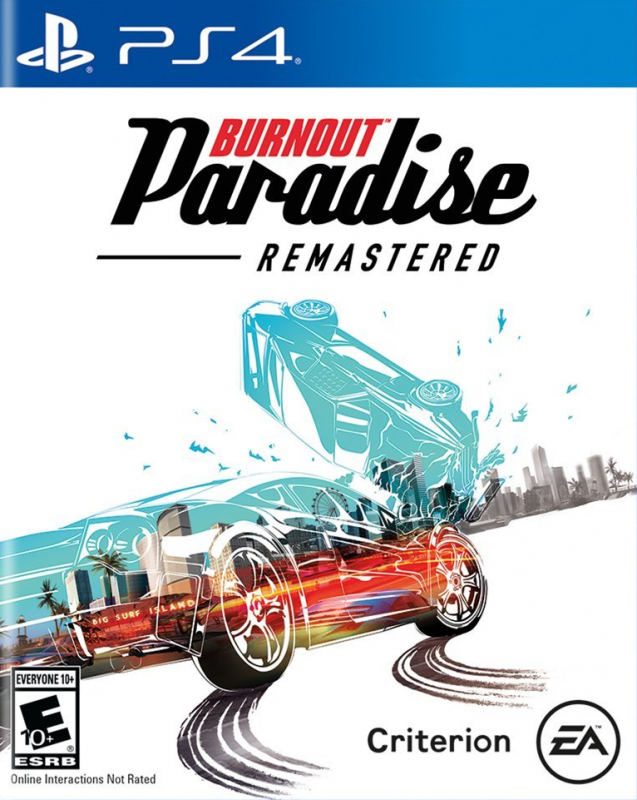 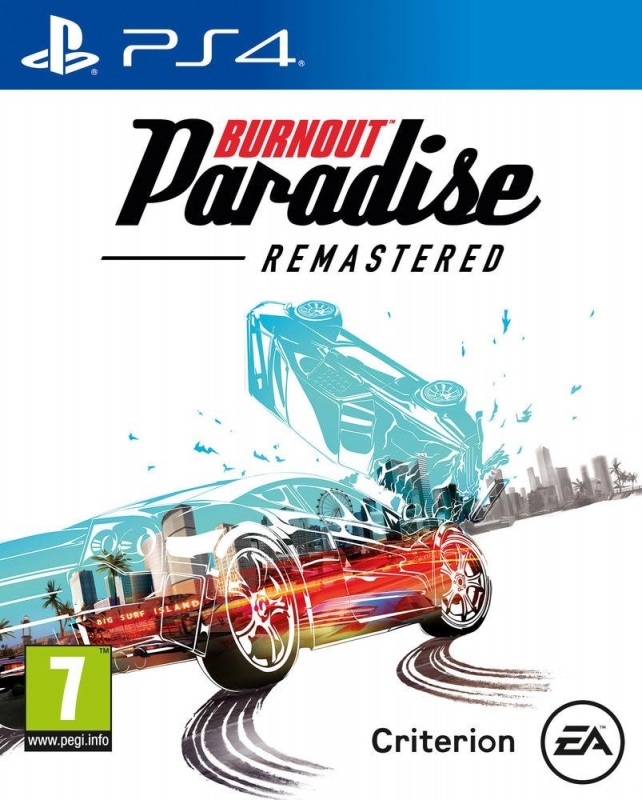 Each race feels like a case of déjà vu.

Burnout Paradise Remastered marks the series’ debut on modern hardware, and I am happy to report that Paradise City has never looked better. Cars and environments often looked stunning during my playtime on a PlayStation 4 Pro console. The bump in resolution is most noticeable but textures have been improved as well. While Burnout Paradise Remastered doesn't quite reach the visual peaks of recent Forza and Gran Turismo titles, it scratched my itch for arcade racing mayhem like no other game since the underappreciated 2010 release of Split/Second. However, its effects gradually wore off, race-by-race and crash-by-crash. The game’s strong core mechanics and visual upgrades weren’t quite enough to distract me from reminders that this entry may have been where Burnout veered off course. 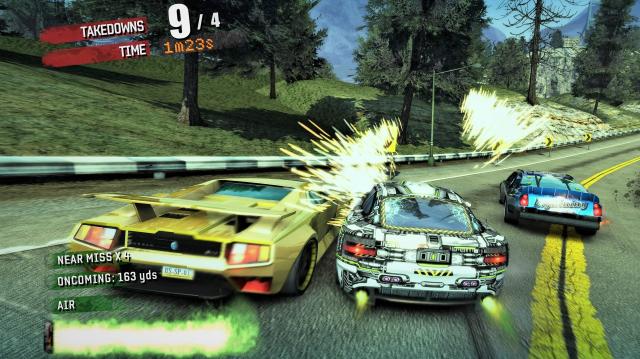 The game wastes little time in thrusting you into the heart of Paradise City – a tropical urban landscape nestled against winding countryside. Gameplay is relatively straightforward and feels tight. Cars maneuver as you would expect, and detailed visual effects make the chaos pop on screen. Specifically, I noticed how each car feels fairly distinct in its handling, but a racing simulator this is not. The controls are forgiving and welcoming to newcomers. Players who successfully complete events, which can be activated from almost any intersection on the map, level up through a simplified progression system. As you continue to win events, you upgrade your “driver’s license,” and the events increase in difficulty and completion requirements.

One of the strengths of Burnout Paradise Remastered is its event variety, including races, timed trials, and road rage – an event in which the goal is to perform a certain number of the series’ signature takedowns within a time limit – among other event types. Although there is an argument here for quantity over quality, players have plenty with which to keep busy due to the inclusion of the original game’s DLC. This DLC includes a map expansion, customizable night-and-day cycle, and numerous vehicles not included at the game’s original launch, most notably motorcycles which handle quite differently from the standard array of cars.

There is no doubt that Burnout Paradise Remastered is a well-rounded and mostly competent arcade racer. Initial events, from races to high-octane road rage events, feel intense and generate excitement generally unmatched by modern racers. Unfortunately, that is part of the problem here. I realized my excitement stemmed from the racing genre’s lack of anything quite like Burnout rather than the remaster’s own merit, especially 10 years after its initial release. This remaster is Burnout Paradise, warts and all, and it is perhaps the best case for a proper sequel to Burnout 3: Takedown rather than the release of a Burnout Paradise 2. 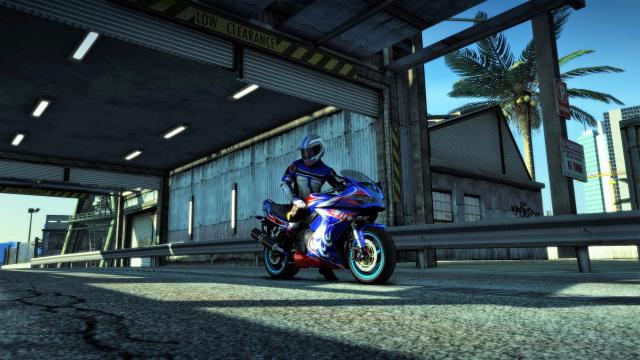 This series is ill-suited for an open-world design or, at least, an open-world as constricted as Paradise City. While there is some diversity in the map locations, which range from winding mountain roads to tropical city streets, races feel repetitive due to the bizarre design decision to terminate races at the same eight locations. It becomes increasingly difficult to perceive the open world as varied when races seemed to insist on sending you back downtown just as soon as you’ve left it for a change of scenery.

Eventually, each race feels like a case of déjà vu, and the game’s initial low difficulty only makes matters worse. How was I supposed to enjoy the hallmark chaos if the other racers were nowhere to be found as I crossed the finish line? Consequently, the game’s low difficulty hindered the series’ signature intensity, which is disappointing for experienced players looking for a challenge in the offline modes. Players who wish to jump into the online arena, however, are more likely to find dynamic events which somewhat softens this issue.

Thankfully, the developers filled the map with distractions that break up some of the monotony. It was sometimes challenging to focus because the game so often compelled me to pursue its off-road treasures. Paradise City is littered with gates and billboards waiting to be destroyed and super jumps which are discernible by their blue cones. A counter ticks up each time you complete one of these tasks which adds an addictive nature to these pseudo-collectibles. These additions, though inessential, add character to an otherwise unexceptional map. 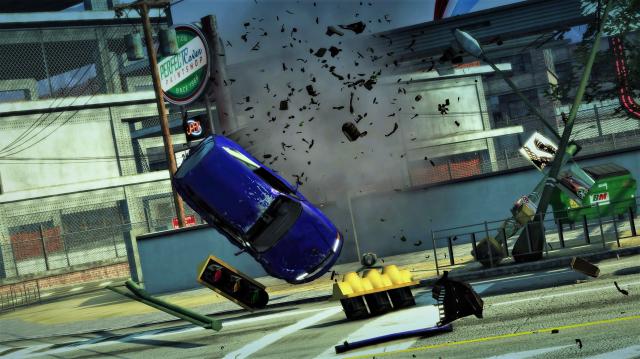 In the end, it was worth it to take a spin around the remastered Paradise City. Burnout has never looked better. The genre-leading gameplay fills a void left wide open since the series’ absence in recent years. For the uninitiated, and for those who also need to scratch that destructive racing itch, Burnout Paradise Remastered is probably the best option on the current generation of consoles. For everyone else, I recommend a rental or purchase only after a price drop. I sincerely hope EA is hard at work on a new entry.