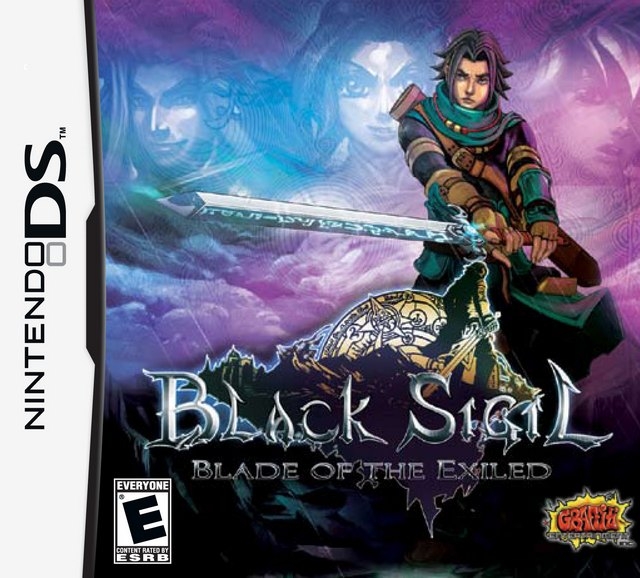 A much belated love letter to a beloved era of gaming.

Black Sigil is a throwback to a different era of gaming - an era that many remember fondly, and one that was blessed with a wealth of RPG titles that has not since been matched. With games like Chrono Trigger and Final Fantasy III (VI in America) remaining emblematic of the 16-bit zeitgeist, a title that pays respectful homage to them makes perfect sense. In many ways, Black Sigil has that feeling of nostalgia that the creators were looking for, but overall it gives no reason to play it over the games it’s supposed to pay tribute to.

The first thing you will notice in Black Sigil is that the gameplay is oddly familiar. It is a carbon copy of Chrono Trigger’s battle system. But as is often the case with carbon copies, there is a marked loss of fidelity. Black Sigil retains the time based battle system which transforms random battles into more action packed sequences than the standard turn based scheme. It also has many of Chrono Trigger’s innovations, such as area-effect attacks, hitting multiple enemies in a horizontal line, and dual tech attacks. There are some bright spots in the game design. The dungeon layout has some inspired moments and puzzles. Also, there are plenty of side quests and the game is pretty lengthy.

However, the gameplay feels very sluggish and is riddled with problems. First of all, the sheer amount of random encounters is madness. There is a very thin line between an appropriate amount of random battles and an annoying amount; this game disregards that line with wanton abandon. To make matters worse, every area only has two or three different pre-designed battles that are repeated over and over. This causes Black Sigil to become a limited and monotonous adventure. Then there are little annoyances, such as some party members becoming immobile due to the terrain during battles or narrow terrain making it impossible to use melee attacks during fights. The game menu is also unwieldy and you will find yourself fighting with it often.

Black Sigil centers around a young man named Kairu. He lives in a world in which everyone has some kind of magical ability, but he does not. This leads to him becoming labeled as a cursed individual, and he is subsequently banished by the very man who acted as a father to him. This is when his adventure unfolds. And it literally has everything from dimensional travel to wars between kingdoms.

The story is also very reminiscent of 16-bit role playing games. When I first started the story, I was pretty exasperated. It felt as if the writers simply created a list of all the RPG staples and clichés of the past twenty years and started checking things off. The main character has a world saving ability that everyone views as a curse, there is a firecracker-outgoing female lead, and some kind of evil kingdom seeking world domination. But, as the story progressed I found myself really enjoying the quirkiness. It starts to really find a way to spin an enjoyable story. The narrative is in no way groundbreaking, but it is enough to keep you coming back.

Black Sigil is not a beautiful game by any stretch of the imagination. The world map looks very basic and has a Mode 7 feel to it. It also scrolls very slowly in what seems like a misguided attempt to make the world feel larger. Towns and cities are also basic and are usually nothing more than stops to save and resupply. Some dungeons, and even a town or two, do have some unique textures and designs, but nothing ever breathtaking. Again, the developers were going for an old-school recreation, and they nail it, but it detracts from the game more than the nostalgic feel can make up for. The music has the same problem as the visuals; everything feels so droll. The sounds and scores have that epic fantasy adventure feel which works well with theme of the game, but nothing is as classic as Square's older compositions.

One area that Black Sigil does not disappoint in is the value. This game is a long and satisfying role playing game. It has tons of side quests and many secrets to unlock. This includes secret characters to find and hidden dungeons to discover. The wealth of characters allows for differing experiences and strategies as you play and replay the game. Black Sigil will take about 30 - 40 hours to complete, and with all the side quests it can take longer. Don’t let the game clock fool you though, due to the nature of the game; you will die a lot which could knock some hours off the game’s internal clock as you reload an earlier save file.

Black Sigil: Blade of the Exiled feels like a much belated love letter. It completely embraces everything we loved about retro-RPGs, but it does so at a high cost. The game is very stagnant across gameplay and story. What really hurts Black Sigil is the fact that the very games it pays tribute to are being rereleased and are better buys. Die-hard fans of 16-bit role playing games should definitely look into this title, but others may be better served by simply picking up Chrono Trigger DS.