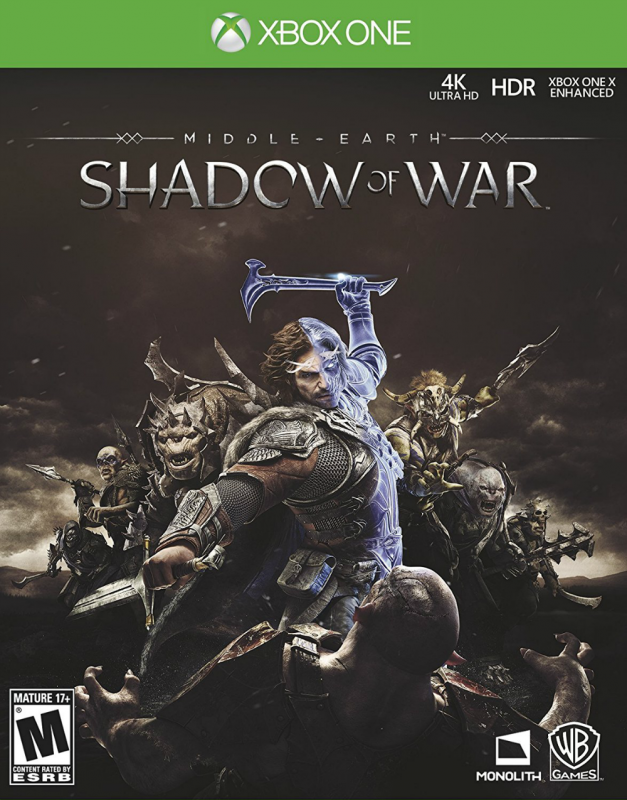 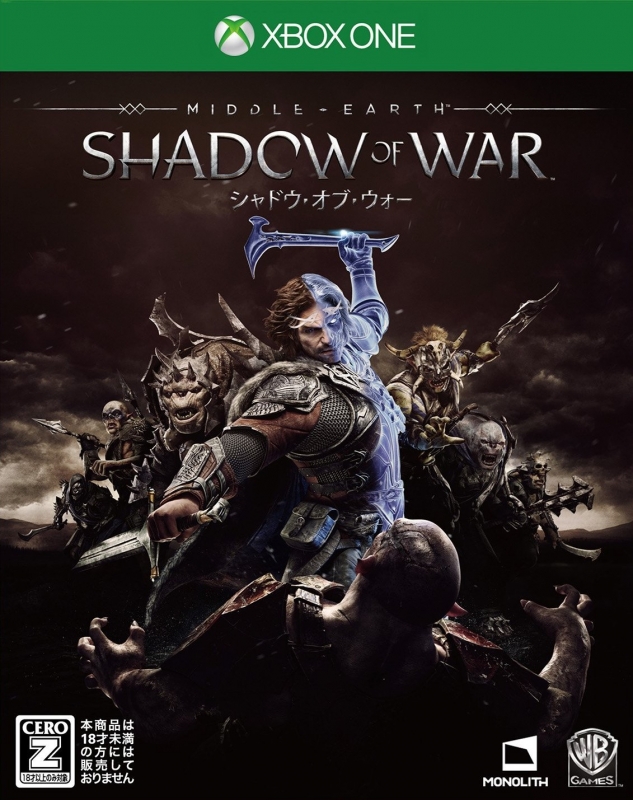 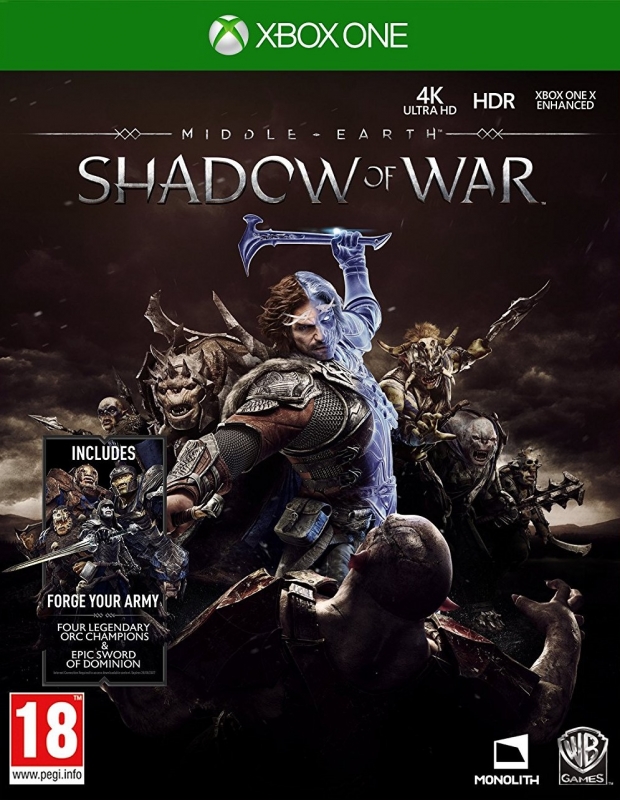 Shadow of War is bigger, but not better.

Sometimes, less is more. In the case of Middle-earth: Shadow of War, that aphorism has never been more true. A sequel to 2014's surprise hit Middle-earth: Shadow of Mordor, Shadow of War improves upon its predecessor in a number of significant ways, but drowns out those improvements with far too much feature creep. The nemesis system, Shadow of Mordor's sexiest feature and one of the most meaningful innovations of the generation, is back and better than ever, but situated in a bloated, overstuffed open world experience that lacks the efficiency of its predecessor.

Shadow of War picks up where the last game ended, some time between The Hobbit and The Lord of the Rings. Talion, a human ranger kept alive by his symbiosis with the elven wraith Celebrimbor, forges a new ring of power to defeat the dark lord Sauron. However, the spider Shelob (reimagined in this game as a seductive woman) abducts Celebrimbor and demands the ring as ransom. Without the awesome power of the ring, Talion and Celebrimbor travel to Minas Ithil, one of the last bulwarks keeping Sauron's evil contained in the land of Mordor. 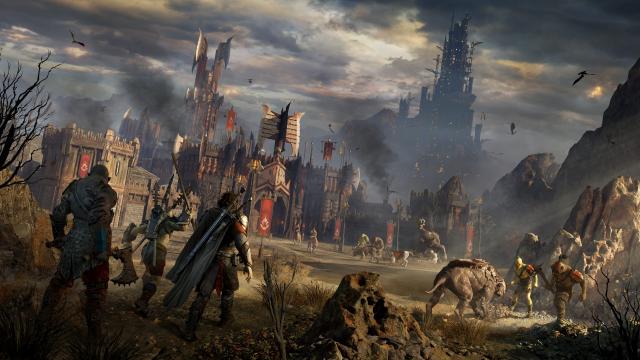 As it did in Shadow of Mordor, developer Monolith Productions plays fast and loose with J.R.R. Tolkien's mythology. Shelob's transformation from ravenous arachnid to femme fatale is, surprisingly, not the most jarring break from canon. While Tolkien purists might balk, Monolith's adjustments are hardly insurmountable. The Shadow series has always operated at a slightly different frequency than The Lord of the Rings, without any harmful effects.

The bigger problem is one of pacing. The first two acts in Shadow of War spend hours laying the groundwork for a deteriorating relationship between Talion and Celebrimbor, two beings who inhabit the same body, only to rush through the climax in act three. This is a recurring problem for Monolith; Shadow of Mordor also ended anti-climatically. 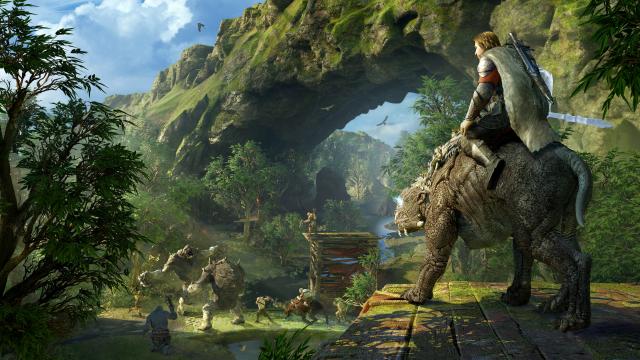 Compounding the problem is a wholly unnecessary fourth act, which takes place after all of the game's major plot points are resolved. This tedious and tiresome end game is symbolic of the excess in Shadow of War, a game that doesn't know when to say "stop."

Shadow of War is split into four acts. The first finds Talion ringless in Minas Ithil, looking to protect a relic from invading orcs. This is the most forgettable act. Minas Ithil is a boring, lifeless venue. Its human inhabitants are far less interesting than orcs, who have colorful personalities. Its quests consist mostly of tired fetch quests and following missions. Everything unfolds in a linear way without much input from the player. 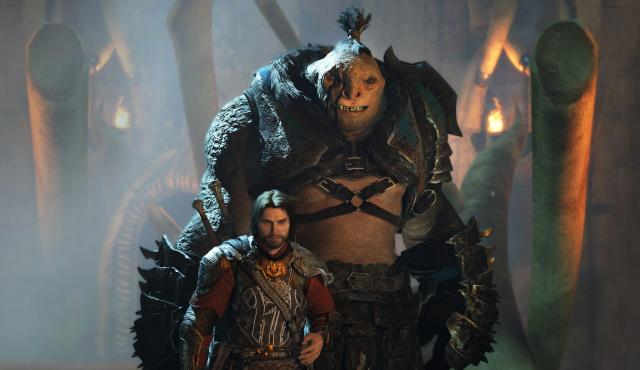 Things change dramatically in act two, the game's best. The nemesis system explodes with possibilities and all of Mordor is at your fingertips. Reunited with the new ring of power, Talion and Celebrimbor set out to bring the orc fortresses of Mordor under their command. Suddenly the game transitions from a meek, straightforward open-world experiment to an all-out war of conquest — made possible by Shadow of War's most unique and engaging features, nemesis and fortress sieges.

In the original Shadow of Mordor, nemesis formed the framework for a living, breathing hierarchy of orc captains and commanders. Each had a distinct personality, unique strengths, and weaknesses, and, often, a personal vendetta against the hero Talion. If Talion slew a captain in battle, he might show up later in the game, patched up, and ready to enact his revenge. If the orc killed Talion, on the other hand, he'd frequently gloat about his prior victory during the second encounter. It elevated Shadow of Mordor from a competent open-world game into something extraordinary. Likewise, in Shadow of War, nemesis raises the stakes, manufacturing a situation in which every play-through is slightly different. 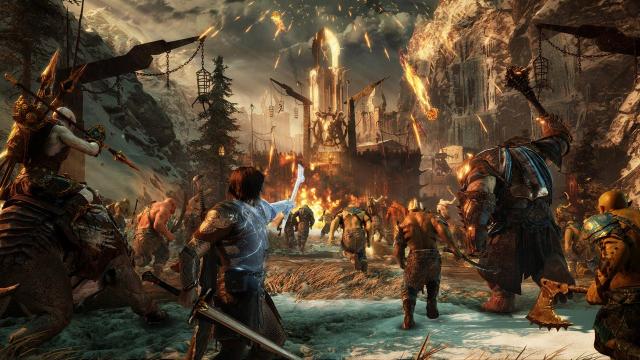 Just as in the first game, Talion can use his supernatural powers to gain intel on enemy commanders and use that knowledge to destroy them or dominate them. By dominating captains, Talion can build an army, loyal to him, to assault heavily-fortified castles in Mordor. It's here where the game allows players the greatest amount of freedom. They can choose to track down the bodyguards of warlords — commanders higher up on the food chain — and convince them to betray their leaders, thus weakening the fortress. Or they can spend resources to build siege upgrades — caragors, berserker troops, siege beasts— to overwhelm the enemy stronghold by sheer force.

Storming a fortress after hours of planning and subterfuge is profoundly satisfying. Players will need to find and hold capture points, then face the fort's supreme commander. The experience combines the best of Shadow of War: flashy, surprisingly deep combat mechanics; a versatile nemesis system; and a dose of real-time strategy. 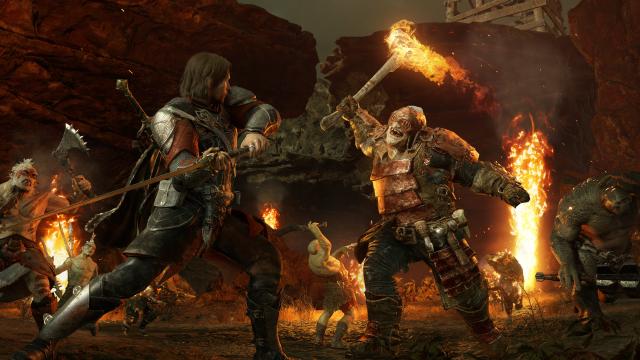 The problem — in fact the fatal flaw of all of Shadow of War — is that there's too much of it. The first siege is thrilling and fun. By the time the third or fourth siege arrives, after hours and hours of prep work, it starts to feel like a chore. There are just too many fortresses in Mordor, and too many captains. In Shadow of Mordor, each encounter with an orc captain felt like an adventure in itself. When one showed up after falling in battle, you would immediately recognize him. In Shadow of War, the captains all start blending together. While nemesis in this latest game is more sophisticated, it's also less personal.

The game's many data, skill, and weapon systems are also a tad overwhelming. Monolith went for more role-playing systems in Shadow of War and it shows. Each upgrade on the skill tree has three upgrades of its own. Gems collected on the battlefield can be combined to forge stronger gems that can then be slotted into dozens of weapons, many of which have unlockable buffs. While the addition of new weapons is a huge plus — Talion in Shadow of Mordor was stuck with his base weapons throughout the adventure, although they could be upgraded — all the minutiae surrounding them can be intimidating. 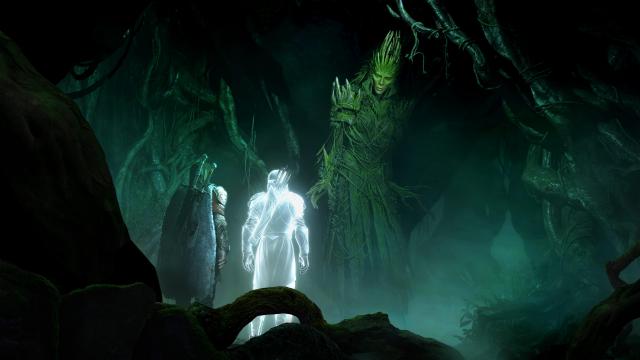 Everything comes to a climax in act three, the shortest of the four. While it's not particularly satisfying from a gameplay perspective, it's rich in character development and plot twists. There are moments in this penultimate act that are incredibly powerful, especially for fans who sat through both Shadow adventures. That's why the act's brevity and anti-climax is so discouraging. Monolith could have chosen to end Shadow of War on a cliffhanger, setting up a third installment with new narrative and mechanical possibilities. What it did instead is dump players immediately into act four, "Shadow Wars," a morass of grinding and repetition.

Shadow Wars is a series of fortress defense missions. All of the hard-won fortresses under Talion's control are under attack by Sauron's forces. He will need to bolster his defenses, recruit new captains, and scan the attacking army for weaknesses. This is basically the reverse of act two. If you manage to protect one fortress, the next mission will be harder with higher-level enemies. If you fail, you'll often need to rescue your puppet overlord. 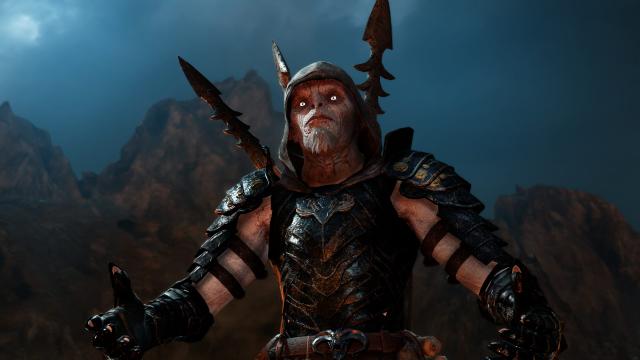 This act is a mess. Talion will need to scour Mordor for more powerful captains to install in his fortifications, but captains' levels cannot exceed Talion's own. So he will need to grind to level up, just so he can earn a fighting chance during each siege. It's here where the game's much-maligned loot boxes start to become more attractive. The vast majority of Shadow of War can be played and beaten without ever sniffing a loot box, but among the tedium of act four those little boxes become all the more desirable. To be fair, even act four can be toppled with enough grinding and patience. It's just not fun.

Alternatively, you could just skip act four entirely. The game's main arc is complete, after all. Shadow Wars is true end-game content, a series of campaigns provided for fans who don't want to stop playing. If you think of it as a bonus, it becomes more palatable. Be warned, however: only be finishing act four will you be able to view the game's true ending, a video that ties Shadow of War into the events of The Lord of the Rings. 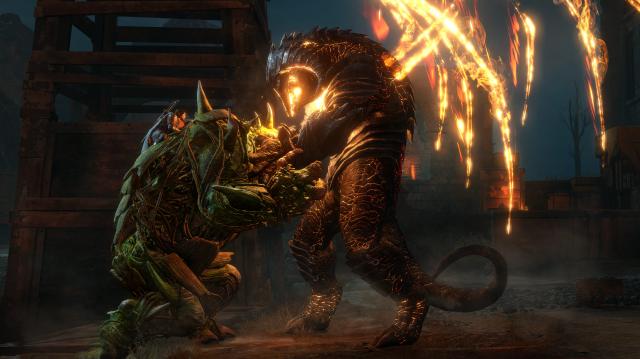 By operating under the maxim that "bigger is better" Monolith has turned in a sequel that's technically superior but lacking the efficiency and focus of its predecessor. There's a lot to admire in Shadow of War — larger worlds, increased gameplay possibilities, a more sophisticated nemesis system — but also a lot that could have been left out altogether. The whole thing is weighed down by features, content, and minutiae that detract from the overall experience. More is less, in Middle-earth: Shadow of War.

This review is based on a digital copy of Middle-earth: Shadow of War for the XOne, provided by the publisher.