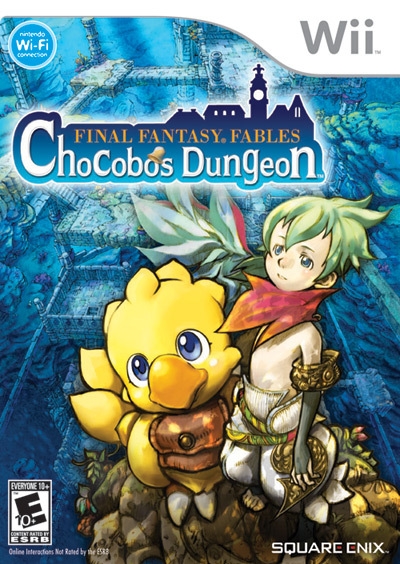 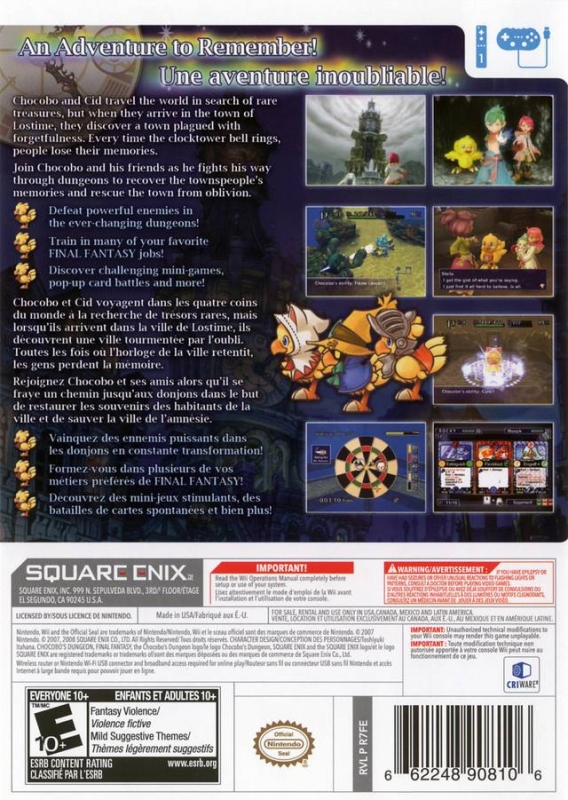 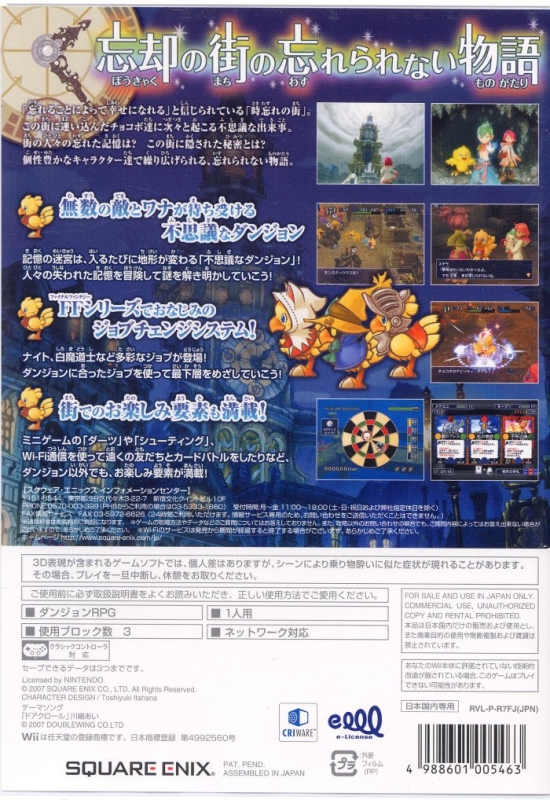 The adorable cast of characters, including Chocobo and his friends, comes exclusively on Wii. Players will unlock the secrets of a mysterious tale by following Chocobo through a multifaceted dungeon-style RPG using the intuitive Wii controls.

A fantastical and unique visual world is brought to the screen by renowned character designer Toshiyuki Itahana, whose most recent work includes the character designs for FINAL FANTASY CRYSTAL CHRONICLES: Ring of Fates. The stunning artwork complements the intricate storyline and will immerse players in an adventure filled with unexpected twists and turns.

Collect secret phrases to exchange for in-game rewards! Keep an eye out for FINAL FANTASY FABLES: Chocobo's Dungeon codes on the official website, magazine ads and online features to unlock hidden items and more for the adorable Chocobo. For starters, take the phrase "Dragon Crest" and follow the guidelines on the official website to obtain a rare card for the game's 3D pop-up card battles!

Chocobo and Cid, FINAL FANTASY mainstays-turned-treasure hunters, are magically transported to a mysterious town whose people's memories are lost with each bell toll of the clocktower. One day, a strange boy named Raffaello arrives and creates dungeons of memories to help the townspeople remember who they are. Now it's up to Chocobo to journey through the dungeons and retrieve everyone's memories!

FINAL FANTASY FABLES: Chocobo's Dungeon is rated E 10+ (Everyone 10 and older). Please visit the Entertainment Software Rating Board website at www.esrb.org for more information about ratings. FINAL FANTASY FABLES: Chocobo's Dungeon is available in North American retailers for the suggested retail price of $39.99 (USD). The official website can be found at http://na.square-enix.com/fffcd.

Square Enix, Inc. is a wholly-owned subsidiary of Square Enix Co., Ltd. with offices in Los Angeles, California. It handles operations in North America, including development, localization, marketing and publishing of Square Enix titles. More information on Square Enix can be found on the Internet at http://www.square-enix.com.