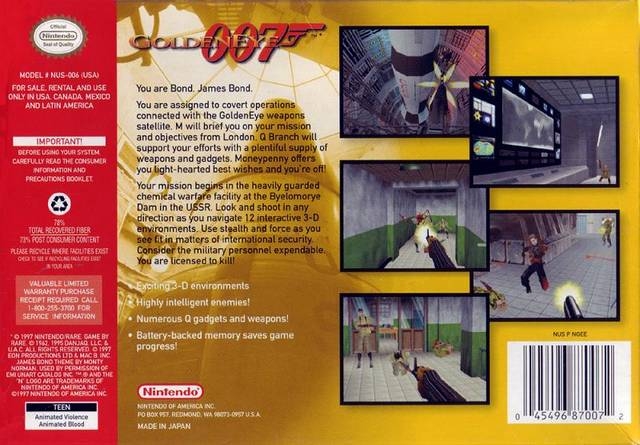 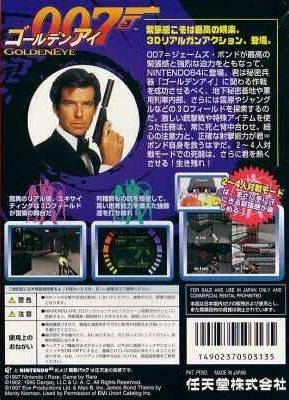 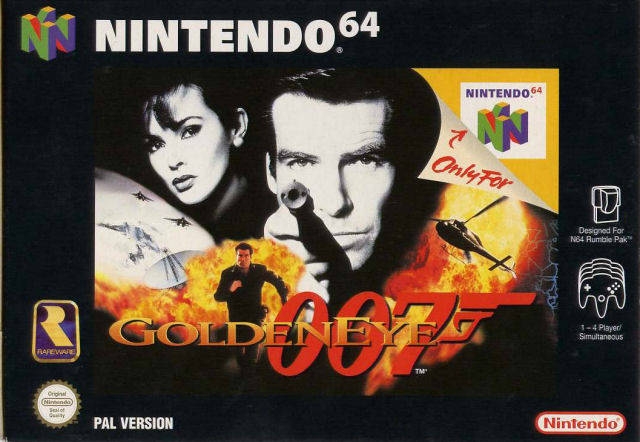 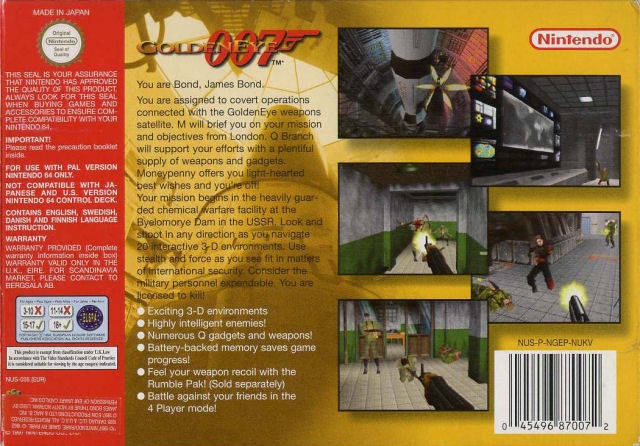 Showing the world what the Nintendo 64 is capable of, Goldeneye is a first person shooter that sets a benchmark for console-based shooters everywhere. Taking its cue from the Pierce Brosnan movie of the same name which features the eponymous hero James Bond of the British secret service, Goldeneye features 20 levels full of action and espionage.

Starting off with the dam that opens Goldeneye so memorably, and ending on the antenna station that houses the movie's explosive end, Goldeneye strives for realism and is a lavish recreation of the events in the film. With an amazing arsenal of weapons at your disposal, plus the customary Bond gadgets, you will never feel more like the world's most famous secret agent than you do here.

With lifelike representations of every major character from the film (from Bond to Natalya) and stunning graphics, sound and gameplay, Goldeneye would be a great game by any measure. But with arguably the best local multiplayer ever to grace a console, the experience can only get better when you bring a few friends round.

This is a game that deserves to be played again and again.