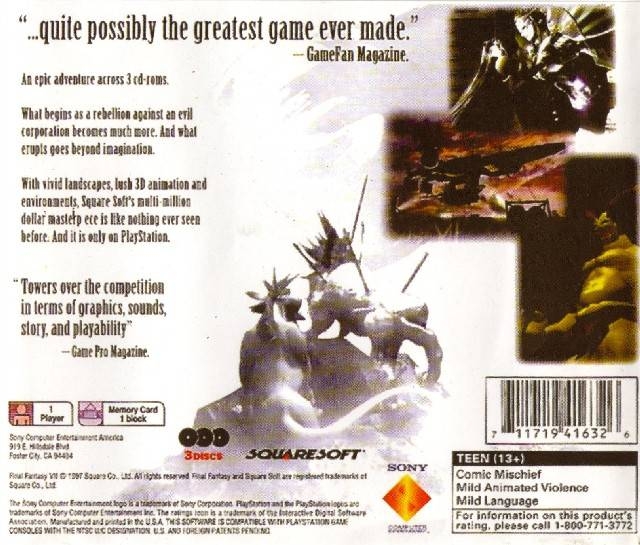 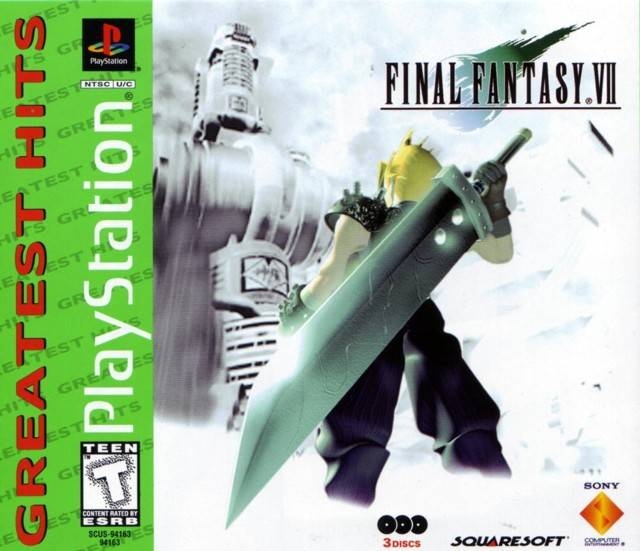 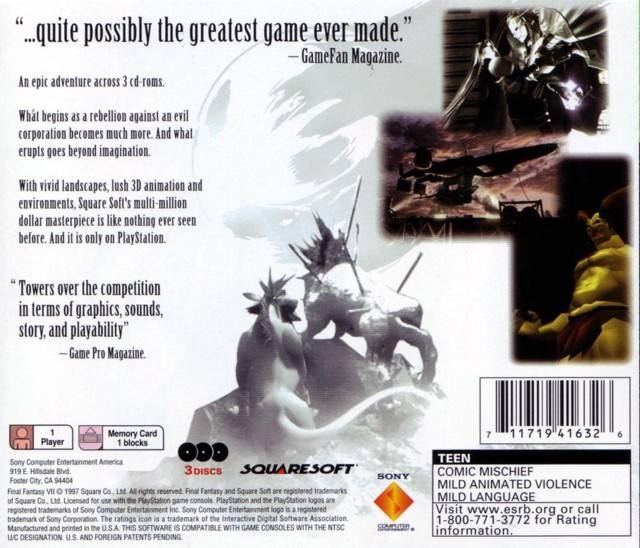 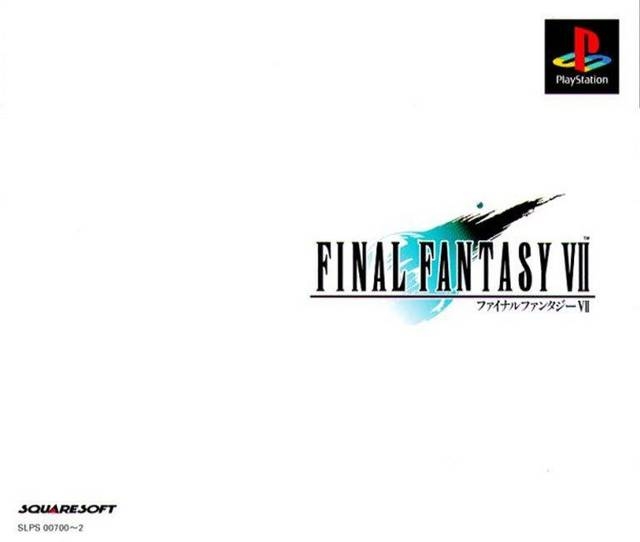 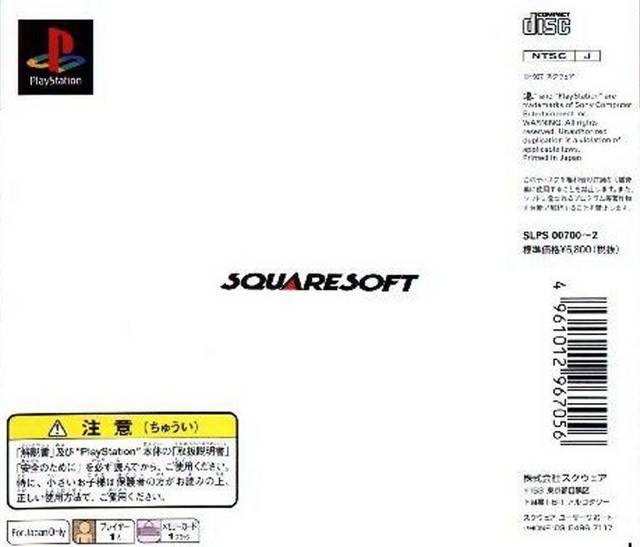 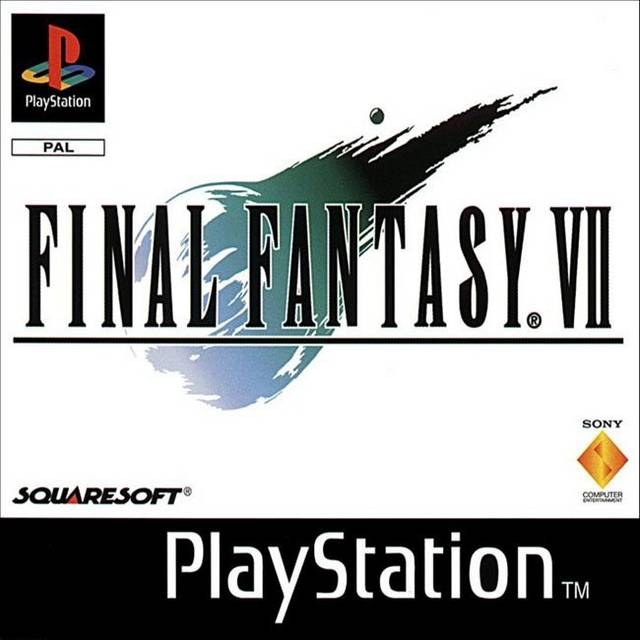 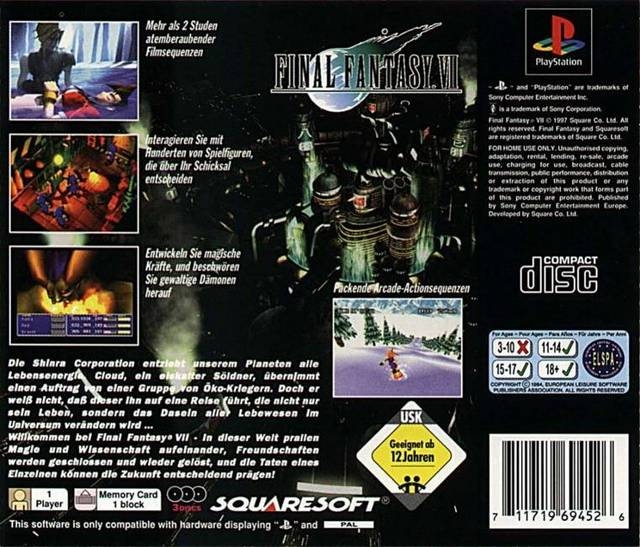 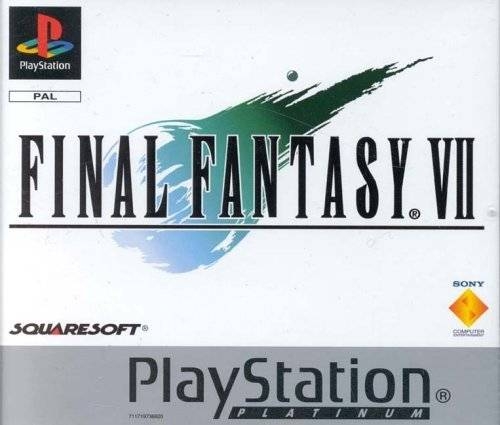 I look back on the game that started an rpg explosion

Presentation - 9.5
Gameplay - 9.0
Value - 10
special note: when i retro-review videogames i either review them based off the feelings i had for the game when i first played it, or how i would have felt about it if i played it upon first release

I was a newcomer to videogames when this game was first released, aside from Legend of The Seven Stars, this was the first non-fighting game i had ever truely tried to play. And it showed, i couldnt find my way to a door most of the time without asking my brother what to do or where to go next, this game was my introduction to epic story-telling videogames. thus it holds a very special place in my heart.

actually, at first i thought it looked stupid, i thought it was just some odd adventure game, i actually refused to play it, that is until i overheard the Final Fantasy VII main theme while my brother was playing it. in that one song i felt a tremendous amount of emotion, when i heard that sond i knew it was an epic game, and i was then dieing to play it.

Once i started playing it i was hooked, i loved it, i have never before played a game with so much story and emotional connection. I had discovered what the big fuss was all about, and in fact, i began to become an even bigger fan of the game than my brother and friends.

I hold this game so close to my heart now, that i really hope it DOES NOT get remade EVER. its far from perfect, it was far from perfect even when it was first released. but i would have it no other way, i like it BECUASE of its flaws, like all great works of art.  there is nothing any developer with any amount of money could do to recapture the magic that was the original. if it does someday get remade, i know i am not going to play it.