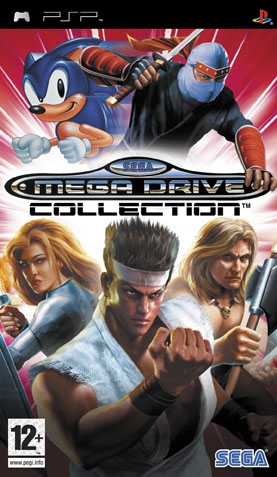 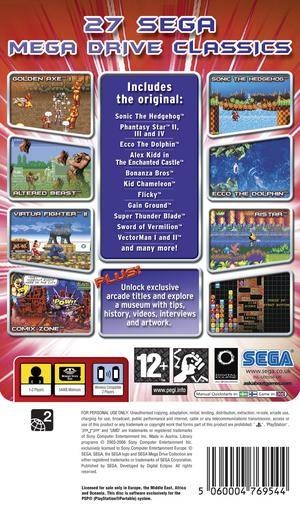 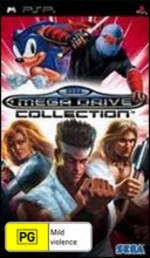 SEGA Genesis Collection features Altered Beast™, Sonic The Hedgehog™, Shinobi III™, Phantasy Star™, and the original SEGA Genesis® version of Golden Axe™. The games in the collection have been reproduced with the utmost detail and accuracy. SEGA Genesis Collection for the PSP system also marks the handheld debut of many of the titles and numerous titles in the collection will also be playable via wireless Ad Hoc modes, adding to an unrivalled portable gaming experience.

SEGA Genesis Collection features unlockable items that delve into the soul of the SEGA Genesis, including interviews with the developers that created the original titles, a museum area with interesting facts about the games, a hint area to help players complete their favorite SEGA Genesis games, and SEGA arcade titles from the Genesis era to unlock.