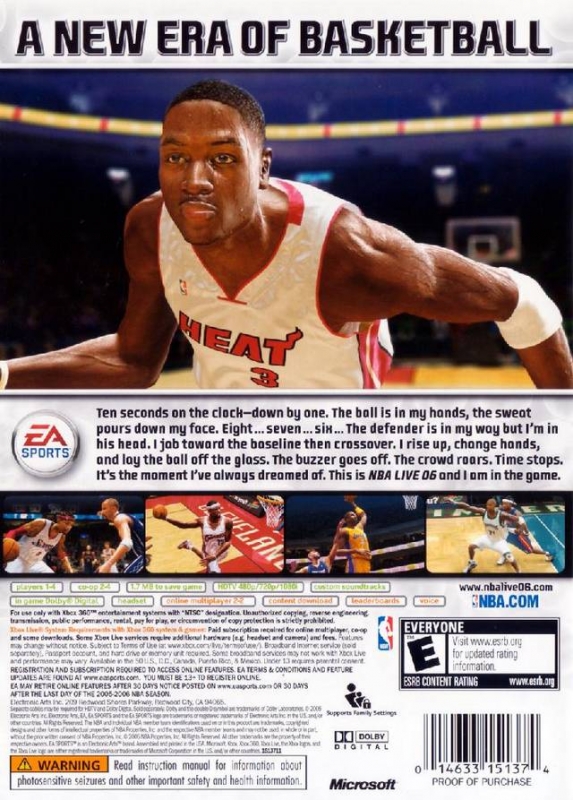 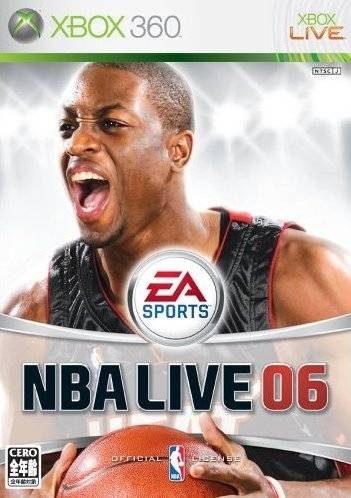 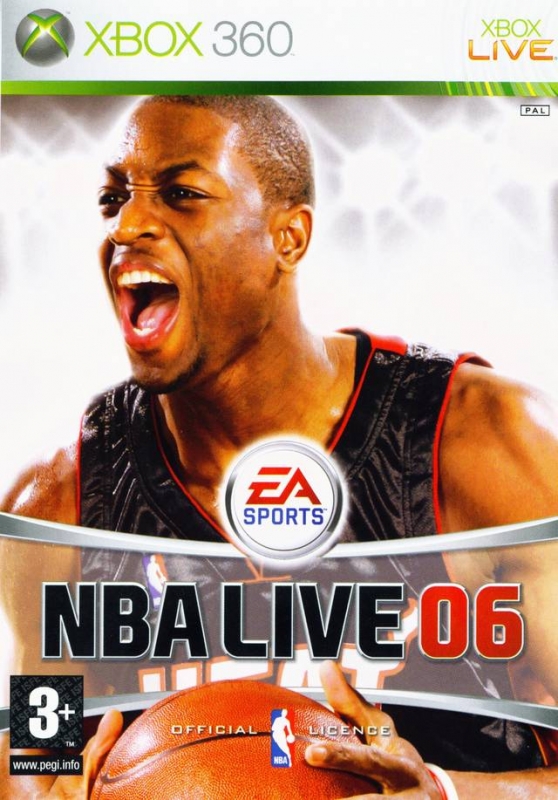 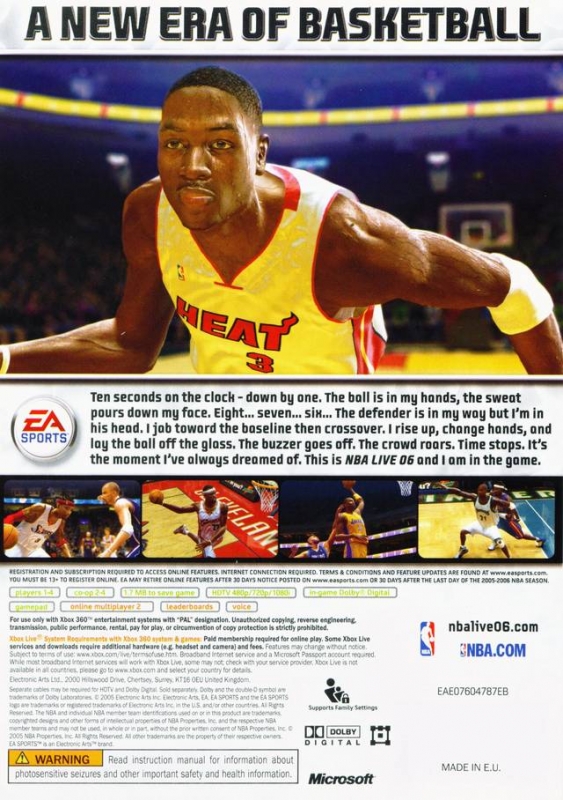 Be an NBA superstar and own the court in NBA LIVE 06, which captures the emotion and intensity of the complete basketball experience like no other pro hoops simulation on the market.

The evolution of the EA SPORTS™ Freestyle Control continues with all-new EA SPORTS™ Freestyle Superstars. Users now dictate the actions of the top NBA stars with full user control over dazzling passes, rebounds, dunks and steals within 5-on-5 gameplay. With the superstars of the NBA playing like their real-life counterparts, Playmakers deliver fast break Freestyle passes on the fly, Stoppers control the paint, and Power players dominate the opposition with powerful user-controlled dunks. An enhanced transition game yields an up-tempo, fast-break, and physical brand of basketball that features players running the lanes and awaiting the open pass.

With the NBA LIVE 06 advancements in gameplay and enhanced player graphics, the NBA’s superstars look and play more like their real-life counterparts than ever before. A rich collection of game modes adds to the deepest offering of NBA LIVE ever – including Dynasty Mode™, EA SPORTS™ Online, and NBA All-Star Weekend.