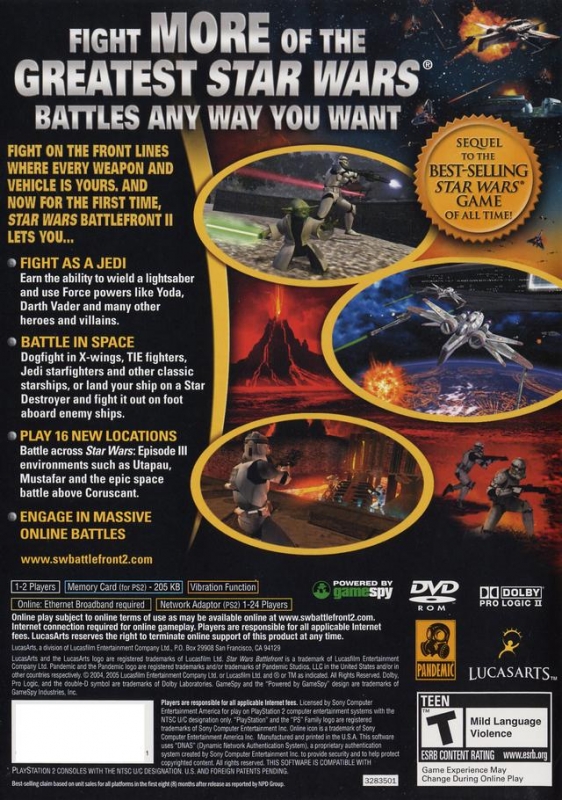 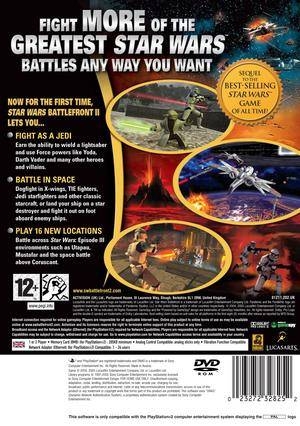 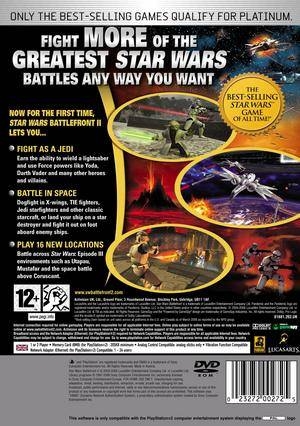 • New space battles allow you to dogfight in X-wings, TIE fighters, Jedi starfighters and several other starcraft, or fight it out on foot aboard an enemy capital ship.

• Special opportunities throughout the game for players to wield a lightsaber and use their favorite Force powers as a Jedi.

• More than 16 new battlefronts on land and in space, including many from Star Wars: Episode III Revenge of the Sith such as Utapau, Mustafar and the space battle above Coruscant.

• Online multiplayer action for up to 24 players on PS2