Microsoft has served a subpoena to Sony Interactive Entertainment as it works to build its defense against the Federal Trade Commission (FTC) lawsuit, according to a court filing reported by VideoGamesChronicle.

The court filing says Microsoft wants Sony to report on details on its PlayStation game production pipeline. Microsoft believes this information is relevant to the case and it might include confidential details that Sony would otherwise not want to share with rivals.

Sony has until January 27 to try to limit, stop, or respond to the subpoena. 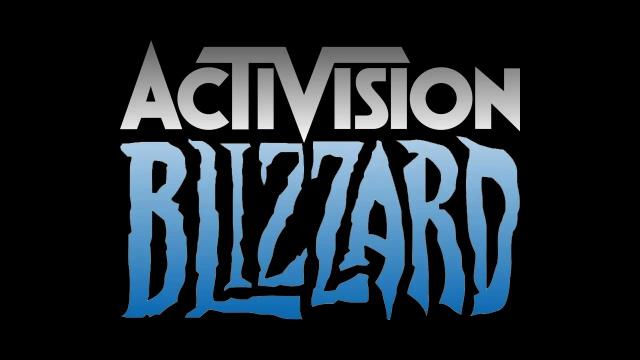 The FTC in December 2022 announced it has sued to block Microsoft's acquisition of Activision Blizzard claiming the deal would give Microsoft the ability to suppress its competitors in gaming. The deal is not only the largest in Microsoft history, but also the largest in the video game industry as a whole.

The FTC pointed to Microsoft's record of acquiring and using gaming content to suppress content from rival consoles, including its acquisition of the parent company of Bethesda Softworks, ZeniMax Media.

Discovery for court proceedings is going to expose a lot of the shitty practices companies have been doing, this is going to be fun.

Yep and we already saw some of the Sony stuff with Epic vs Apple...
This will probably be even worse for them. I understand why they are fighting it but this is really going to backfire on them.

Depends on whether or not it succeeds and it may open MS up to the same scrutiny on not just their own past dealings but the inner workings of Game pass, Sony most likely will fight this on confidentiality grounds and relevancy and if they fail they may point out that these practices could make the acquisition even more harmful to competition.

like what shady thing? MS is not the one that overwhelming goes for "everywhere but Xbox deals" taht sometimes go as far as to screw own PC users like me. Sure, there might be PR landmines, but its clear from public actions who is the worst at thist stuff. That said, people love their MS fud - so I cannot wait for MS to not actually look worse but for many to attempt to spin it that way.

Who mentioned shady things only you, my take was all parties work in a similar manner , so asking for details on how Sony conducts it's dealings may lead to the same being asked of MS .

Yes, but in fairness to @BINARYGOD's point, while the industry has a long history with exclusivity deals, "everywhere but <specific competitor>" deals seems to be without precedent prior to recent allegations of Sony signing such deals.

And as far as we know there wasn't a single document provided that proved this claim. And from memory the game that they were saying that happened there was no version released for Switch as well.

Yep, a very likely agreement between parties even if not in contract. Because let's be real it would be cheaper deal to just remove Xbox from the pool than to remove Switch as well (even if Switch would naturally not receive because of other reasons) and certainly cheaper than removing PC.

I hope as much as possible of the internal deals....are exposed on both sides.
But With this story, it's too vague to know specially what MS is asking Sony for, which means we don't know now what chance the subpoena will succeed.

"Show us how you make consistently good games and manage your studios, we need help" - Microsoft

Better go to Nintendo for that though. They can also teach you how to sell games even if they have many flaws, like Pokémon.

Can't argue with that.

The Fury TheLegendaryBigBoss (on 25 January 2023)

Made the same joke and after getting a nice set of upvotes, now down to zero. :(

I really hope something comes of this for both MS and Sony as i would really like to see how they tick.

"Microsoft wants Sony to report on details on its PlayStation game production pipeline. " - do they need some help in making games? I would think Nintendo would be the better choice here, they are more consistently on time and quality. Or the GDC is just 2 months away, they should probably attend.

Provided Microsoft has to do the same.

That's not what is being demanded though. Sony could subpoena Microsoft and Actibliz in return though.

Not sure how since MS would be subpoenaing Sony as defence against certain issues raised and while they wouldn't couch it in these terms its in a hope of finding evidence to smear Sony and so weaken any submission that they put before the FTC on the other hand Sony while vocal about the takeover isn't directly involved as a defendant , so it would be up to the the FTC or trial judge to subpoena MS for similar evidence.

Yap, nothing wrong with being transparent on both side :)

Well this is getting messy.

Might be handy actually. There was no showcase last year and state of plays have been a mixed bag. It woould be nice to get a blowout of information!

Are you going to update the report with MS already trying to subpoena like a week ago but a bunch of mistakes that Sony had to point out so MS lawyers done a revision but kept the same final date?

As a lawyer myself, this is pretty common actually, no surprise here

Human beings make errors, but considering the importance of the case this is funny.

I mean it wouldn't be surpring if it was addressed to "Playstation Inc." which doesn't exist for eg.