Microsoft has also committed to keep releasing Call of Duty on Steam alongside Xbox after the deal closes.

"Microsoft has entered into a 10-year commitment to bring Call of Duty to Nintendo following the merger of Microsoft and Activision Blizzard King," said Spencer. "Microsoft is committed to helping bring more games to more people – however they choose to play."

He added, "I'm also pleased to confirm that Microsoft has committed to continue to offer Call of Duty on Steam simultaneously to Xbox after we have closed the merger with Activision Blizzard King."

Valve President Gabe Newell in a statement to Kotaku says he did not sign Microsoft's long-term Call of Duty commitment has he trusts their intentions. 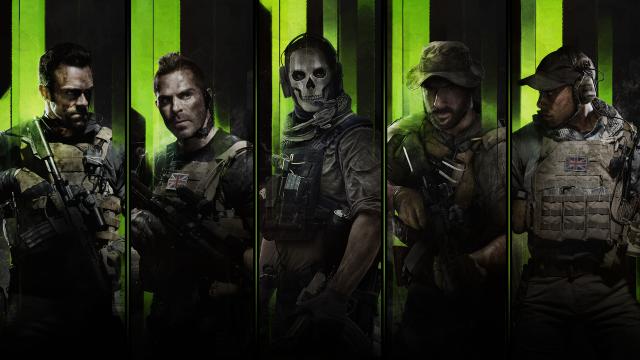 "We’re happy that Microsoft wants to continue using Steam to reach customers with Call of Duty when their Activision acquisition closes," said Newell.

"Microsoft has been on Steam for a long time and we take it as a signal that they are happy with gamers reception to that and the work we are doing. Our job is to keep building valuable features for not only Microsoft but all Steam customers and partners.

"Microsoft offered and even sent us a draft agreement for a long-term Call of Duty commitment but it wasn’t necessary for us because a) we’re not believers in requiring any partner to have an agreement that locks them to shipping games on Steam into the distant future b) Phil and the games team at Microsoft have always followed through on what they told us they would do so we trust their intentions and c) we think Microsoft has all the motivation they need to be on the platforms and devices where Call of Duty customers want to be."

So basically now all of the major industry players except Sony want this acquisition to go through. Smart moves by Xbox for sure.

This is a huge statement from Gabe and could very well be what pushes regulators to approve.

Phil Spencer is the very best thing to happen to Xbox since Halo. ( Probably should give props to Peter Moore & who ever else was responsible for the games on the 360 Generation too ).
That Gabe Newell wouldn't sign a contract regarding Call on Duty on Steam because he TRUSTS Phil, is a massive statement.
No other Xbox leader in history would have got that trust. Amazing.
Now Phil, get me more games, do better with xbox teams that are in trouble developing their games, and get you'r DVR to work at a good standard.

Spoiler: between two pages of the CoD agreement there was the approval of the launch of Half Life 3 production

In Lord Gaben we trust.

Hope that doesn't come back to bite him in the ass later. Not signing contracts in business? Okay.

I wonder how much they paid big ol gabe. This sounds like just to make microsoft look all innocent , to help get the deal approved

Gabe is a billionaire and richer than 99% of MS employees and barely works at Valve anymore lol. He just chills in New Zealand these days. He’s always been like this in business dealings over the years. Gabe doesn't do the crap you just described.

If he doesn’t like a company, he makes it known. Why do you think we call him Lord Gaben?

Didn;t gave say he'll never work with sony again early in ps3's life cycle. Than 2 years later portal 2 was the lead system, over xbox and suddenly he was in good relationships with sony

Idk about that, but he definitely hated the PS3's architecture. Which tbf, the PS3 was notoriously difficult to develop games for. But Valve didn't handle the PS3 versions of their games. They left that to EA. Maybe that's what Gabe meant that he himself wouldn't work on PS3 anymore.

I've definitely never heard of Valve having a good relationship with Sony though. They don't need to either. Considering Valve hasn't made a console game in 10 years and Half-Life: Alyx hasn't been announced for PSVR2. At least not yet.

I remember gabe walking out on stage praising sony, and then announcing portal 2 on ps3. I think this was back in 2010.

Notice he said he was "fine with it", yet he didn't sign the agreement.

He said he didn't sign because he trusts the Microsoft games team and their word alone was good enough for him, which is actually a pretty amazing thing for a competitor to say (Steam is a competing PC distribution model to Microsoft, and has been openly antagonistic towards Windows by trying to boost Linux and Mac gaming [most recently with the SteamDeck]).

Yes, but he could still sign for it, otherwise if his word is good enough, so is everyone else's word, he is not above every other company in the industry to be fine to just use words alone.

Gabe literally says he doesn't need it and explains why. You take out a small portion of the statement and be like, "but this though!" Context matters and your refusing to acknowledge the full statement.

No I saw the whole statement, I'm just saying that he likely should have signed it, because not signing it tells me he's in a half n' half mindset, because I know what his history was like prior to him leaving MS, and topping it off with "we don't buy into exclusivity", that he once went on about in the past, but I feel like none of you here remember either of those moments in time with his current statement and step back to look at the picture.

Most of the major publishers have tried to setup their own PC gaming stores in the last decade and none come close to rivalling Steam. Activision, EA, Ubisoft and Microsoft have all made their games available on Steam again as it would seem they lost more than they gained through storefront exclusivity.
Even if Microsoft change tack because Gabe didn't sign the contract it doesn't seem likely to threaten Steam's market position, giving them a position of strength. They say they don't want to force people onto their platform, and past events prove they don't need to - they eventually come back anyway.

They can if they would just do some R&D, instead of shrugging their arms and walking away.

Valve did it because they stuck around long enough to learn, all the others didn't and gave up, even Bnet is still around and that has been baked into Blizz games since the friggin 90's man, the 90's...

I take it you didn’t read the bit about why he didn’t sign it?

I think its also a Steam stance where they are saying do what you wish and in the end, they don't need CoD if it disappears. But thank you anyway. Not showing any signs of weakness over an IP.

Don't do it Gaben!!! Phil is a wolf in sheep's clothing.

Microsoft has tried repeatedly to replace Steam. Steam won. The Steam store is just quality and Microsoft continued to make a bad store (like Apple and Google also) that just can't compete.

The only competition is the Epic store at this point, which continues to improve massively.

Look at the new EA app, EA has lost their marbles and ruined their PC business and given up. It is a companion app to Steam purchases, that is what the new EA app really is, so even EA has given up against Steam.

Imagine trusting a proven liar? Like where is FFXIV?

Don't you try to steal my downvotes now. We all know Phil lies, that's like saying water is wet.

It's incorrect of you to state "We all know Phil lies," when some significant number of people clearly don't believe any such thing.

They already counting their chicken before it hatches!

Why. The commitment are of course conditional to the deal being successfully closed so there's no "counting their chicken before it hatches!" and it also serve to disprove bad faith argument made against MS intention following the deals closure.

They have to for the regulators. Sony says that they won't share cod. By offering it to Nintendo and steam and getting Nintendo to sign, it will make Sony look bad.

This is part of the birthing process for their chickens.