Nintendo of Japan has a new policy in which it can refuse to repair products if the customer has harassed its employees or made an unreasonable request, according to a report from Kyodo News.

"We made the decision after concluding our customers would understand because of the reputation we have built of faithfully responding to them," a PR at Nintendo told Kyodo News.

Reasons for refusing to report a product (via VideoGamesChronicle) includes intimidation, threats, making insulting or denigrating remarks, invasion of privacy, excessive demands like asking for free repair after the warranty has expired, demanding an apology from Nintendo, excessing repeating the same request or complaint, and defamatory comments  on social networks or websites. 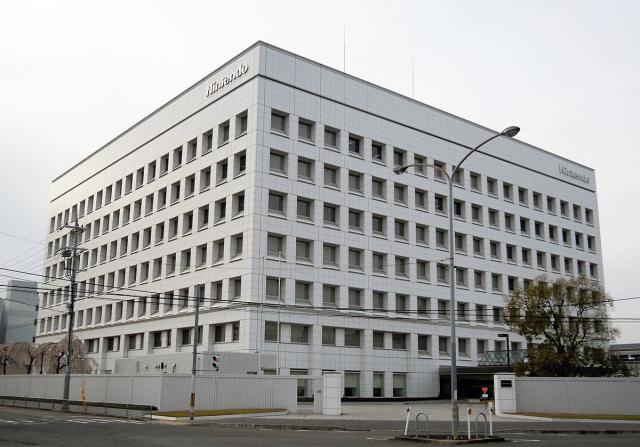 "When making an enquiry about a repaired product, please refrain from using any actions (including but not limited to those listed below) that go beyond what is socially acceptable as a means of fulfilling your request," reads Nintendo updated repairs page.

"If we deem that any of these actions have taken place, we may refuse to replace or repair the product. Furthermore, if the Company deems the conduct to be malicious, it will contact the police, a lawyer, etc. and take the appropriate action."

There are no laws in Japan that prevent harassment by customers, however, some companies have added anti-harassment rules into its terms and conditions.

"Some corporations began taking a resolute stance against the issue, which is effective," said an official at Japan’s Ministry of Health, Labor and Welfare.

Kansai University social psychology professor Hiromi Ikeuchi added, "In recent years, posts on social media have made visible the harassment various industries are exposed to, and consumer attitudes are also changing. As a result, Nintendo has successfully kept with the times by making a decision that society was ready to accept."

That's actually pretty reasonable and something more people should be doing. "The customer is always right" is only half of the quote. The other half is "in matters of taste." It's not a license for people to act like dicks because they didn't get their way.

100% Love this. This needs to apply everywhere.

To all the customers that would counter back and would say something like... "I'll take my business elsewhere then" yes please go ahead. You are not worth it and not important at all. Companies are more happier not having your money if it means they don't have to deal with your negative attitude. I feel so sad when there are good employees that had to quit because of the stress and harassment they constantly get from these stupid people.

I used to work for a call center, and you can't imagine how awful some people would be over the phone. My employer never let us have the agency to hang up on customers either. I'm glad that Nintendo is doing this. You don't get to threaten or abuse others to get your way.

I agree with this. People have become too comfortable harassing employees .

agree! Can you imagine listening to a "KAREN"?

Why was this even an issue in the first place? People shouldn't be harassing staff at all.

Why has it become an issue? Because of the internet and social media. It has trained two generations of human beings to behave without filters.

Harassing employees or anyone is not acceptable. Someone harassed me at work, good luck trying to get me to help them at the same time.

Good things come to those who keep their cool.

Tell that to hypothermia victims!

They will get the sweet release of death

This might not sound a lot, but in Japanese culture there's an infamous quote "customers are to be treated as gods" and that's why the service there is amazing. However, I think this mindset needs some change towards entitled customers like what we call Karens here. Only people that has respect should be treated with respect and goodness. P.S. I think service in America could be a bit better lol fcking rude af here, but tbf people are disrespectful in general. Chick Fil A should be the standard not Popeyes.

On the other hand, one of the worst things to happen to the US healthcare system are Press-Ganey scores, which score hospitals on petty crap rather than actual medical and surgical outcomes. Unfortunately, hospital reimbursement is based in large part on Press-Ganey scores, and a part of the reason why they exist is over justified patient frustration over rising health care costs.

Sounds entirely reasonable to me.

I had a Nintendo rep actually give me a discount on a repair, because I was kidding around and made her laugh. Their support staff are super nice to work with and very helpful.

That's fine, as long as there are some very clear criteria for what crosses the line. The way this reads here it's like "if we think you're a dick, we won't repair your stuff". And, I don't think that's really acceptable.

"and defamatory comments on social networks or websites." Aaah.

What about comments on social media or websites calling Nintendo's business practices stupid?

Customer: "So my joycons are drifting. I was wondering if I could get them repai-"

They need to make the criteria very clear.