Valve in an update video announced a reservation is no longer required to purchase a Steam Deck.

Also now available is the Steam Deck Docking Station. It is available for purchase for $89 on Steam and currently has an estimated delivery time of 1 to 2 weeks.

"Steam Deck Docking Station is designed to add extensibility to your gaming setup," reads the description to the Steam Deck Dock. "Whether connecting your Steam Deck to your living room TV, setting up on your work desk, or charging on your night stand, the Dock is perfect for extending the places and ways you can use your Steam Deck.

View an image of the Steam Deck Docking Station below: 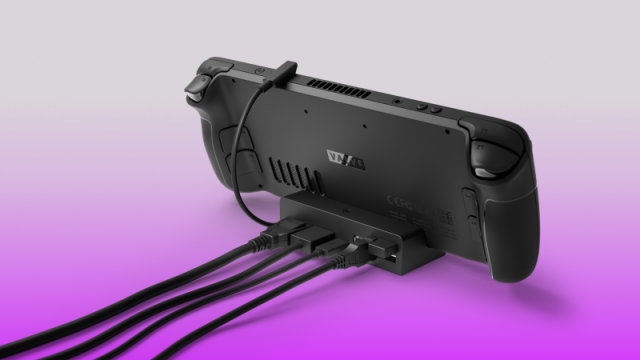 There was a report earlier this week from KDE's David Edmundson that revealed shipments for the Steam Deck have surpassed one million units.

"They have crossed over a million, and they're still processing back orders," said Edmundson.

No reservations needed anymore? So safe to say they're upping production?

Extremely tempting to buy this one. Series X and PS5 games ( 1-2 years after release) in one package.

i want a more premium 16 core GPU option, i'd rather pay $100 more and get more life out of it

What do all of those cables do?

Is it a power cord, HDMI, mouse, and keyboard?

For the docking station so you can turn your Deck into a full fledged PC and have it hooked up to two monitors since there’s an HDMI and DisplayPort. It automatically converts to desktop mode.