Sony Interactive Entertainment is reportedly working on plans to add advertisements in its free-to-play games, according to a new report from Business Insider.

The move to have ads in free-to-play games will help provide another source of revenue to developers. The report says Sony hasn't decided if it will take a cut of the ad revenue.

"The goal is for the ads to appear like they’re part of the game, like digital billboards in sports stadium," reads the report. "Formats could include ads that give viewers rewards for watching ads and promotions for in-game items like avatar skins." 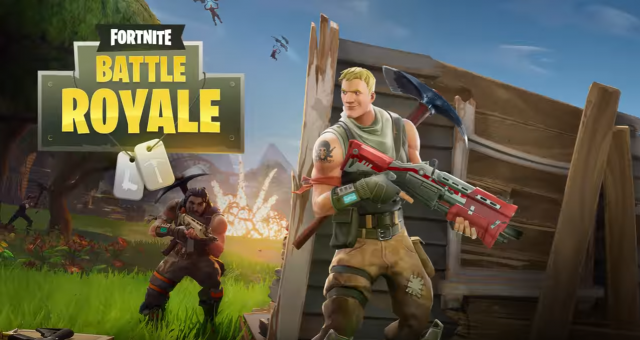 This report comes less than a week after another report that Microsoft was also looking into adding ad integration into free-to-play games. This includes billboard and/or posters for real products in the games themselves.

Two sources at the time said Microsoft "moving cautiously and intends to create a 'private marketplace,' where only select brands can insert ads into games in a way that doesn’t disrupt the gameplay experience." The advertisements will be things like "digitally rendered billboards in a car racing game."

As long as they don't feel intrusive like in mobile games.

Seems like they could be. Even if it's optional, giving away items from watching an ad basically necessitates the viewing of the ad.

"Here's this super cool, rare item. But you have to watch this Sony pictures movie trailer to get it."

This is not a step i want the video game industry to go into. Yes it is on mobile, but it has become literally unplayable for that exact reason. Literally most times i download an app that looks fun now i end up deleting under an hour bc of how obnoxious it is with ads. Ik this is far from going to be the case, but down the line it could end up like this.

I figured this was going to be the case. For this system, I was figuring Azure would be used to change ads out on a periodic basis, and Sony uses Azure for their cloud technology. So it makes sense Sony and Microsoft would be on the same page on this.

I don't want a push to Free to Play games. This is just leading to more cash grab, lazily developed trash games. The PlayStation Store (and all the other digital storefronts) are invaded by ungodly terrible shovelware titles every week already.

Legit question, what F2P does Sony and MS have?

You mean like what F2P first party games do they both offer? As far as Microsoft is concerned, just Halo Infinite multiplayer that I'm aware of. But this would cover all F2P games that are on both companies consoles like Apex Legends, Fortnite, CoD Warzone, etc.

Isn't that decision up to the game maker not platform manufacturer? They surely already get a cut of in game currency sales from their stores. Else why not put adverts in all games advertising all products? Slippery slope is all.

It is. MS and Sony are providing the tools for game makers to take advantage of this system on each console platform.

In-game advertising has been around for decades... FIFA on the Genesis had Panasonic and Adidas advertising in the game.

It's supported with Microtransactions.

Advertising is the next logical step with the 10's of millions who still play this game.

You do have to buy Minecraft.

EA's had ads in their games for years. I've played EA NHL games for years and they always have ads on the side of the board of the hockey rink, I don't see how this is any different. If its ads that prevent you from playing the game or ruining the experience (like mobile game ads) then yes that would be horrible, but if its just something in the background then doesn't hurt anybody except for the overly sensitive complainers.

that is quite common. I know I watch 7 adds a day for the prizes on final fantasy brave exvius.