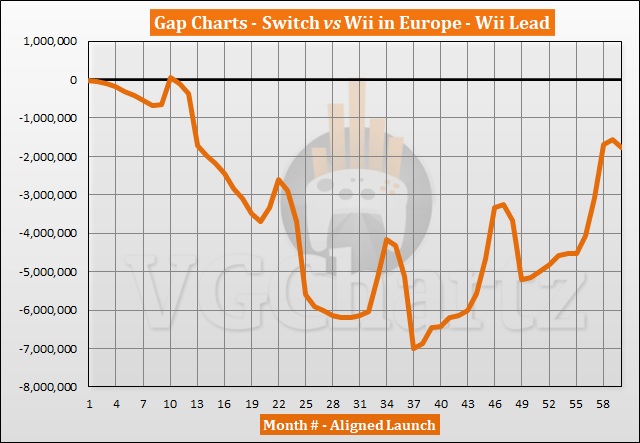 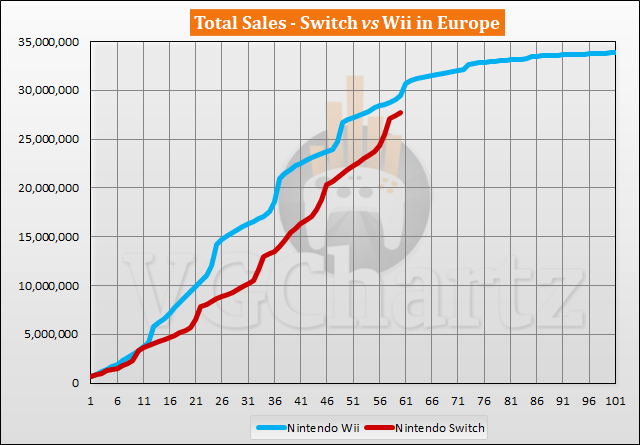 February 2022 is the 60th month that the Nintendo Switch has been available for in Europe. During the latest month, the Wii grew its lead by 209,750 units. In the last 12 months, the Switch has outsold the Wii by just 1.90 million units. The Wii is currently ahead of the Switch by 1.77 million units.

The 60th month for the Nintendo Switch is February 2022 and for the Wii it is November 2011. The Switch has sold 27.75 million units, while the Wii sold 29.51 million units during the same timeframe. The Wii sold current Switch sales in month 54.

The Wii sold 33.88 million units in Europe during its lifetime. The Switch needs to sell another 6.13 million units to outsell the Wii.

Momentum is clearly in favor of Switch and if 2022 Switch still keeps up it can beat the Wii. Looks good for Switch, more and more lifetime sales are overtaken.

Switch will definitely win this as well