Ratchet & Clank: Rift Apart has debuted in first place on the UK retail charts, according to GfK for the week ending June 12, 2021.

Sales for Ratchet & Clank: Rift Apart are similar to other released this year like New Pokémon Snap and Monster Hunter: Rise. The game did sell three times more than the last PlayStation 5 exclusive, Returnal. The game is also the second biggest PlayStation 5 launch, behind Spider-Man: Miles Morales, but ahead of Assassin's Creed Valhalla.

Chivalry 2 was the one other new game in the top 10 as it debuted in ninth place. The PS5 accounted for 41 percent of the sales, the Xbox Series version for 32 percent, followed by the PS4 version with the remaining sales.

Final Fantasy VII Remake Intergrade also debuted this week but missed the top 10 and had to settle for 12th place. 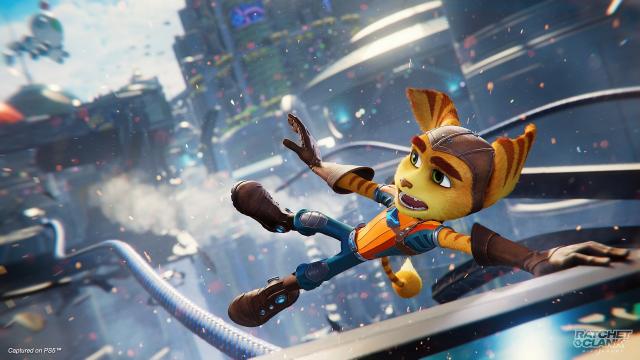 This is wild lmao. I remember I used to praise sony for their flexibility with pricing. How the times have changed.