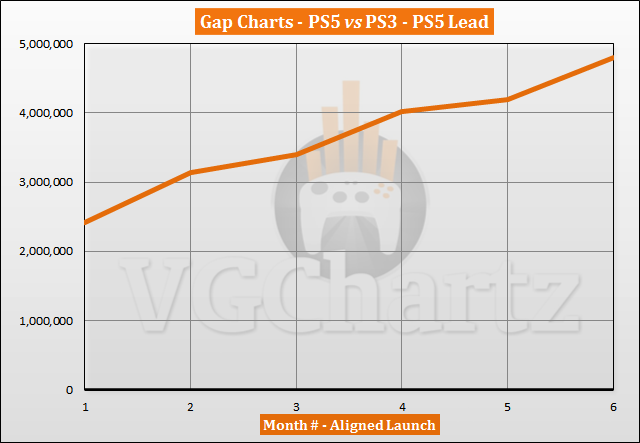 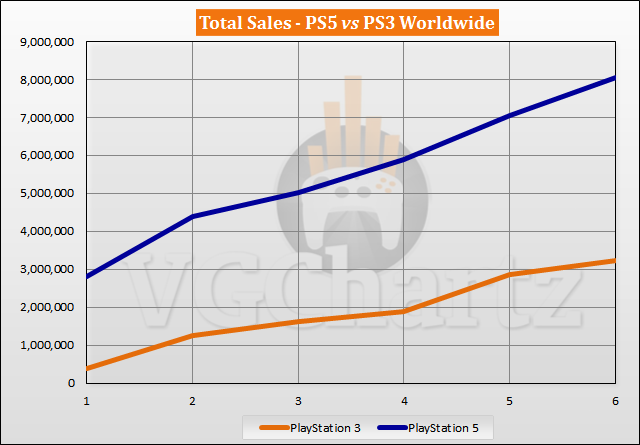 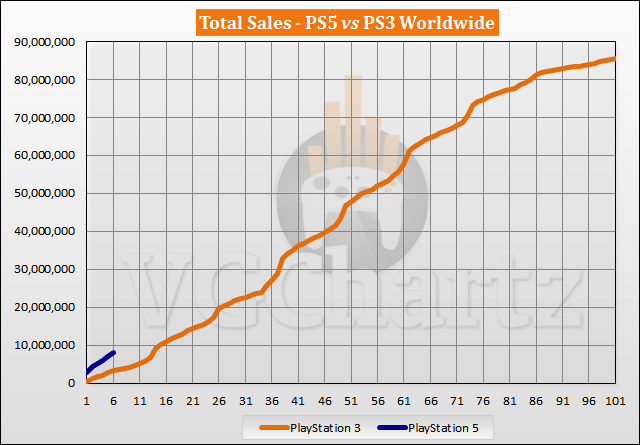 The PlayStation 3 did not reach current PlayStation 5 sales until month 14 where it had sold 9.17 million units.

I don't see the PS5 ever falling behind in this comparison, and while its lead could shrink towards the end it should be well past the PS3 total by then.

I agree, the PS3 lost too much momentum early on that couldn't be recovered by the end anymore. I expect the final tally to be somewhere between PS3 and PS4 in the end, so similar to the Wii in total sales.

Speaking of which, how about a PS5 vs Wii comparison?

I don't think it will have trouble beating it in the long run, but PS5 vs Wii could be interesting for the first many years.

PS4 had a very slow start due to it's huge price tag, but later models reversed the trend.

While I don't see the PS3 compete on sales with the PS5 during the first 4 years, I do think it could start clawing back a bit of the lead of the pS5 starting year 5 since I expect the PS5 to be more frontloaded than previous Playstation consoles.