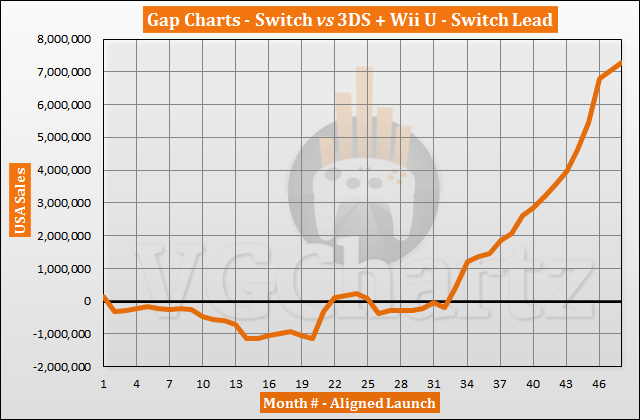 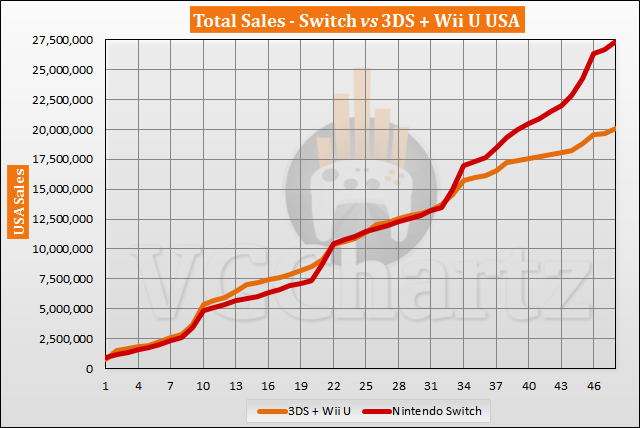 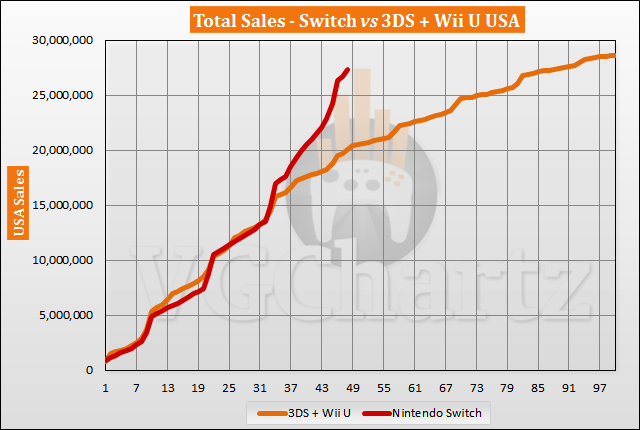 February 2021 is the 48th month that the Nintendo Switch has been available for in the US. During the latest month, the gap grew in favor of the Switch when compared to the combined sales of the 3DS and Wii U during the same timeframe by 243,017 units. In the last 12 months, the gap has grown in favor of the Switch by 5.85 million units. The Switch is currently ahead of the 3DS and Wii U by 7.29 million units.

The 3DS and Wii U have sold a combined 29.27 million units in the US. The Switch is currently 1.98 million units behind. The Wii U has been off the market for a few years, while 3DS production ended last year, however, the last remaining stock is still being sold.

So the Switch should pess the 3DS/Wii U totals just before or at the start of the holiday season, so September or October

less than 2 million to go, currently selling 150k+ per week, so more likely in May or June.

Yeah. Won't be long. But 100% before September or October.

I thought that boost was due to the coronavirus checks coming in and thus being artificially inflated and not fully representative of the next months sales. If that is not the case, then yeah, gonna be earlier than that.