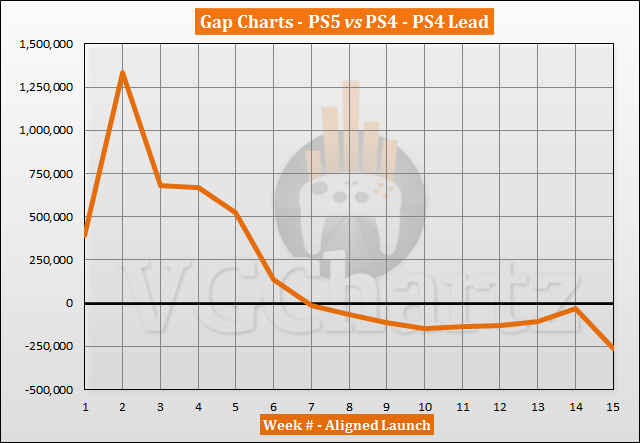 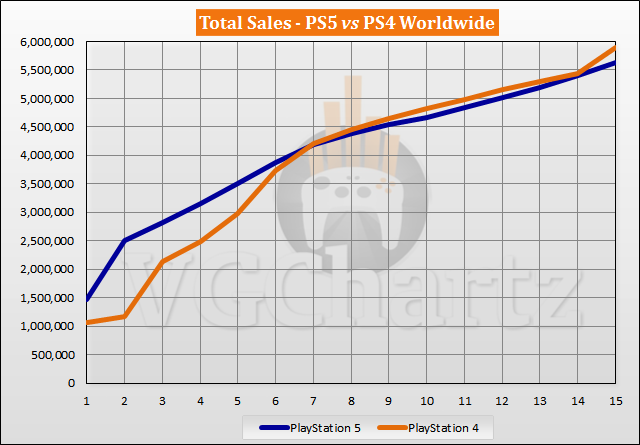 Well, I'm pretty sure that unlike in 2014 people can't buy Playstations right now. I've been trying but didn't manage to buy one, while in 2014 there were plenty of PS4 available at retailers.

Doesn't Sony expect to ship 14.8 million consoles in this fiscal year? Is that the same as PS4 or more?

Launch-April 6, 2014 7 Million
April 6, 2014-March 1 2015 13.2 Million
We are missing about a month, but this particular month VGChartz has the PS4 selling about 1.37 Million, should we assume about 1:1 ratio for shipments that month the PS5 would ship about 230k more, should Sony keep with this forecast

After the Japanese lunch, PS4 weekly sales remained bellow 200K until the release of Destiny (mid of September 2014).

If the PS5 remains with the same trend (above 200K weekly), it will pass the PS4 sales in a couple of months.

Ps5 had a considerably better launch. However, with the production issues, I can't see the ps5 doing better than the ps4's first full year. So it should do a respectable 14 million.

But maybe things will change later this year.

It's funny that both, Xbox One & Wii U, messed up with the expensive accesories that limited their price/power (Wii U controller & Kinect) against the most powerful PS4, and the bad and confusing name of both consloles too!
Even that I really liked the Wii ii and Xbox 720.

It was not only lucky competition wise, it also had some good exklusiv games output, witch the PS5 even do better if we compare the launch lineup and upcoming titels.