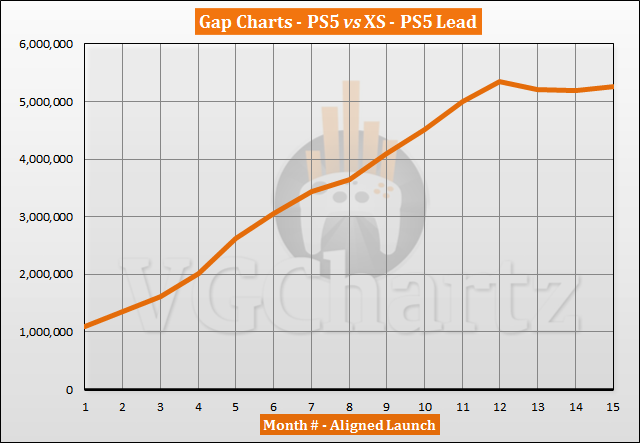 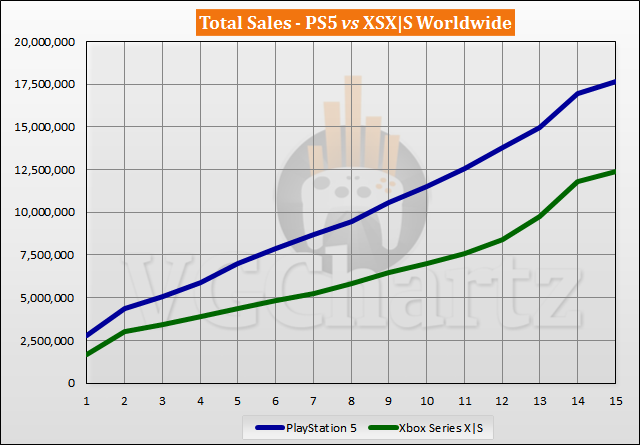 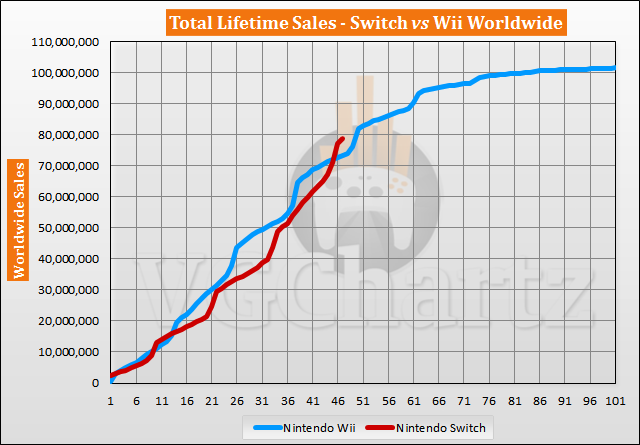 The 47th month for the Nintendo Switch is January 2021 and for the Wii it is September 2010. The Switch has sold 78.63 million units, while the Wii sold 73.18 million units during the same timeframe. The Wii sold current Switch sales in month 50.

The Wii sold 101.63 million units worldwide during its lifetime. The Switch needs to sell another 23.00 million units to outsell the Wii.

So, overcoming the Wii is now a mather of "how soon it will happen". That's nice and well deserved.

I'm starting to doubt that the Wii will even take the lead from the next holiday. I had assumed it would one more time. However, it's going to be close due to the switch's current trajectory.

Edit:But the switch will possibly overtake the Wii by the end of December 2021. Nintendo's numbers are very likely to show more shipped by then.

Switch needs roughly 3.5 million units within the next 3 months to keep the lead after Wii 2010 holiday season. It is 13 weeks, so Switch needs an average of 270k/week. Should be rather easy as long as Nintendo can deliver enough Switches. ;)

It should easily surpass 270k a week for the next 13 weeks.

That's gonna be a tight race for who's gonna be on top at the end of the Wii's holiday period.

Of course, the Switch will take the lead afterwards and never look back, but that point will be the last one in this race which will be really contested.

When was it that the Wii numbers fell off a cliff?

by the end of its 4th year I think

So basically when X-Box came out with the Kinnect. Interesting. So as long as there's no direct Switch competitor, it should be good.

The Wii started to get less exclusives from Nintendo later in it's life. That was the biggest reason for this.

Wii has a small chance of a re-cross for short period of time.