"We are truly delighted by the enthusiastic response from players and want to thank the fans for their incredible support," said Assassin’s Creed Valhalla producer Julien Laferriere in a press release.

"Delivering this game amid a global pandemic was a true tour de force by our teams and it’s fantastic to see players enjoying the game so much. Launch is only the beginning and we have robust content plans for Assassin’s Creed Valhalla that will keep players immersed in their epic Viking saga for a long time to come." 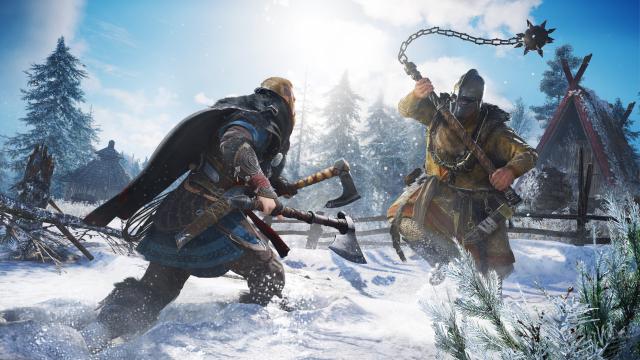 Interesting. Almost all the marketing material I have seen saw for Valhalla was tied to Xbox (understandably Microsoft tried to emphasize Valhalla as the big launch blockbuster since they don't have a first party one and I guess they paid Ubisoft a good amount for the collaboration). As such you might say they failed when 60% of the sales still are on Playstation, but the UK is Playstation-land, so I guess both Ubisoft and Microsoft are happy with this result.

That will teach them not to release buggy versions of their game but instead delay it until it's polished and ready. We the consumer have ruled again! (...yes, I'm just as guilty, I bought it too...)

I'm impressed, I thought the setting was much less interesting than the last two games, and it seems everybody complained about how long Odyssey was. Did not expect such success.

thanks to the cyberpunk delay

That and the power of a new generation launch.

Congrats Ubisoft. Still waiting on Amazon to send me the Series X I preordered in September so that I can play it.