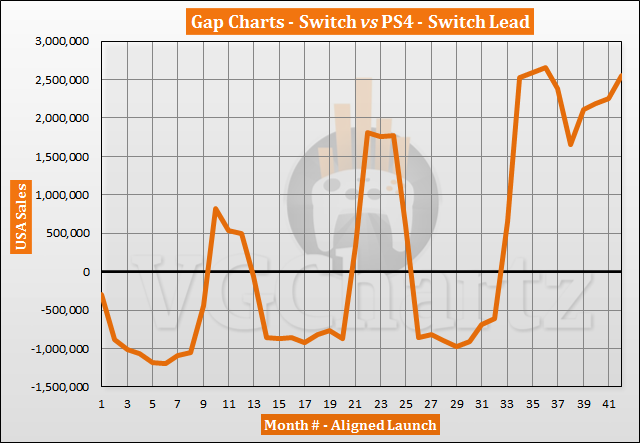 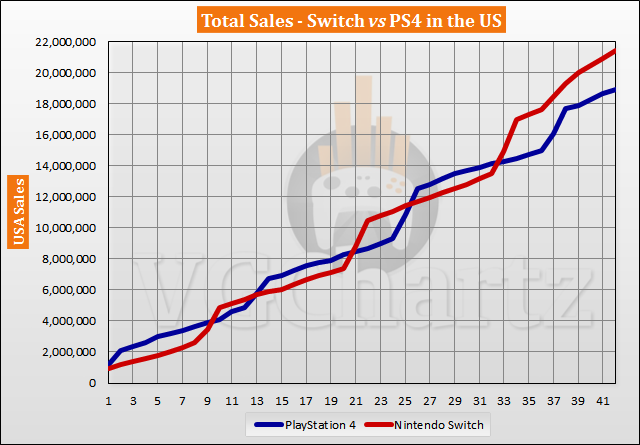 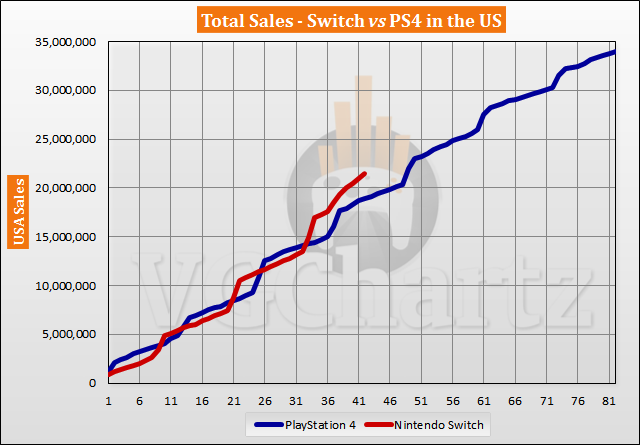 The PS4 has been available for 82 months in the US and has sold 33.98 million units. The Switch is currently 12.55 million units behind the lifetime sales of the PS4.

Damn the switch is 7 months ahead. Basically ahead without 1 holiday. With the holidays, it's gonna be monstrously ahead and wreck the PS4 sales.

did they already made a DS VS Switch comparation in USA? That one will be the most interesting since Switch is looking like can become the best selling console of all time.

I think VGChartz released an article prior for Nintendo Switch vs Nintendo DS sales. They showed the DS had a lead over the Switch slightly comparing the same timeframes. I don't remember if that was in US however... But yes the Nintendo Switch has potential to outsell Nintendo DS :)

Switch needs roughly 1.6 million within the next 8 month to keep the lead after PS4 holiday 2017. Seems like in 4 month the gap will be huge.

That's an insane lead Nintendo Switch has over Sony PS4. Like WOAH. Now we're in the later years of Sony PS4's life now, so the Nintendo Switch will continue its insane lead. Sony PS4 will pass the mantle off to Sony PS5 to finish this battle :)