As videogames have grown as a medium, more and more titles are tackling mature themes, whether it be depression through the guise of a 2D platformer or a child's escapism from an abusive parent through a 3D puzzler. When a game nails the execution of this it can provide an experience like no other; one that even different media like books and films can't rival. Unfortunately, developers often seem to get a little overwhelmed with ambition and fail to stick the landing. Such is the case with Norman's Great Illusion. 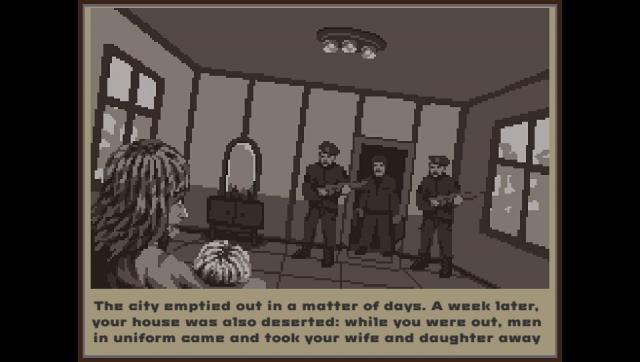 At its most basic, this is a visual novel about capitalism and how the greed of corporations comes at the expense of the everyday, hard-working man. You play as a factory worker who wakes every morning, has breakfast with his family, drives to work, and then undertakes menial tasks before returning home, only to have to do it all again the next day to make ends meet. The narrative manifests itself through choices you make at branching points - do you stop a thief knowing it's the right thing to do, or let him escape because he's probably just trying to get by while being grossly underpaid?

Norman's Great Illusion owes a great debt to Papers, Please (much like another Vita game by publisher Sometimes You that I reviewed just a couple of weeks ago, named Need a Packet?), in that it creates an extreme view of a part of society and asks you to make decisions to affect the outcome of the main character. The problem is that it's just so heavy handed with everything; all of the endings paint a bleak picture (you might pledge allegiance to the state and die in a pointless war, or protest and stay home only to have your wife and daughter snatched), and the choices you make to reach these points are equally blatant, basically asking you to side with the common man or the powers that be. 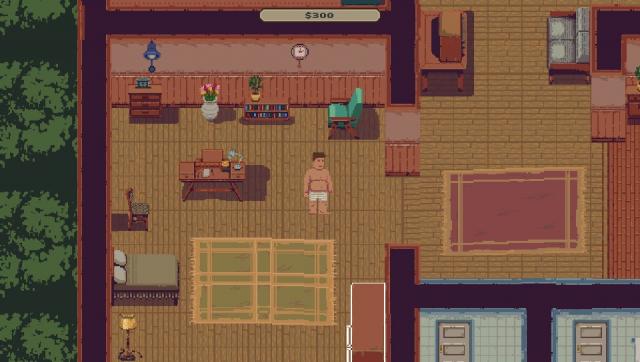 As such, it's difficult to get particularly invested with anything happening in the story, although at least the developers mix things up with the gameplay to make it more than just a pure visual novel. When you wake up each day you'll be able to look around your house in a sort of 2D RPG mode (albeit there's little to do beyond look around each room), while driving to work is a matter of stopping a meter in the right place to avoid damaging your vehicle. Once you get to the factory, you'll be tasked with completing simple sums (which took me right back to high school maths and BODMAS) before repeating it all again.

It's absolutely as tedious as it sounds. The only things that break up the monotony are the situational choices you have to make. If you pick correctly you may receive rewards (including financial ones) which will help you reach the end of the game, the overarching 'goal' (if there is one) being to keep your family alive by making enough money to survive, much like in Papers, Please. You'll get bonuses for performing well at work as well, meaning engaging the old grey matter can come in handy if you want to see things through. 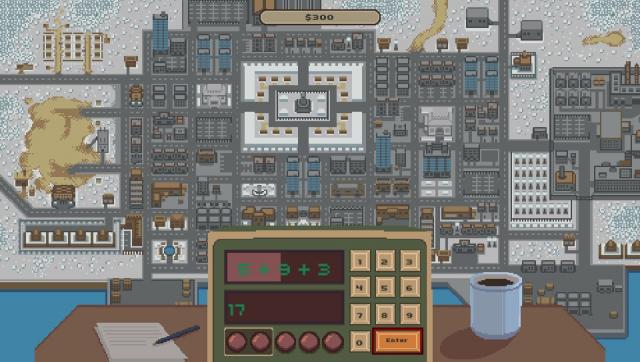 In terms of presentation, Norman's Great Illusion is a very simple game. You'll be looking at basic 2D pixel graphics throughout, although the city which you drive through on your way to work each day at least has a nice SimCity 2000 vibe to it. Little issues like the symbols for the maths part of the game (particularly the division sign) being hard to read drag the experience down, as well as a lack of animations for things like the car and the cat in your apartment (which simply moves in straight lines without changing its direction, giving off a rushed and sloppy feel).

At least music is more of a high point. There's very little of it, but what is there evoked the original Sims game to me, with upbeat piano tunes juxtaposing with the somewhat darker subject matter. It's just unfortunate that most of the rest of the game isn't really up to snuff. This impression isn't helped by the fact that Norman's Great Illusion can be completed in one sitting and there's little incentive to go back and view different endings (although there are quite a few of them). 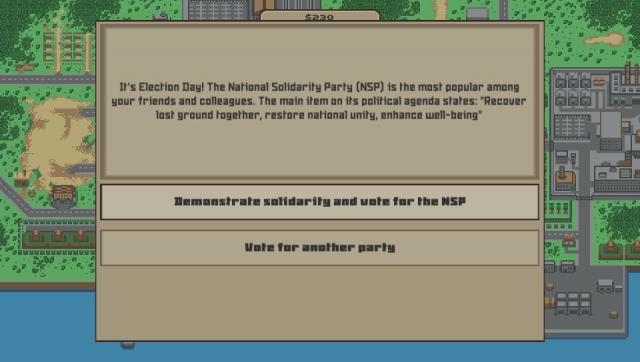 I feel like Norman's Great Illusion is a good idea for a game - an exploration of capitalism through the guise of a narrative adventure (much like Papers, Please did for communism), but unlike the title it's so heavily inspired by it doesn't really understand that putting clever and enjoyable gameplay ideas at the forefront is key.

This review is based on a digital copy of Norman's Great Illusion for the PSV, provided by the publisher.