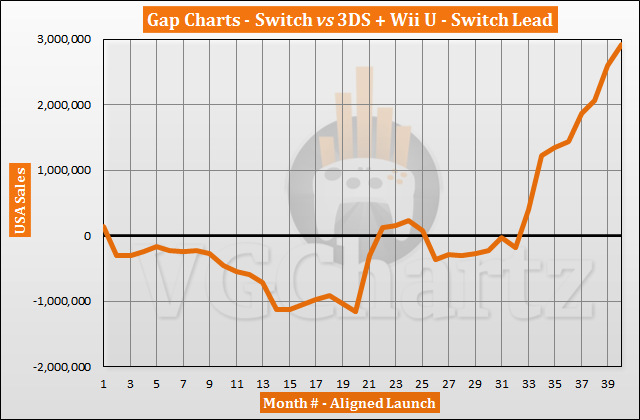 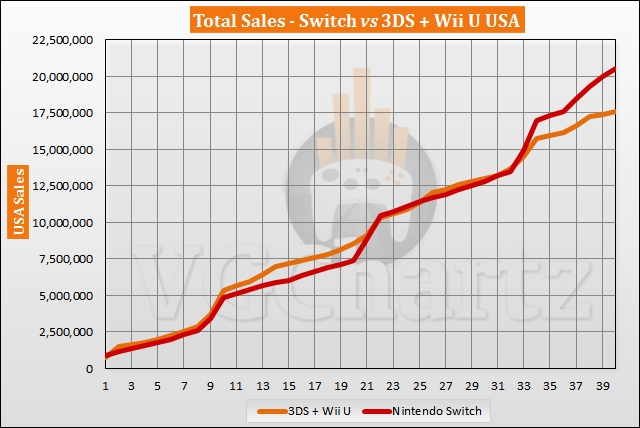 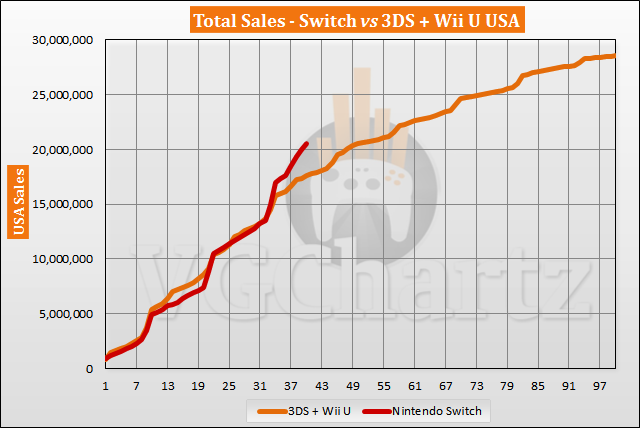 June 2020 is the 40th month that the Nintendo Switch has been available for in the US. During the latest month, the gap grew in favor of the Switch when compared to the combined sales of the 3DS and Wii U during the same timeframe by 325,137 units. In the last 12 months the gap has grown in favor of the Switch by 3.22 million units. The Switch is currently ahead of the 3DS and Wii U by 2.92 million units.

The 3DS and Wii U have sold a combined 28.87 million units in the US. The Switch is currently 8.35 million units behind. The Wii U has been off the market for a few years, while the 3DS is still on the market. However, 3DS sales have shrunk considerably and is selling well under 5,000 units per week.

Well, looks like the Switch has already about one year lead over the duo, a gap that will continue to rise very quickly.

Considering how the Switch now starts to fight back against the 3DS in Japan despite the latter being one of the bestselling consoles there, I think a comparison of Switch vs 3DS+Wii U in Japan would be more appropriate

Or alternatives a comparison with 3DS + Vita in Japan to see if it can match the combined handheld sales of last gen. Might be the Vita's one chance to actually be in a chart.

I agree, that one may be very interesting, too.