Sony Europe, Sony Australia is a branch, has been fit with a $3.5 million fine by the Australian Competition And Consumer Commission (ACCC) who found the company misleading consumers.

The Federal Court of Australia says Sony made "false and misleading representations on its website and in dealings with Australian consumers about their Australian Consumer Law (ACL) rights."

The Australian court says Sony Europe misled four consumers who believed they purchased faulty games for their PlayStation. Sony's customer service says Sony Europe was not required to provide a refund for a game once it had been downloaded or 14 days had passed since it was purchased.

"Consumer guarantee rights do not expire after a digital product has been downloaded and certainly do not disappear after 14 days or any other arbitrary date claimed by a game store or developer," ACCC Chair Rod Sims said. 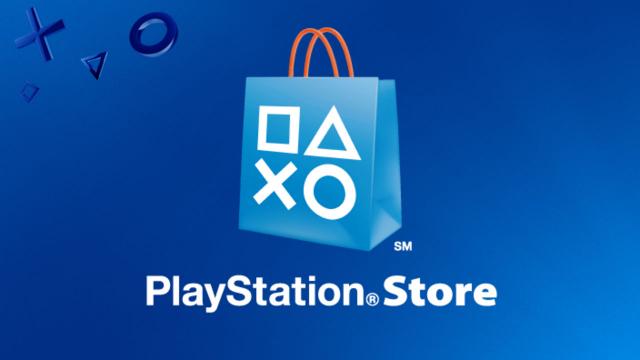 Sony Europe also told one of the four consumers it did not have to give a refund for the game unless the developer for the game authorized it. A fifth consumer was given a refund, however, it was made using virtual PlayStation currency that could only be used on the PlayStation Store.

"What Sony told these consumers was false and does not reflect the consumer guarantee rights afforded to Australian consumers under the Australian Consumer Law," Sims added. "Consumers can obtain a repair, replacement or refund directly for products with a major fault from sellers and cannot simply be sent to a product developer.

"Refunds under the consumer guarantees must also be given in cash or money transfer if the consumer originally paid in one of those ways, unless the consumer chooses to receive store credit."

From October 2017 to May 2019, Sony Europe’s Terms of Service "implied that users did not have consumer guarantee rights regarding the quality, functionality, completeness, accuracy or performance of their purchased digital games. This was false as these guarantees cannot be excluded, restricted or modified."

"Consumers who buy digital products online have exactly the same rights as they would if they made the purchase at a physical store," Sims concluded. "No matter where in the world a company has its headquarters, if it is selling to Australian consumers, the Australian Consumer Law applies."

+plus one for Australia

I've heard horror stories from numerous friends on PSN about how Sony treats refunds and such. Never experienced it myself, but again...I've heard the stories. Good on the folks that won the case. Maybe Sony will rethink things when dealing with issues like this one.

What were the faulty games?

Haven't crossed a single faulty game this gen, certainly got some bad ones. The closest I had was last gen with a glitch on a LOTR game that a boss wouldn't appear and you had to delete the game and save data and start again, and that was like 80% into the game.

I don't know if I got exactly what happened there but if those consumers had their rights violated I'm glad they won this over Sony. Companies need to know they can't do whatever they feel like because they are rich. Kudos Australia.

Basically Sony tried to override the Australian law with their own terms and conditions... And lost.

A few million dollars is a small splash in the bucket though, but hopefully it results in some policy change on Sony's behalf.

I love my PS4 and it's been amazing this generation but when it comes to digital games Sony is unscrupulous with how it treats consumers. One of the best rumors I've heard this gen is every game having a trial for PS5. If your going to treat people like this then they should at least get to try the game before buying it. It also makes people weary of going all digital when you can easily return a used game at gamestop. The US unlike Europe and Australia has no laws that stop Sony from doing this.

What is a faulty game? Never heard of such a thing. Buggy games exist for sure, but that is part and parcel of the industry and patches are the way to deal with those.

Good on the ACCC for stepping in, hopefully it results in some policy changes that benefits everyone, everywhere, it's good for the consumer. Used them previously when dealing with EA when they tried to deny my refund rights. Not only did I get my refund, but I got a heap of free extras and they got slapped with a chunky fine. Steam and Ubisoft got done in as well at one point if I remember correctly.

Yes we need more people like you who act. but also we need better educational programs about our consumer rights and become informed that companies TOS agreements do not override our statutory rights.

Ehh. Government has no legitimate place in a voluntary transaction between a consumer and a business. Unless Sony didn't do what they said they would do (that was not alleged in this case), Australia (and every other government) should stay out of it.

So the words "Consumer Protection" mean nothing to you?

When did I say that?

Government is terrible at that job. Consumers and businesses mostly do a good job of it themselves. They're not perfect, but pretty good. When companies don't do a good job serving customers, the customers leave and give their money to companies that do a good job. We've seen this a ton in video games, and most other industries. Since big business controls nearly all governments, inviting government into the transaction tilts the scale in favor of business. It is like the business having a lawyer, while the consumer represents himself.

What a misleading title kkk. I had a refund easily made on PSN, and sure refunds should be easier to get in some cases. But at the same time we know some abuse that.

How exactly is the title misleading , plus your experience in Brazil is not indicative of anything to do with the article , also the act of gaining a refund doesn't annul the fact that Sony's representations on the website were false and misleading, the Australian consumer law has a fit for purpose law which simply means a product must be able to fufill the purpose it was sold for or a full refund made.

And the process was against Sony Europe from what it seems on the article. Also what the product didn't do? Seems like you only read half my reply because I said that refunds should be made easier but also that people sometimes abuse of it.

The article doesn`t even mention the alleged defects, and put the customers believed the product wasn`t functioning without any demonstration of it not working as intended. Considering we have trophy guides for games and review it is hard to believe they had these games only 5 people believed were defective, but no evidence presented on the article to ellucidate it.

Why does it matter what the fault is? It's irrelevant.

You should reread the case and my reply because this case revolved around both Sony 's customer service and it's website giving misleading written and verbal advice contrary to consumer law , it wasn't a test of the veracity of the claims but one concerned with Sony's obligations under consumer law, that's why they were fined it wasn't a civil case .with defendants

Context always matter, if someone requires a refund based on defective product and the vendor don`t see a defect they would refuse the claim. It would be a very weird case if the tribunal looked at the case and thought... the product were fine and the claim for refund was invalid but we are going to fine the company because they said they wouldn`t refund the wrong way.

Mate your context is whats wrong , I think your confusing this case with a consumer complaint to a tribunal , and this is not what this is. the ACCC is an Australian corporate regulator their task is to handle non compliance with Australian consumer and competition law and as such they are tasked with upholding and enforcing those laws most cases are handled via the means of a compliance order but occasionally it leads to the ACCC taking court action and since these are commonwealth laws it is the federal court that has jurisdiction , in this case the federal court ruled that Sony had breached those laws
The ACCC themselves are not a claims tribunal they handle regulatory matters so when matters like this occur their only interest is whether any actions taken complied with the law,

Why does it matter what the fault is? It's irrelevant.