Riot Games has announced it has formed its own publishing label, called Riot Forge, which partners with third-party studios to developer new games set in the League of Legends universe. 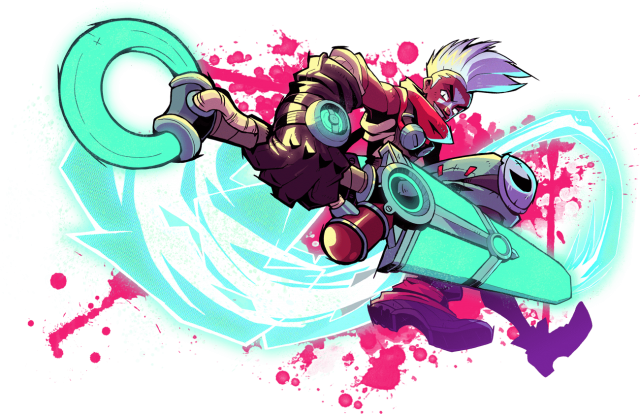 Here is an FAQ on Riot Forge:

1. How is Riot Forge different from Riot Games?

Riot Forge is a publishing label within Riot Games that complements Riot’s research and development program. Our focus is to work with experienced studios outside of Riot Games to create bespoke “completable” League of Legends games. These games will be created and developed by our partner studios and published by Riot Forge. Each game we release will expand the League of Legends universe and allow players to experience League like never before.

2. How does Riot Forge work with developers?

We empower our partner studios and enable them to find their own voice within the League of Legends universe. We guide them through the wealth of knowledge built over the last 10 years and help them stay true to League lore or advance it, by finding their own space to tell their story and re-imagine League in their own style.

Throughout the journey, we’ll provide any support from QA, localization, voice-overs, research, marketing, and more, to help get the game into the hands of players and deliver an experience any League fan or otherwise will appreciate and enjoy.

4. Which platforms will Riot Forge games release on?

Our games will go wherever players are playing, including: PC, console, and mobile. We want to make sure our games are as accessible as possible, but not every game will be released on all platforms. We aim to ensure that each of our games is designed with the right platform in mind for the best possible player experience.

5. Which developers is Riot Forge working with?

It’s too early to announce our amazing partners, but rest assured they’re already hard at work creating the incredible experiences for our players. Part of the reason we haven’t announced them publicly is to minimize any distractions for them. What we can say is that the studios we’re working with are truly fantastic and super talented. We know they are going to make incredible games!

6. When can I play a Riot Forge game?

Our developers are still early in the process of creating these great games. When they’re a little further along, we’ll announce the games that they are making.

We’re super excited to hear that you’re interested in working with us. We’re always happy to chat with potential partners and build up relationships with studios around the world. Please use the “contact us” option, and if we feel it’s a good fit we’ll get back to you with next steps. Your interest and patience is appreciated!

All future titles to be approved by China.