If you love Castlevania III or Demon's Crest, you will probably enjoy Odallus: The Dark Call. Featuring 8-bit graphics, action-platforming gameplay, replayable levels, and secrets galore, it's a mostly solid throwback to the glory days of Trevor Belmont and Firebrand. While its branching paths, optional upgrades, and diverse boss battles help elevate it among the games that inspired it, Odallus' late-game difficulty spike and collection of glitches keep it from being the heir apparent.

Unlike Castlevania and its ilk, Odallus eschews gothic horror in favor of a low-fantasy world reminiscent of Conan the Barbarian. The game stars Haggis, a soldier who long ago abandoned the battlefield, now pulled back into bloodshed and carnage when demonic forces burn his village and abscond with his young son. Developer JoyMasher deserves some credit for its original mythology of men, gods, and monsters, even as some of it is lost in dubiously-translated text. 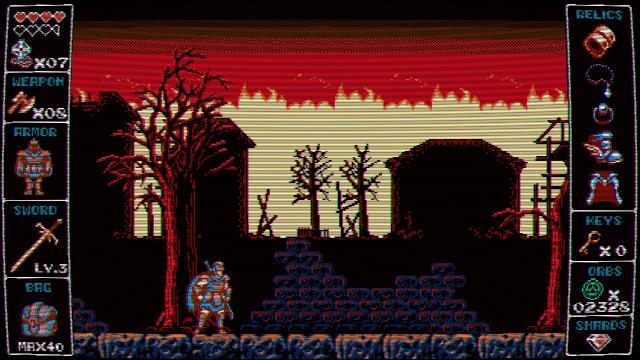 At first blush, Odallus is a linear action-platformer like the premier Castlevania game. In the first level, Haggis rushes through a burning village, picks up an axe sub-weapon, cleaves some demonic enemies, and finishes his fight against a gruesome boss. Then the title's overworld opens up and it becomes increasingly clear that not only is each level meant to be replayed for hidden loot and permanent perks, but that half the levels feature hidden exits.

This does wonders for the game. First, it infuses exploration and problem-solving into the proceedings. To locate every upgrade, discover every exit, and beat each boss—finishing every boss battle is necessary to unlock the final level—players will need to scour each stage and at times even think outside the box. It's a smart mix of linear action and open-ended adventure gameplay. Second, it provides a workaround to the game's steep difficulty. If you continue to hit your head against an especially powerful boss, you can take a detour and search for sturdier armor, a more powerful sword, a heart increase, or a sub-weapon capacity upgrade. 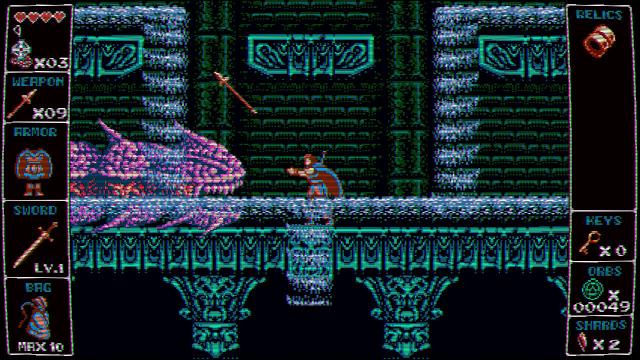 While Odallus is refreshingly forgiving for an old-school action game, its mercy terminates around the last stage, where no fewer than three bosses lurk, including a maddening final boss with an extra, final form. It's an unfortunate end for a game that's unexpectedly measured in the amount of frustration it doles out. Odallus punishes you for your mistakes, yes, but for the majority of its nine levels it never seems unfair.

Difficulty spikes are nothing compared to the greatest sin of Odallus: bugs. For most of the game, the worst technical hitch is framerate slowdown; obvious, but not game-changing. However, things turn ugly in Aquaducts Stage-2. Here I experienced several glitches, including two areas where I fell through the level, forcing a restart, and a boss battle that can only be described as calamitous. During this fight, the entire screen shuddered, leaving weird artifacts, producing double vision, and flashing bright lights (anyone at risk of photosensitive epilepsy, stop reading now). The boss is still technically beatable, but the encounter is a headache-inspiring disaster. Finally, as I beat the game and watched the end credits, the game didn't return to me to the title screen but greeted me with this unlucky message: "The software was closed because an error occurred." Long story short: wait until a patch before buying Odallus.

The bugs are a shame because Odallus more often than not delivers the goods. Three different sub-weapons and upgrade abilities like dash make fighting and moving enjoyable, and a wealth of secrets means there's always something new to find. Moreover, JoyMasher tosses in several unique set-pieces, including a couple of boating segments and some thrilling mine cart episodes. Boss battles are memorable as well. Some are agile humanoid fighters, others are hulking monstrosities that fill one third of the screen. Finally, Haggis has three alternate costumes, which are clear nods to Castlevania, Demon's Crest, and Ghosts 'n Goblins.

The nods to Capcom and Konami's early action games extend to graphics and audio design as well. Odallus features some picture-perfect sprites and catchy chiptune music that wouldn't seem out of place on NES. If you're a junkie for 8-bit graphics and sound, look no further. 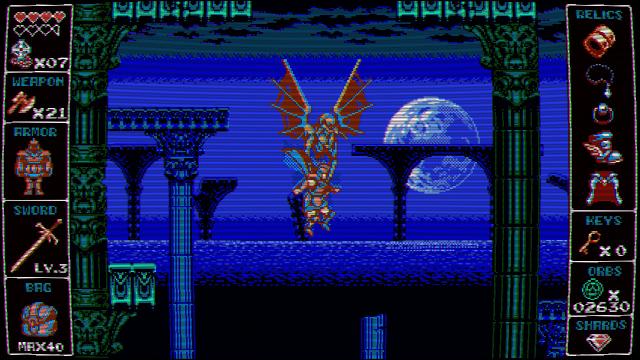 Odallus hits the mark by embracing old-school art and level design while introducing adventure elements that make the campaign simultaneously deeper and less frustrating. Regrettably, its late-game difficulty and smattering of grievous bugs work to undermine everything the game does right. Anyone who grew up loving Castlevania and Demon's Crest, keep this game on your wish list. Just don't pull the trigger until a patch is released.

Note: As of February 20, 2019 publisher Digerati has confirmed a recent patch for Odallus: The Dark Call on Switch, with a second on the way.

This review is based on a digital copy of Odallus: The Dark Call for the NS, provided by the publisher.

Hmmmmm.... I love me some Castlevania and I'm a sucker for Demon's Crest but considering those bugs you mentioned I think I'll pass, sadly. I would like to support this game but since it was already released 3.5 years ago and the bugs aren't fixed yet, I don't see them being fixed at all. I'm torn apart but I guess it's a no buy. Great review, by the way, as always. 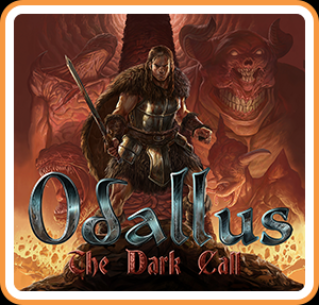