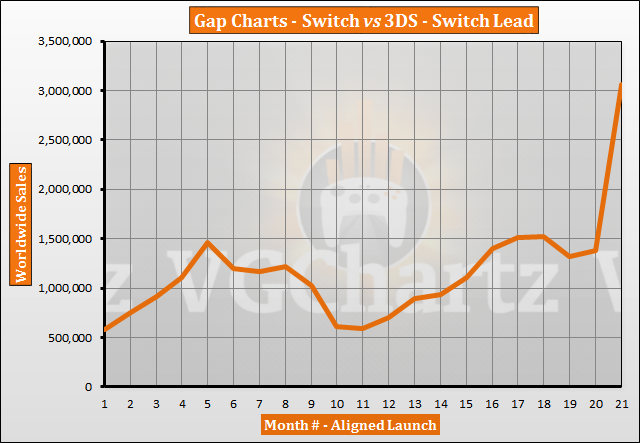 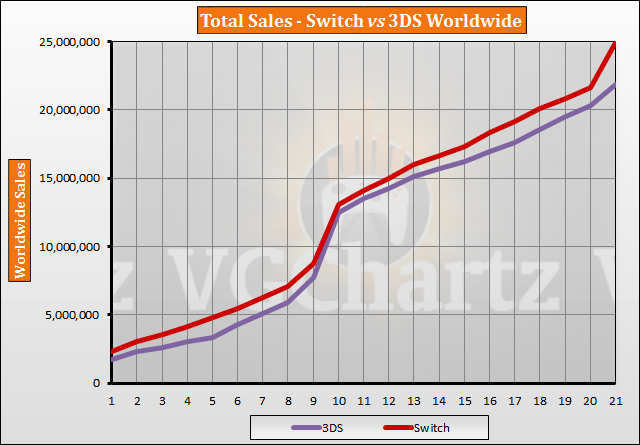 The 3DS launched in February 2011 (however, 3DS sales have been aligned to March 2011, since it only launched at the end of February in Japan), while the Nintendo Switch launched worldwide in March 2017. The Switch has sold 24.92 million units, while the 3DS sold 21.86 million units during the same timeframe.

And that's with a big price cut early on for the 3DS. Switch is outpacing the 3DS with a much higher price, just imagine how it will sell once families can buy 1 for each member. Y'all really expecting the Switch to sell 80 LT? This is literally the worst case scenario, not reaching 100 millions would be surprising to me.

Plus, the 3DS already had a hardware revision at this point; the 3DS XL, whereas the Switch has yet to have one.

Right, i wasn't sure if the Xl was out or not.. that shows even more how the Switch is selling way better than the 3DS.

It will sell around 65 million.

2019 should see improved momentum for Switch, while 3DS stayed flat. Switch sales should get further away in the future months.

Now just imagine how these charts would look if the Switch oing just as good in Japan as the 3DS did there ... it would be a slaughter. Although, a cheaper revision might do just that.

Switch is a beast! It smashes everything on its go!

The nice thing about this comparison is that it perfectly aligns with calendar months. I looked at the December 2012 numbers for the 3DS and in five weeks until the week ending January 5th 2013, it sold 4m units. Therefore Switch will grow its lead by more than 1m units again in the next update of this comparison.

The two lines in the bottom graph also show the timing of the 3DS's price cut and hardware revision. The lines drift apart until month 5, then get closer again because of the 3DS price cut. Same story in year 2 when the lines frist drift apart and then stabilize in month 18 with the launch of the 3DS XL.

In year 3 the 3DS won't have anything major to combat Switch, so Switch should grow its lead from month to month. The years afterwards are easier despite the New 3DS/New 3DS XL, because 3DS sales on the whole were always below 10m for the year.