The open world action RPG from Sony Interactive Entertainment and Guerrilla Games - Horizon: Zero Dawn - has reached a new sales milestone, according to our estimates. The game has surpassed five million units sold at retail. The figure can be viewed on the VGChartz Global Weekly Chart for the week ending June 23. 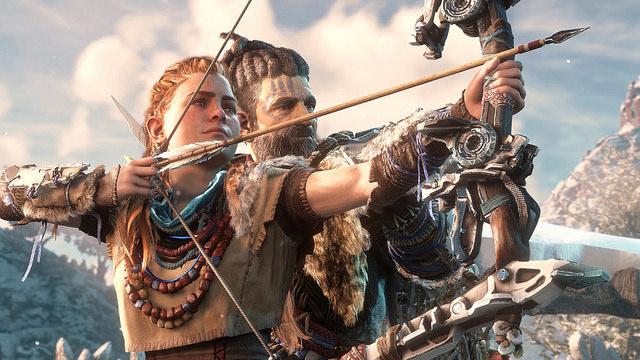 Guerrilla Games announced in March the game had sold more than 7.6 million units worldwide. VGChartz estimated retail sales of 4.74 million units at that time, which at the time would put digital sales around 2.86 million units.

Horizon: Zero Dawn released for the PlayStation 4 in North America in February 2017 and in Europe and Japan in March 2017.

Best selling Guerilla title by a huge margin. I imagine that in total, its gotta be closer to 8.5 million. Well deserved for an excellent game.

i like that you didn't say their best game by a huge margin since i love KZ2 a lot!

I see you are a man of taste

Its huge for a new IP.

That’s especially true coming off the PS3 gen where most Sony published titles were lucky to sell more than a million. Sony’s studios are doing great this gen.

Game is insanely undertracked here......it was at 7.6 million total in February.

I definitely believe it’s sold more than this at retail, but VGC doesn’t track digital; the 7.6 million was both retail and digital. If I had to guess, I’d say it’s around 5.5 million physical, 8.5 million total.

i do not believe it is only 5 million... I believe its closer to 9

That's 5 million at retail, not including digital sales.

I remember a lot of people predicting this would outsell BotW. According to Nintendo, the Switch version has sold 9.32 million as of June 30 so it's ahead by a million copies or so.

I would've never predicted that considering the Zelda brand and the way Nintendo exclusives sell well. Still, I think Horizon did a great job considering it's a brand new IP.

I can't imagine anyone would ever be ignorant enough to predict such a thing, so I call BS.

I think it was mainly based on the massive lead of the PS4 userbase, not the strength of each IP. I'm not surprised that BotW came out on top but either way, Horizon's sales are very impressive for a new IP.

The fact it's so close to BOtW is impressive.

New IP vs an ancient one with fan bases from the 80s. like comparing guardians of the galaxy 1 box office ticket sales with star wars episode 7

@ResilientFighter True but keep in mind that the PS4 had sold over 60 million units when this was released whereas the Switch was just launching and the WiiU didn't even hit 15 million. A lot of people predicted that the Switch would be another flop for Nintendo and you can't sell games if people don't own the consoles to play them

@Errorist76 Behold...
http://gamrconnect.vgchartz.com/thread.php?id=211284&page=1
The thread was started by a Sony fan and got a lot of discussion.

@psychicscubadiver Thanks for finding that! I knew I wasn't making it up!

nintendo needs zelda pokemon and mario to sell its consoles without those IP they would lose everything
sony did not rely on horizon to sell consoles in fact most of the community talked trash before its release mentioning killzone 1 as an example of what horizon would become
big difference, huge in fact so the truth remains that horizon is better in graphics and freshness while zelda is dominant in sales and fanboys calling it greatest game of the generation for all platforms
1 thread from a sonyboy does not represent millions

@Resilientfihgter
'Most of the community' *citation needed
Multiple people, whether Sony fans or neutral talked up Horizon Zero Dawn in the thread I linked and many predicted it would outsell Zelda. If you want to claim otherwise, show some proof.

I would agree that Horizon has better graphics, although I have no idea what you mean by 'freshness', as it's not a very original game. And Zelda does indeed have better sales and higher critical success (97 metascore compared to Horizon's 89) as both fans and critics declared it an excellent game.

@psychicscubadiver I couldn't agree with you more!

@Psychicscubadiver so you just said new zelda is more original than horizon hahaha
want to talk sales nintendo wii u and switch combined are not even half of ps4 sales so... enjoy those zelda sales and that 97 metascore while horizon enjoys being a huge new IP that isn't ripping itself off 30 years later

@ResilientFighter
Lol, thanks. I needed some salt for this popcorn.

enjoy more than 80 million salt for your weak recycled tablets of popcorn :D

Why do I feel that is highly disappointing?

No clue really. These are “retail” numbers. Probably 3M+ more when you add digital. I both the game both on digital and retail.

It sold more than the last Gears game, so I don’t know. Probably because you want it to.

? It was my favourite game of this gen.

a female lead and its close to 10 million including digital... what were you hoping for GTA numbers?

The answer depends; dissapointing compared to what? A brand new IP, from a relatively small developer that has never worked on anything like this, and released the same time as the biggest entry for one of gaming’s most significant IP’s. Knowing all that, and it’s more than likely going to break 10 million total LT, I’d say it’s done pretty damn good.

Oh, and I can’t neglect to mention it’s done this well with extremely limited bundling.