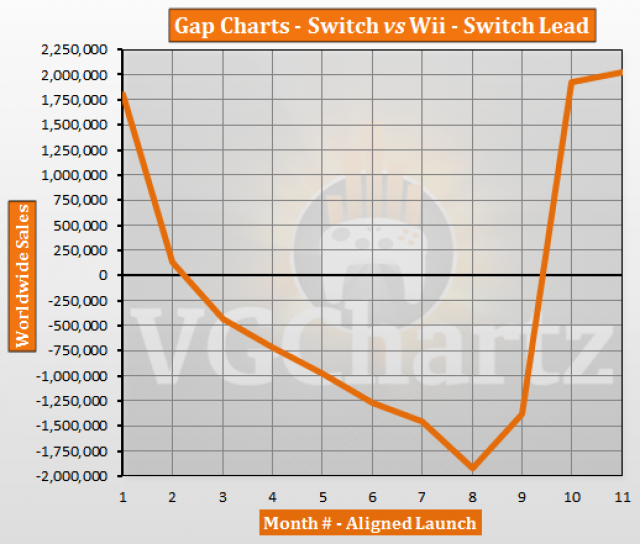 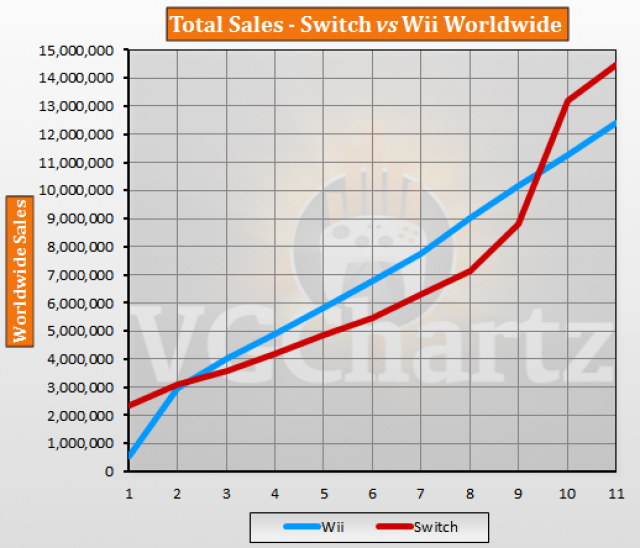 January 2018 is the 11th month that the Nintendo Switch has been available for. During the latest month the Switch has grown its lead over the Wii. The Switch outsold the Wii by 98,959 units. The Switch is currently ahead of the Wii by 2.03 million units.

As long as new Nintendo dedicated handhelds are out of the picture, expect this to keep up.

Are you pretty sure Switch is the only sort of handheld we will see in the next 6 years period?

Cool,but have you considered that he is pretty sure Switch is the only sort of handheld we will see in the next 6 year period?

Does Nintendo knows that's Pretty sure Switch is the only sort on handheld we will see in the next 6 year period?

Lmao guys my bad i have no idea how it posted 3 times i just refreshed the screen with my phone and it posted lol. Sorry :x

Lmao guys my bad i have no idea how it posted 3 times i just refreshed the screen with my phone and it posted lol. Sorry :x

Ok WHAT that wasn't intented. I am TERRIFIED now i will never post here again.

Something tells me you aren't sorry :x

I reported myself i have no idea what is going on :x

Don't refresh the page after posting a comment, that's what causes the multiple posts.

These two will switch leads (no pun intended) for the foreseeable future. Wii is about to enter its second holiday season, where it will take the lead back for the next little while.

4 million in single month is insane.

Looks kinda odd. The Wii line is so straight while Switch is really bumpy.

That's because the Wii had its holiday when it released. After that, it's just Q1, Q2 and Q4, which is why the line is so straight. Soon the Wii will have its second holidays, so the line will get bumpier.

Very impressive indeed. What are the biggest Wii games coming up?

Mario Galaxy was 2007, that's the biggest. Other games 2nd year are Metroid Prime 3, Super Paper Mario, Mario Party 8. Galaxy will life Wii up, but we don't know what Switch is getting in November just yet.

Metroid Prime 3, Super Paper Mario and Mario Party 8 are already released in these charts, although Metroid Prime 3 is America-only. Not that it matters in terms of sales.

Month 12 for Wii is empty, month 13 is Super Mario Galaxy. The charts come with the caveat that Wii's month 1 is America-only. Launched in mid-November 2006 in America. Japanese and European launches followed in early December 2006, so their sales do not appear until month 2 in the charts.

In any case, month 12 is October 2007 for Wii, so Wii is going into its holiday season while Switch's month 12 is February 2018. It will be easy for Wii to take the lead back in the next three months. Its LTD through month 14 should be above 19m which Switch isn't going to match with February, March and April sales. If Switch sold 1m units in each of those three months, it would still only reach 17.5m.

Looking further ahead, Wii had Super Smash Bros. Brawl, Mario Kart Wii and Wii Fit in the months 15-20 (January-June 2008). Switch's months 15-20 will be May-October 2018, so Wii will keep a lead. It's only in the months immediately afterwards where Switch can take the lead back, because holiday sales are bound to beat summer months. Obviously, another few months later, this situation gets flipped again.