The Pokémon spin-off fighting game published by The Pokemon Company and developed by Bandai Namco - Pokken Tournament DX - sold 167,352 units first week worldwide at retail on the Nintendo Switch, according to our estimates. First week sales can be viewed on the VGChartz Global Weekly Chart for the week ending September 23. 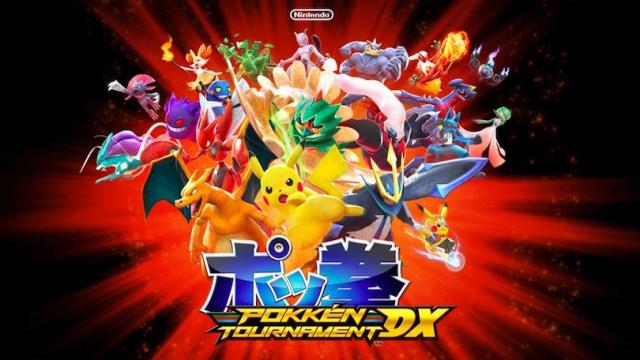 167,000 isn't bad at all for a game that is just a port, barely cost anything to port over I guess and also was barely marketed. Also until we get a proper Pokemon game on Switch this game will still have decent legs as people will pick it up in shops when they see Pokemon all over the front cover.

That, and the Wii U didn't have many games release that year to compete with Pokken Tournament.

I've updated the article to include the sales of the Wii U version.

It's simple to explain why the WiiU sales were higher.
WiiU: Drought.
Switch: No drought.

In the end I find the collaboration here a bit odd. Pokemon fans like the games for the RPG elements. Not sure how the Pokemon fanbase would translate to a semi serious fighting game really. (i.e. Pokemon Tekken)

I hated it on Wii U, huge disapointment. No way im picking it again for a few new characters.

Not great, but I doubt that anyone expected it to do much better. It may have decent legs though.

Wow, it is shocking that the Wii U version sold twice as many.

is it? this is just a port essentially and the odds are the majority of Pokemon fans who were dying to play Pokken would have gotten a Wii U for it. Just saying

This looks like it will be a game with slow but constant sales. It's not that big of a "must buy title" anymore, so people will get it when they can, or when they have a hole in their gaming lineups.

Is that more or less than the Wii U version?

It’s around half IIRC, WII U version sold upwards of 300k FW.

When you got games like breath of the wild and mario kart why would anyone care about this game?

Because it's a very solid pokemon fighting game?

Better than breath of the wild?And now theres even mario odyssey

Nice job bringing in irrelevant games. Should every game be ignored if it isn't a 97 on metacritic?

OK so if you ve got a switch and you can only afford one game you ll get pokken tournament then?

I'm just gonna stop. Not gonna continue if all you can do is ask loaded questions

I have 9 Switch games, it's easily the console I've bought software on the fastest. You act like you have to choose on game and start a war over it. You don't. If I want more Switch content, maybe I'll pick it up.

This is a good example of someone trying to explain why a game didn't sell so hot, but having it come off as dislike for the game. Cut Ggordon some slack, guys, he meant well. I think.

I don't feel like my comment was too harsh to Gordon...just explaining my viewpoint. Sorry if it came off as rude though

Your response seemed to give off the logic that any flawed game should be ignored since BotW and Odyssey exists. I know you weren't trying to troll or be rude; I hope my response didn't make you think that

Most people who bought this game, probably got BotW too. And some people simply like fighting games.