A Look Back at Titanfall, the Best (and Most Polarizing) Shooter of the 8th Gen - Article

With Titanfall 2 due out tomorrow, it seems like a good excuse to revisit the 2014 title that started it all. The original Titanfall first appeared on the national radar at E3 2013, where it quickly became a critical darling. It won over 60 awards, including an unprecedented six E3 Critics Awards. Amongst the gaming community, though, the reactions were more mixed. Some saw it as deliverance from an increasingly stale and safe genre. Others dismissed it superciliously as "Call of Duty with mechs."

What explains the divergence in opinion? First-person shooter fatigue surely played a part. Yet just as real estate is all about "location, location, location," all too often video games are about exclusives, exclusives, exclusives. The fact that Titanfall found a home on PC, Xbox One, and Xbox 360 — and not PS4 — rubbed some fans the wrong way. As a result we saw many Xbox fans championing the game as the Second Coming, and many PlayStation fans doubting its quality and appeal. 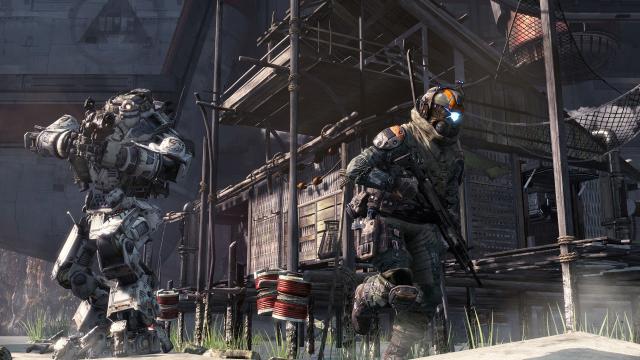 So, over two years later, who was right? Well, both sides in a way. On the commercial front, Titanfall failed to capitalize on the enormous level of hype surrounding the title in the months leading to launch in March 2014. Forbes' Paul Tassi wrote in April that "very shortly after release, the buzz seemed to fade abnormally quickly."

The exact number of units sold across three platforms is difficult to discern — developer Respawn boasted of 10 million unique players and Electronic Arts CFO Blake Jorgensen stated "a little more than 7 million units". Our estimates currently put it just shy of 5 million sold at retail. Regardless of the actual figure it's safe to say that Titanfall was neither the blockbuster hit nor the Xbox One "killer app" that many anticipated. 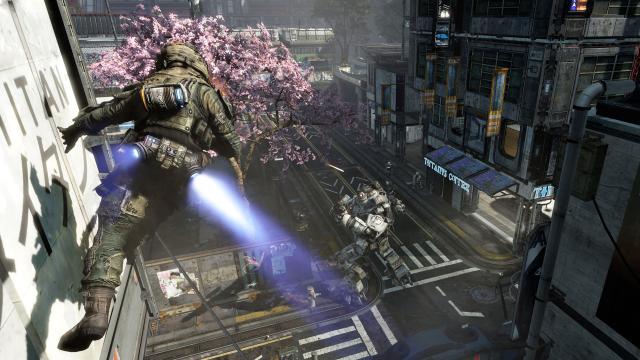 Why did Titanfall's buzz drop precipitously in the months after launch? I'd argue it hinged on two factors: lack of modes and zero offline content. Although a large number of modern gamers enjoy broadband internet and are accustomed to playing online, many remain wary of online-only games. Server support is finite and can end suddenly. Look at Dead Star, which is losing server support on November 1 after only seven months on the market, leaving only the tutorial playable.

The fact that Titanfall launched with only five modes — all multiplayer —also hurt post-launch momentum. A proper single-player campaign would have done wonders, as would a co-op mode or a free-for-all competitive mode. Extra content, including "Frontier Defense" — an addictive co-op mode inspired by Gears of War's "Horde" mode — and "Deadly Ground" did arrive eight months after launch, but it was a case of too little, too late. 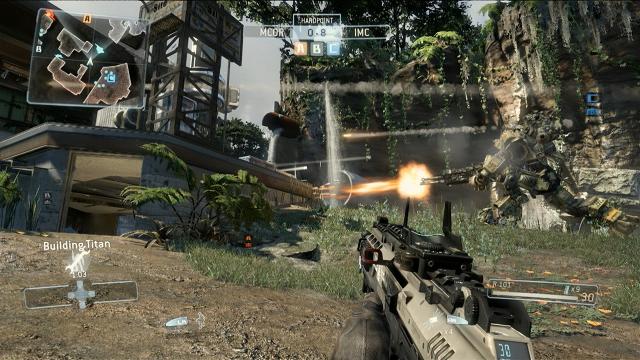 So on the commercial side of things, the Titanfall detractors were more or less correct. In terms of quality, though, the Titanfall believers found their faith justified. Put simply, Titanfall is one of the most inventive and engaging shooters in years, a must-have title for Xbox One owners, and the all-around best first-person shooter of the eighth generation (so far). Why is it so good? Well, the answer, paradoxically, has a lot to do with why many players ignored or forgot the game: the singular focus on competitive multiplayer.

Respawn's deep focus on multiplayer allowed the studio to forge one of the most accessible and balanced shooters in a generation. Staffed with industry veterans who had worked previously on Call of Duty 4: Modern Warfare and its sequel, Respawn was able to draw on its past experiences and pave a road toward the future of the genre, focusing on player mobility, survivability, and the merger of single-player tropes with multiplayer action. 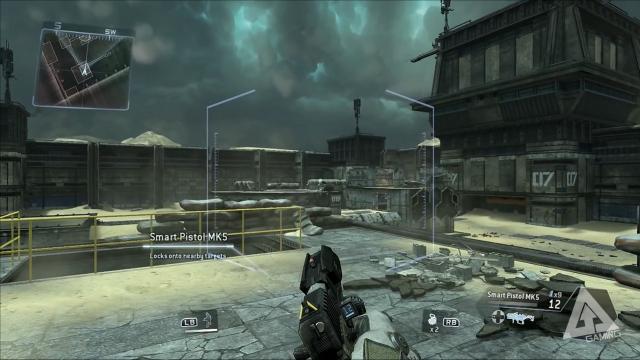 On the mobility front, Respawn scored a home run. Titanfall's pilots are fast, agile, and capable of dashing across maps like a ring-tailed lemur. The game features maps that are impressively large, vertical, and open for exploration — a far cry from the plodding, mostly-flat maps in rival shooters. Titans are of course bulkier and slower but add even more flavor to each match.

Equally important was survivability. Titanfall producer Drew McCoy explained a few months after the game launched that Respawn "looked at how you increase a player's life span without reducing the lethality of it, because that time from to kill to kill is one of the big hooks. Players like getting constant kills — they don't like being killed constantly." Enter Titanfall's much-maligned AI bots, which ease novice players into the game and act as a buffer of sorts between opposing pilots. 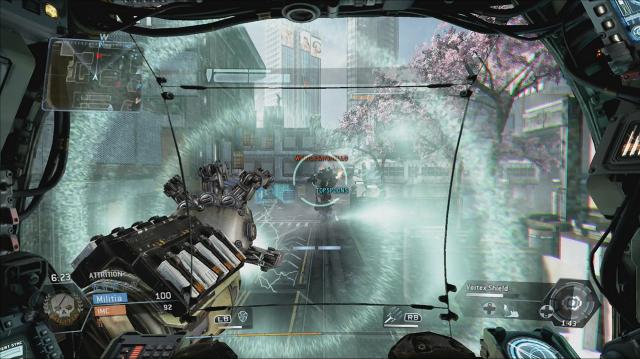 Last but not least, Respawn infused elements common to single-player campaigns into Titanfall's competitive multiplayer. With cinematic introductions, AI soldiers dotting the landscape, and an epilogue that follows every victory and defeat, each match feels like a small battle in a much larger war. Even a loss can feel like a live-to-fight-another-day scenario.

Although Titanfall failed to reach EA's lofty sales expectations and moved far fewer Xbox One units than anticipated, it stands today as a shining example of the first-person shooting genre. By drawing in creative minds and focusing deeply and intently on a single concept — competitive multiplayer — Respawn created the heir apparent to Modern Warfare, and by prioritizing mobility, survivability, and immersive single-player "moments," forged the most disruptive shooter since 2007.

Remember that Tomb Raider (2013) sold 3.4 million units in four weeks but Square Enix labeled those numbers disappointing because they failed to cross the anticipated threshold. It's not always about gross numbers.

Sure, but that in itself is insane. Its a large part of why and how we see so many studios failing these days.

In this case, ultimately EA were clearly content with the numbers, and the game was commercially successful.

You're not wrong. It's an unfortunate side effect of the "AAA" business model.

Agreed. I don't know what the answer is. I love AAA experiences with a strong story and single player like Tomb Raider and Uncharted. In some respects that makes me part of the problem.

Square Enix probably arent a good example when it comes to sales expectations. They always seem to expect much more than is realistic. Wouldnt be surprised if FFXV sells like 10m this year and SE will still call it a disappointing launch :P

Amen to that Ka-pi.

I enjoyed Titanfall 1, but it definitely didn't have enough multiplayer content at release, which resulted in the massive player drop-off rate. From what I've heard Titanfall 2 seems to have alot more content, so hopefully it will have the longevity that the first game lacked.

TF1 is easily my favourite new IP this gen. I still play regularly on Xbox One. Sadly, it's sequel isn't as good multiplayer wise.

Titanfall is definitely enjoyable but was rather hard to keep track of what was going on in the campaign playlists at times with playing different sides of the story and maps out of order but after doing it all I was happy with it.

I thought the game was okay at best. Not the best anything really.

I thought it was great fun at launch. My biggest complaints personally were the massive amount of bots compared to actual players and the lack of a single player campaign. Gameplay was excellent though...

Well, I don't like it because I like campaigns. But I also don't care much for shooters, so fuck me, right? Also, the best of 8th Gen? Pretty sure that goes to Overwatch.

Stick to 'not caring much for shooters', because Overwatch is not the best shooter of this gen. Titanfall 1 is.

Which is why people just won't shut up about Titanfall, right?

Oh wait, they did.

Says he doesnt like Titanfall because it didnt have a campaign... claims Overwatch is best shooter of the gen.
You get the irony right? :P

I don't care for Overwatch, either, I'm going off of numbers and how it's managed to stay relevant longer than a week past release.

It's too much like COD, basically COD with Mechs so I never really liked it.
I like much more realism and physics that is in CS and BF, or over-the top crazy unrealistic with funky physics in games like Q3 and UT.

It's nothing like Call of Duty. In fact, Call of Duty added wall running and boost jumps to be more like Titanfall.

Anyway, well written article. The lack of content at launch did not bother me because what we did get at launch was refined and balanced perfectly. It's been out for over two years and you won't find any consensus on any overpowered weapons or broken mechanics.

Sadly we're in a gaming world where gamers need constant progress bars complete with unlocks and loot boxes and that's the direction TF2 is going. Hope it remains a good game underneath.