As usual my inbox has been inundated with invitations to interview various developers at this year's EGX Rezzed, but this year with Furi I decided to break my own rule of never pre-arranging interviews until I’d seen the actual game in question for myself. Furi's stunning artwork had me intrigued from the offset, and so I happily arranged a time-slot to sit down with the developers, play the title, and find out more about this intriguing game. 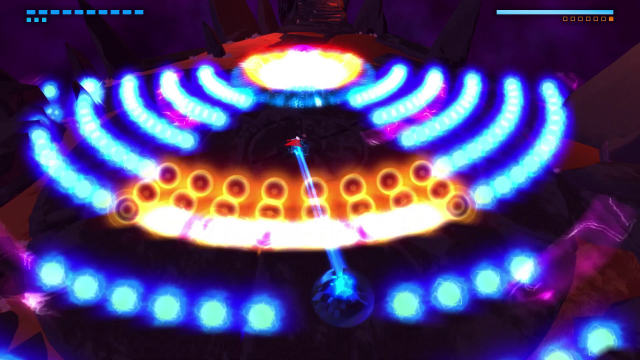 Furi is downright beautiful. The contrasting colours and animations you can see in the screenshots accompanying this preview are an absolute splendour to behold in motion.

But there's substance behind the bright lights as well. Furi revolves around multiple boss fights that are broken up by the relatively sedate journeys between them. On show at EGX Rezzed was the game's first boss fight, which is with a character who attempts to prevent our protagonist escaping his imprisonment. The fight takes place in a large arena and against a boss whose health bar is equally enormous, boasting seven key chunks. 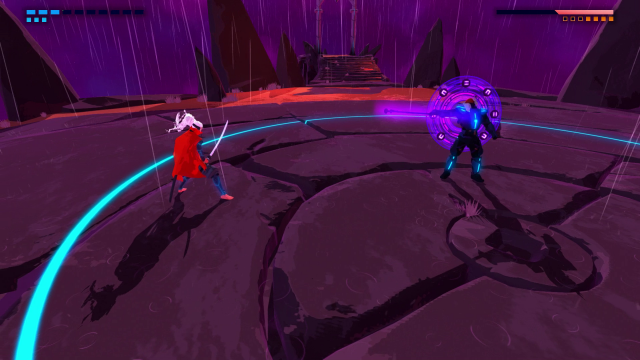 The boss fight went through several different stages. In the first the boss fires projectiles at you, forcing you to make good use of the dodge mechanic whilst also shooting at him using the right stick. When his health drops to around 50% you're able to run up to him and slash him with the square button. This triggers a close-up fight which introduces the parrying mechanic. By pressing O just as the boss is about to hit your character you’ll parry the attack and charge into an all-out offensive. Do enough damage and you'll trigger a mid-fight cut-scene, after which the boss fight becomes much more difficult, with the boss mixing up his attacks on the fly. 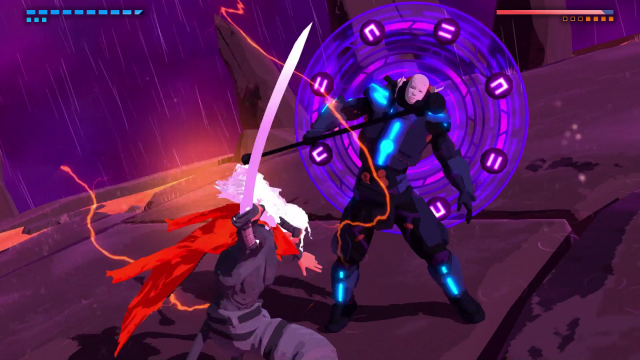 This particular boss fight, with its two-toned system of bullet-hell arcade shooting flowing straight into a 3D fighter reminded me a lot of the recently-released Pokkèn Tournament, whereby Pokémon fight in a 3D environment and then occasionally up-close in what's more akin to traditional fighter gameplay. It's important to note that this won’t always be the case - each boss mixes things up quite a bit - so I look forward to seeing what each one has in store.

Each attack you perform can also be charged. Indeed, eventually the first boss stopped reacting to my light attacks and would only take damage from charged attacks and blade attacks. It seemed a bit contrived at first, but this looks set to bring an added layer of challenge to boss fights as you progress through the game. 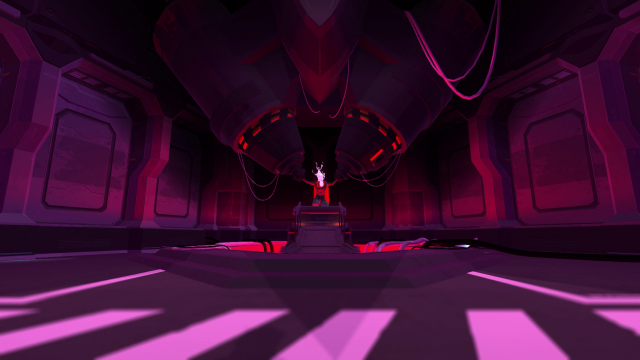 Speaking with Emeric (designer/producer), I asked if there were a set amount of boss fights in the game. The answer was yes, but he wasn't allowed to reveal the specifics; the team would like there to be some mystery and excitement for what’s in store when the game's released. Emeric did note that each boss should take 30-45 minutes, ensuring the game won’t be short and should definitely be intense and challenging.

Finally I'd like to add that, while it was difficult to hear the soundtrack on the noisy and busy show floor, I couldn’t help but be impressed with what little I did hear. Emeric told me that the team is very proud of being able to get so well-regarded electro artists on board, including Carpenter Brut. 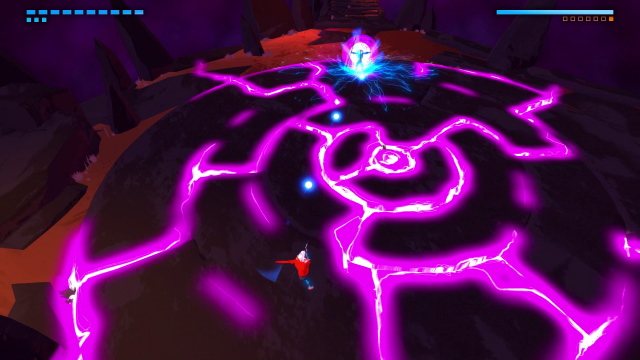 Furi is set to be released this summer on PS4 and PC.