Most Anticipated Game of 2016 - Article

All signs point to 2016 being a spectacular year for video games. Fans can look forward to new instalments from several beloved series, including Mass Effect, Final Fantasy, Street Fighter, Ratchet & Clank, Star Fox, Fire Emblem, Gears of War, and many, many more IPs. There are also plenty of great-looking indie games on the horizon: No Man's Sky, The Witness, and Cuphead, to name just a handful. It was a herculean task narrowing down such a long list of high-potential games into a short list of nominees. But we did it. The following games are the ones we're most interested in playing in the new year.

The Legend of Zelda (Wii U) 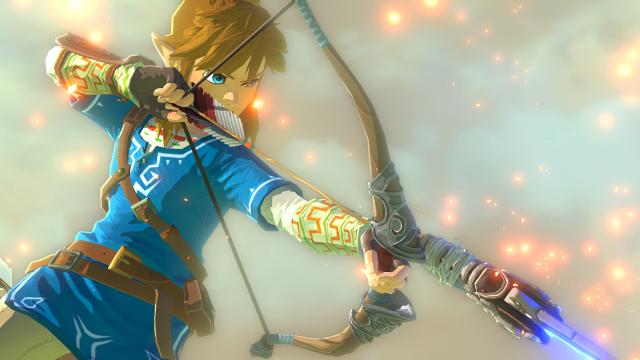 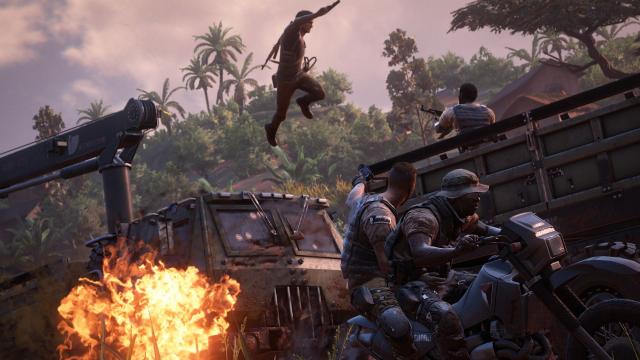 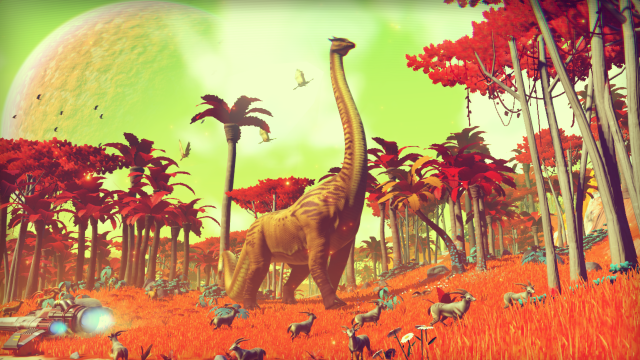 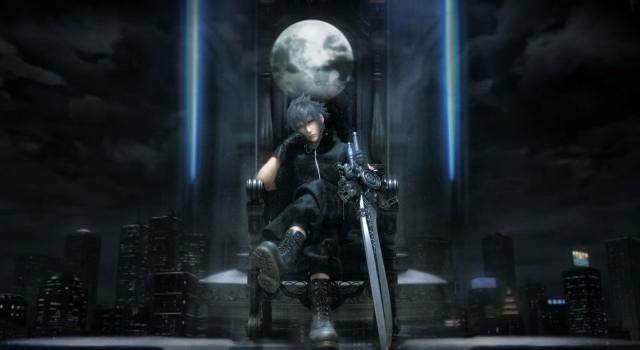 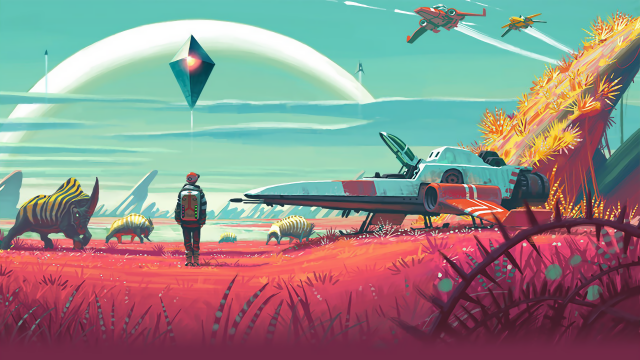 No Man's Sky is already a success story for the developers at Hello Games. The indie adventure game has received a huge amount of attention and screen time at industry conferences, and market leader Sony has promised to put the "full weight of PlayStation behind it." What's more, legions of fans can't wait to play it. And why not? The promise and potential of Hello Games' procedurally generated open universe is staggering. PlayStation 4 and Windows PC gamers will be able to explore planets and galaxies at their leisure, discovering flora and fauna, sharing planet coordinates with friends, collecting resources, and moving closer and closer to the centre of the galaxy.

Congratulations to No Man's Sky, our Most Anticipated Game of 2016. And Happy New Year to all of you! Let's hope 2016 is happy, healthy, and full of great games.

SERIOUSLY? You have Persona 5 Final fantasy 15 Zelda U and Uncharted 4 and you pick that?? Oh come on.

Oh well its your opinion. Mine is Persona 5.

We picked Persona 5 last year, if it makes you feel any better.
http://www.vgchartz.com/article/253871/most-anticipated-game-of-2015/

It's the alure of the unprecedented, the exotic. No Man's Sky's premise is so compelling. The other games are spectacular looking as well, but the newness of No Man's Sky has a special alure to it.

It's probably due to the fact it's a new IP so there's a lot of mystery surrounding it, the feeling of not knowing what to expect makes it more anticipated. Personally mine would of been P5 or FF15 but I can see where they're coming from, I'm really interested in how this game is going to play out.

That's an amazing list of games. I'm most worried about No Man's Sky but if it does deliver on its promises then it'll be an awesome experience.

lol no way.No Man Sky looks ambitious and all, but is not as anticipated as Persona 5, FF15 or Zelda.

Good lord this year is going to be good for gaming

Great game list, but bad choice for the winner....IMO.

That... Was legitimately hard to pick. Holy crap, this is going to be a good year.

No Man's Sky better not let me down!!

I politely disagree with this one, any other game would have been a better choice

I think Dreams and Horizon Zero Dawn should have been on this list as well.
Personally it's a very tough call between the two of those.

No Man's Sky does look utterly phenomenal, I would definitely like to play all of those games listed as nominees too.
I can to a pretty huge degree agree with that winner TBH, the whole idea of a game with an environment so huge and teaming with life, with the depth of gameplay to take advantage of that has me salivating.
It's the kind of thing I've wished to see in a game ever since I was a little child, watching Star Wars movies, Star Trek, other sci-fi shows and looking at sci-fi art, while playing games since I was young has made me wish for this for decades and now it's finally going to happen. I have great faith in Hello Games.

2016 is an awesome year for video games, probably the best in a very long time!

Out of the games on the list here, No Man's Sky is the one I'm least looking forward to. My choice would be either Final Fantasy XV, Persona 5, or Uncharted 4.

No Man's Sky looks so stunning and full of potential. It's like a Jack Vance or Isaac Asimov novel come to life in video game form, which as a sci-fi geek really appeals to me.

I'm glad others on staff thought it deserved the award.

All of them are full of potential. NMS is the one's that looks the the simplest when it comes to gameplay mechanics. It has its charm, don't get me wrong. But others project are investing heavily in deep gameplay, dynamic systems, and creating characters and a world that can actually grab you emotionally.
Boooooooo.

Lmao first Splatoon and now this. TLG is one of the most hyped games ever and the mystery surrounding Zelda U is just insane.

All those games bar one are on Playstation. What a great year it has coming!

Even if it was sure that Zelda is released in 2016, I'm absolutly not waiting for it. BTW, why is not Horizon ZD in that list?

WOW, This is almost the exact same list as last year's. 4 out of 6 games.

SERIOUSLY? You have Persona 5 Final fantasy 15 Zelda U and Uncharted 4 and you pick that?? Oh come on.

.Oh well its your opinion. Mine is Persona 5.

WHAT THE HECK? out of all those you picked No Man's Sky. and where is Horizon Zero Dawn?

No Mans Sky has shown us absolutely nothing. I have no idea what the point of that game is other than to just explore random planets with random animals that make the same annoying sounds. This game has no depth from what I have seen and I was really really excited about it initially.

No Mans Sky has shown us absolutely nothing. I have no idea what the point of that game is other than to just explore random planets with random animals that make the same annoying sounds. This game has no depth from what I have seen and I was really really excited about it initially.

My most anticipated games are No Man's Sky, FFXV, The Division and that's it. Between those three I'm looking forward to No Man's Sky the most.

I've heard of all these except for No Man's Sky! Maybe I should look into it, now that it's considered the most anticipated. Lol

This thing opened my eyes more for No Man's Sky. I watched more videos about it and it looks very interesting.

For me it's Horizon: Zero Dawn.

I do want to play it, but no way is No Man's Sky, the most anticipated.

It's probably due to the fact it's a new IP so there's a lot of mystery surrounding it, the feeling of not knowing what to expect makes it more anticipated. Personally mine would of been P5 or FF15 but I can see where they're coming from, I'm really interested in how this game is going to play out.

No Mans Sky... probably the least anticipated game on the list :P

I applaud the courageous choice. No man's sky looks to be the most innoative of these titles and capable of redefining games development if it delivers. The last guardian could also be one amazingly unique game. But the others are just hype. Uncharted more of the same. FFXV... geez have we learned nothing from square? We don't even know if it will be a good game yet. Persona 5 and zelda U are steps foward for the respective series, but they won't be breaking any ground. Definitly an interesting choice.

No Man's Sky? Really? I mean, really? A game that showed nothing but generic, souless and random worlds filled with nothing. Good luck with this walking/flying simulator. This will most likely be the most disappointing game of the year. Mark my words. lol

Any of the other 5 games deserved MUCH more and have much more hype surrounding them as well.

I agree with you.

Mine is the Division

Honestly XCOM 2 was mine even though it;s not among the list.

Ikr, mine would be hearts of Iron IV, which is also not listed. Probably considered too niche

2016 is making me extremely hyped. 2015 left me very disappointed. Zelda Wii U, No Man's Sky, New Persona, Final Fantasy, Unannounced mainseries Pokemon...I think people may disagree, but I feel like 2016 will be a better year for gamers. Less disappointments.

Lol. Wait. Don't get me wrong, I am stoked as hell for No Man's Sky, it's just surprising to see so many other people are as well. Especially against some huge titles like this. Very promising news for the developer.

NMS is the staff pick, not community votes
It says right below that Zelda had the most votes, not NMS

Wow, such a Playstation centric list. This must have been voted by the VGC community.

Nope, the list is made based on the staff's voting. Community voting applies only to the community award.

Oh. I have to say I'm a little surprised. But at least there's one Nintendo game. ;)

Community Choice has been better most of the time.

For me its zelda ^^ come on its a huge open world zelda. I been waiting for this my whole life

Then No Man's Sky better live up to it's hype. The PS4 was a big let down, so I'm skeptical about a game that claims to be that expansive.