This sequel is not a gray area!

It's about this time in a Pokémon generation cycle that Gamefreak releases the "third version"; the game that adds on features to the original release but is ostensibly the same game that had just released a year or two prior. So here begins my review for Pokémon Gray...

But, it is true. The first official sequel in the Pokémon series has arrived. Black 2 & White 2 take place two years after the events of Pokémon Black & White. Team Plasma has split into two factions: one wishes to release all Pokémon and take over Unova under Ghestis, while the other wishes to atone for their transgressions in Black & White by taking in abandoned Pokémon, finding new trainers for them, and opposing the current Team Plasma and their evil plans. Through all of this, the player must not only beat eight Pokémon gyms and challenge the Pokémon League, but also must stop Team Plasma from destroying Unova.

I must say it's not a full revamp of a sequel; it's still closer to Pokémon's normal strategy of the "third version". However, it's not a complete retread, thanks to new areas, the return of previous generation Pokémon, and especially the expansion of Black & White's story. 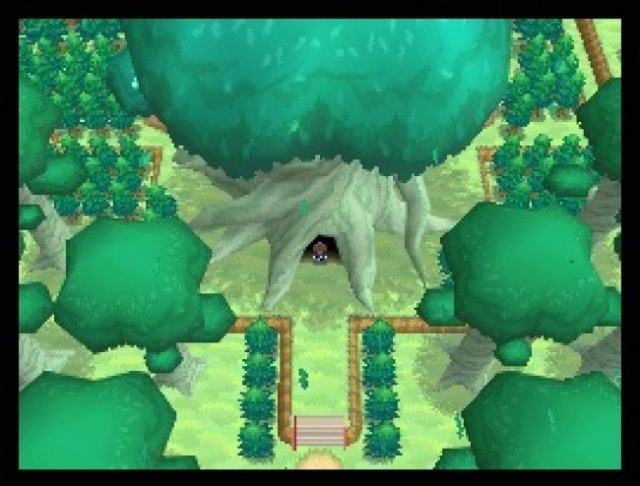 Pokémon is a series that has never had much of a story, but that changed with the Team Plasma storyline that began in Black & White and continues in Black 2 & White 2. The overarching threat of the villainous team is nothing new to the series, but the grand scale of the attack plan and the cutscenes makes Team Plasma more fearsome than any of the Pokémon opposition to date. The cutscenes themselves make the climactic events of the story hit home. I only wish there were more of them throughout the game.

If you have a Black & White save file, you can link it with Black 2 & White 2 (either through Nintendo WFC or locally with a second DS) through the Unova Link on the main menu. Doing so will change some minor dialogue in Black 2 & White 2, such as certain characters referring to your Black & White character by name when they talk about the hero of Unova. It also adds flashbacks which detail some of the events that connect both Black & White entries. They are cool little videos, but nothing major is lost if you never played Black & White - you can enter the game fresh without issue.

Have you played a Pokémon game any time in the past 14 years? Then you know how the basic gameplay of Black 2 & White 2 works. You get your first Pokémon and Pokédex in your home town and set off on a journey to catch 'em all. Each Pokémon can know four moves at a time and battles other Pokémon in either Single, Double, Triple or Rotation formats. Hold items, abilities, weather effects, and entry hazards are among the many elements of battle that make combat a strategic affair, especially in multiplayer, where two players have made teams to follow a strategy. In-game, the opposing Pokémon are stronger than in past generations, but still easy enough to beat with any team of Pokémon, as usual. 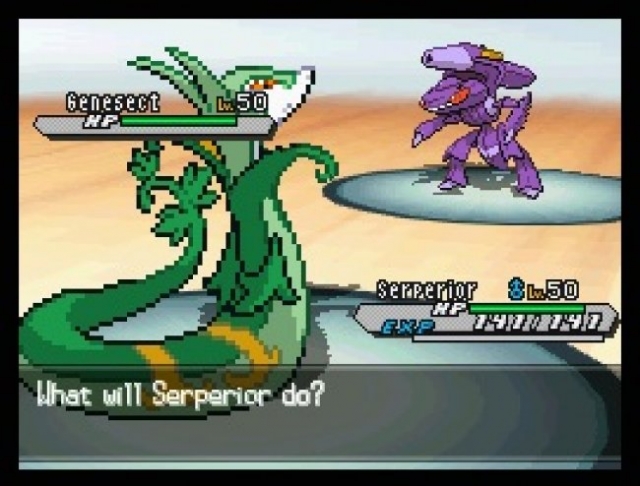 New to the adventure are old Pokémon from the past generations. While Black & White only had brand new Pokémon until the Pokémon League was defeated, Black 2 & White 2 adds in a smattering of Pokémon from each of the past four generations. Playing through the game and encountering all of these Pokémon is like a trip through the series timeline. Pokémon from a veteran trainer's glory days in Kanto mix in with other denizens of Johto, Hoenn, Sinnoh, and Unova, making Black 2 & White 2 feel like one big family reunion with everyone invited. There are a total of 301 Pokémon in the Unova Dex, and after beating the game you get the National Dex, which opens up the Pokédex to include all 649 Pokémon. Trading with other trainers (locally or online) will be necessary to catch 'em all.

There are plenty of new features in Black 2 & White 2. The first is Join Avenue, a shopping conglomerate that expands as you connect with players locally or wirelessly. As Join Avenue grows, you gain access to items and bonuses not available anywhere else. Hidden Grottos appear on certain routes, allowing access to special items or Pokémon with special abilities normally only found through the online Dream World. Many new cities, tunnels, and dungeons have been added to the game, from the starting town of Aspertia to the deserts of Lentimas Town and a revamped Victory Road. These locations make the world of Unova feel so similar, and yet so different at the same time. Some other minor changes affect competitive players trying to make the strongest Pokémon possible, such as Nature inheritance in breeding and special EV boosting items available in Join Avenue.

The two major additions to Black & White 2 are Pokestar Studios and Pokémon World Tournament. Pokestar Studios tasks you and your Pokémon to follow the script in a staged battle which is used to film a short movie. It is possible to deviate from the script, however, too much of a deviation will cause the movie to flop. Once filming is complete, the movie is made immediately and you can watch it, as well as see the audience reaction to your film. Pokestar Studios is the new sideshow event for this game, following in the footsteps of the Pokémon Contest and the Pokémon Musical (which is still available in Black & White 2). 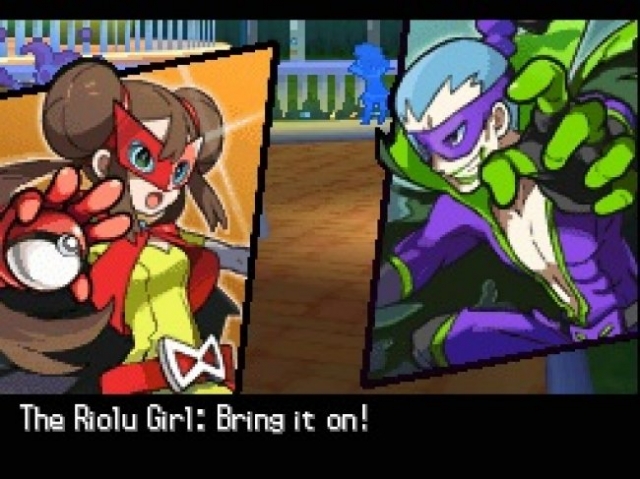 Pokémon World Tournament pits you against strong trainers from around the world in a tournament for supremacy. This mode will bring out the nostalgia in any Pokémon veteran, as Gym Leaders and Champions from all of the past Pokémon titles will enter these competitions. Do you miss Brock and Misty? Ready to face off against Whitney's devastating Miltank one more time? They and many others await you in the World Tournament. Victory in the PWT earns you Battle Points that can be exchanged for various items and TMs. These Battle Points can also be obtained in the Battle Subway, a separate competition akin to the Battle Tower of past titles.

Graphics in Black 2 & White 2 are the same as their predecessors, which means they are very good, showing the details of each town while having the camera pull out to experience the scope of large areas like Castelia City and the Marine Tube. Remember, this is a game made for the original DS, so considering that, the graphics are quite nice. The soundtrack includes many tunes from the previous installment, but also remixes a few of them and adds in some brand new songs for the new areas, legendary Pokémon battles, and new trainers. The songs retain that distinct percussion sound so prevalent in Pokémon titles and every new song feels like it fits right in with the songs of Pokémon past.

The new competitions, events and towns will keep you playing for a long time. My initial playthrough clocked in at about 30 hours and I still have plenty of post-game content to look forward to. Raising a team of Pokémon for top level competition will keep you busy even longer. And for the first time in the series, there are now achievements in the form of Medals. Completing various tasks will earn you Medals and there are 50 of those to collect. 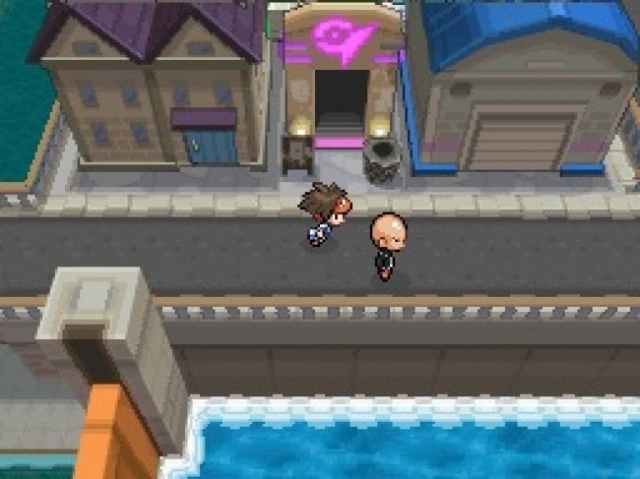 Additionally, if you're playing Black 2 & White 2 on a 3DS, the game can interact with the Pokémon Dream Radar game available on the 3DS store. Pokémon Dream Radar is a small AR game available for $2.99 where you are tasked to collect research on Pokémon. You shoot down clouds, which appear to be floating around in whatever location you're playing the game in at that moment. Some clouds contain Pokémon, and much like catching a fish, you must catch the Pokémon in your laser while it tries to escape. Upon catching it, you can upload it to any copy of Black 2 or White 2 currently loaded into the 3DS's game slot. Continuous playing of Dream Radar will unlock new levels and new Pokémon to catch. If you're not playing on 3DS, it's no big deal, as the Dream Radar bonuses aren't necessary to play the game effectively (though it did net me an awesome Sigilyph early in the game).

Pokémon Black 2 & White 2 certainly earn the right to call themselves sequels. Although many of the locations are the same, the story has changed, many new areas, quests, dungeons and the like have been added, and although it at times feels like the same game, so much has changed that there won't be much fatigue for players of Black & White. Above all that, it's Pokémon. It's still great fun for both casual and competitive players alike, and it still can lay claim to being one of the best RPG series in gaming.

This review is based on a DS copy of Pokemon Black 2.