Back in 2012, Atlus teamed up with Arc System Works to create Persona 4 Arena, a new fighting game that pits the cast of the hit RPG Shin Megami Tensei: Persona 4 (and some Persona 3 guests) against each other. The idea sounded crazy, but thanks to Aksys's pedigree and Atlus's storytelling, the game ended up impressing many. Now, as fighting games are wont to do, Arena is getting a re-release in the form of Persona 4 Arena Ultimax. However, this isn't a simple or lazy expansion, as the roster of characters has greatly increased and a new story mode has been promised. 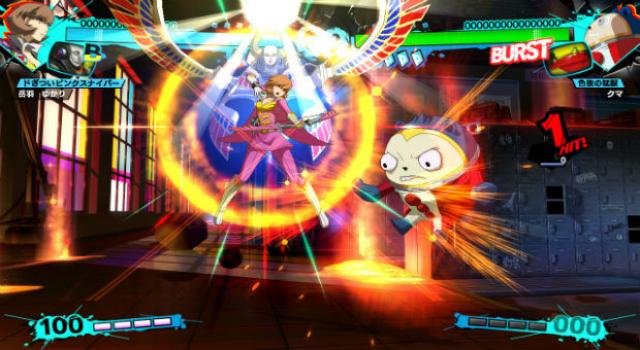 Ultimax keeps the same fighting engine from its predecessor. Each character has weak and strong attacks, throws, sweeps, and all out rush attacks. They also have a Persona, which has its own weak and strong attacks and other special abilities. Each character's Persona is the same as it was in their original appearance and many of them focus on a specific element. (Yukiko's is fire, Akihiko's is electricity, Yosuke's is wind, and so on).

The new characters in Ultimax fill in some of the holes from the original Arena's roster, including Persona 3 characters Yukari, Junpei, Ken and Koromaru, and Persona 4's pop-idol Rise and the killer from that game's murder mystery. Yukari is a pure zoning character, using her archery skills to attack from a distance. Junpei is a baseball player who has a special meter at the bottom of the screen. Landing attacks gets runners on base and if you bring enough runners home, it will boost Junpei's abilities. Young kid Ken (now teenager) and fan favorite dog, Koromaru, fight together as one playable character. Rise was a support character in Persona 4 but has entered the ring this time around. She sings into the microphone she's holding while fighting. And the murderer... well, I don't want to spoil their identity - go play Persona 4! 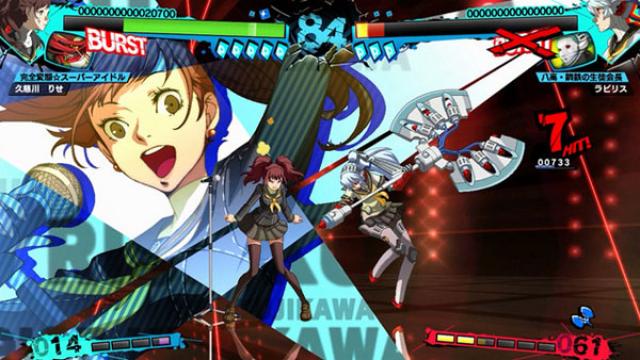 Lastly, there's a brand new character, Sho Minzauki, who makes a lot of puns and is presumably the focal point of Ultimax's brand new story mode. I didn't get a chance to experience the story, but if it is as good as the original Arena's story, it's going to be worth a play.

That's not all though, as most characters now have a playable "Shadow" variant. These shadow versions have different characteristics: more health, less attack power, constant access to their "Awakening" super attack, and they keep their special meter between rounds. They are a new way to play as the same characters and greatly increase the match-up possibilities.

Persona 4 Arena Ultimax looks like a big improvement over the already-impressive Persona 4 Arena. The fight begins September 30th, 2014 in North America on the PS3 and Xbox 360.