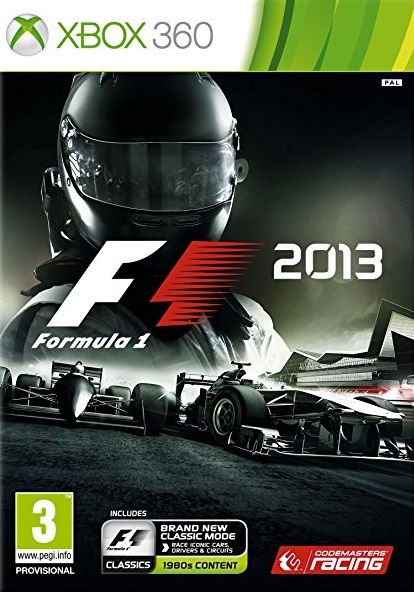 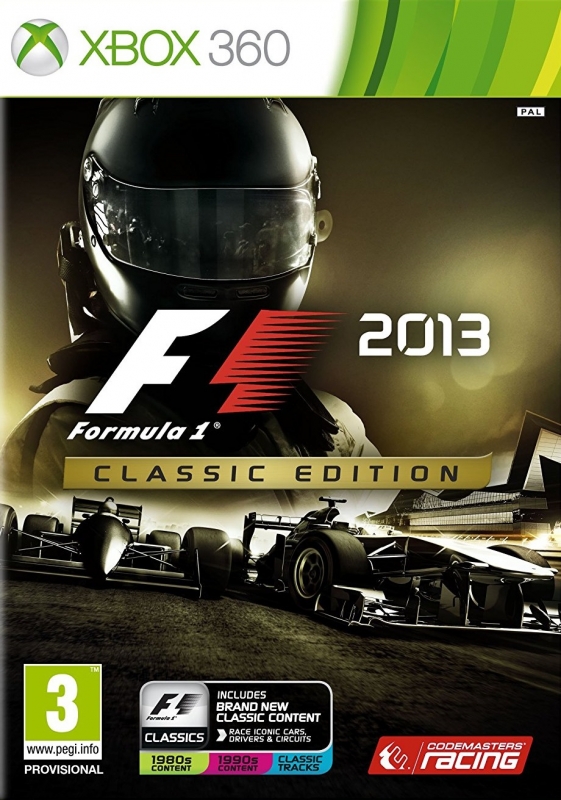 A great F1 racing game, albeit one that, without the inclusion of classic content, would feel virtually like a re-release of F1 2012.

This is the fourth year running that Codemasters have released a mainline F1 title, and as you would expect it’s yet another accomplished racing game from one of the world’s premiere racing studios, but it faces the same challenge most annual games, especially sports games, face: how do you persuade gamers to keep coming back for more of the same each year when you’ve already almost perfected the base game?

The answer, at least as far as F1 is concerned, is to introduce classic content, alongside the usual minor upgrades and refinements. It’s a stroke of genius that will tempt many an F1 fan to purchase F1 2013, even if they already own F1 2012, 2011, or 2010. The classic content takes the form of a handful of cars and drivers from the 1980s, two legendary racing tracks that have not previously appeared in the series (Brands Hatch and Jerez), and a fantastically retro HUD and a questionable sepia filter, all hosted by the voice of F1 on the BBC during this era, Murray Walker.

It’s not merely a cosmetic hook either, as the cars handle differently as well. Codemasters superbly recreate the raw power and visceral handling that was more apparent in F1 back in the day; the cars feel like wild beasts eager to pull away from you. Once you become acquainted with the change of handling you’ll soon find yourself flinging these retro F1 cars into the corners, pushing your grip on the track to the limit and trying to eke out every last bit of power. You feel closer to the machine and the track; more in control than ever before but also constantly on the edge of losing that control.

Classic content is the star of the show and the key selling point of F1 2013, though unfortunately it’s not without its own flaws. Whilst you can deploy the F1 vehicles from the 1980s onto modern tracks, you cannot compete in a full season with them, and events using classic cars consist of, at most, 10-man races, because there aren’t enough classic drivers and F1 cars to fill out the field. Sticklers for historical accuracy will probably find racers from different years facing off against one another slightly jarring as well, although this is not something I minded personally.

Another potential cause for complaint is the fact that classic 1990s content, which is already available, is only available if you purchase the more expensive Classic Edition, or purchase it as DLC separately, which is a bit stingy when the main problem with the classic content  that is included is that it could do with fleshing out. The 1990s content, like the 1980s content, includes a number of the most famous drivers and cars from the 1990s, as well as two bonus tracks: Imola and Estoril.

The main game brings with it some slight visual improvements and gameplay refinements. Vehicle AI is improved and is more aggressive, the F1 cars handle perfectly (though you may come to feel they handle perhaps too perfectly, if you take a liking to the classic cars), and it feels like you’re able to access races and get down to the actual racing much faster than you could in previous entries in the series. The save system is also far more lenient now, with the Career mode allowing for mid-event saves. Slight visual enhancements are welcome, but improvement to the damage modelling, which fans have started to clamour for should be a priority for Codemasters when it comes to the inevitable F1 2014.

All of the modes from previous entries make a return, including Career, Season Challenge (a very welcome, truncated version of Career mode), Scenarios, Time Trial, Time Attack, and Multiplayer (both online and offline splitscreen or via system link) for up to 16 players. The Young Driver Test returns, so that newcomers to the series can get to grips with the basics of what can initially be quite a daunting and very challenging racing game.

Once again, Codemasters have developed a great F1 racing game, albeit one that, without the inclusion of classic content, would feel virtually like a re-release of F1 2012. The main difference between the two is the introduction of classic content, which is both a wonderful nostalgia trip for fans and provides absolutely superlative gameplay. On the one hand I do want to recommend this game, simply because of how enjoyable the 1980s cars are to race with, but is that really enough to justify a purchase if you already own one of Codies’ other F1 games? I’ll leave that question hanging there. If you’re yet to purchase an F1 game, however, then this is definitely the best of the bunch.