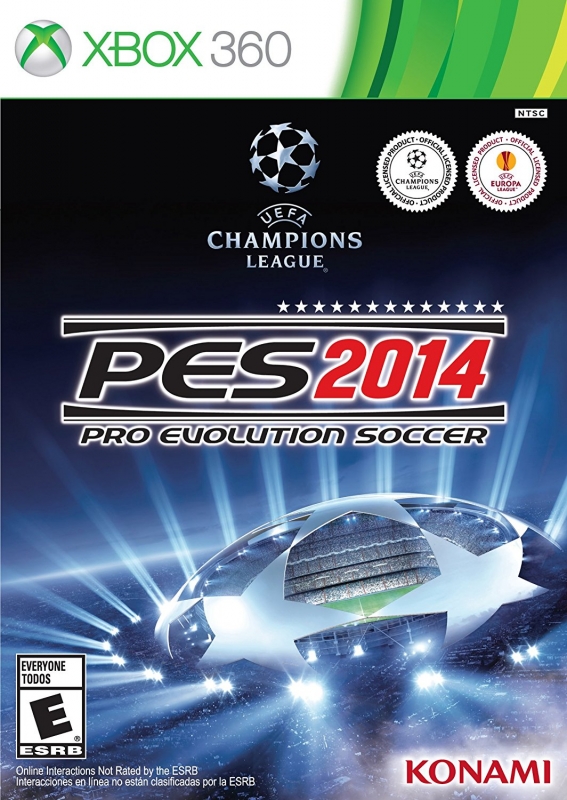 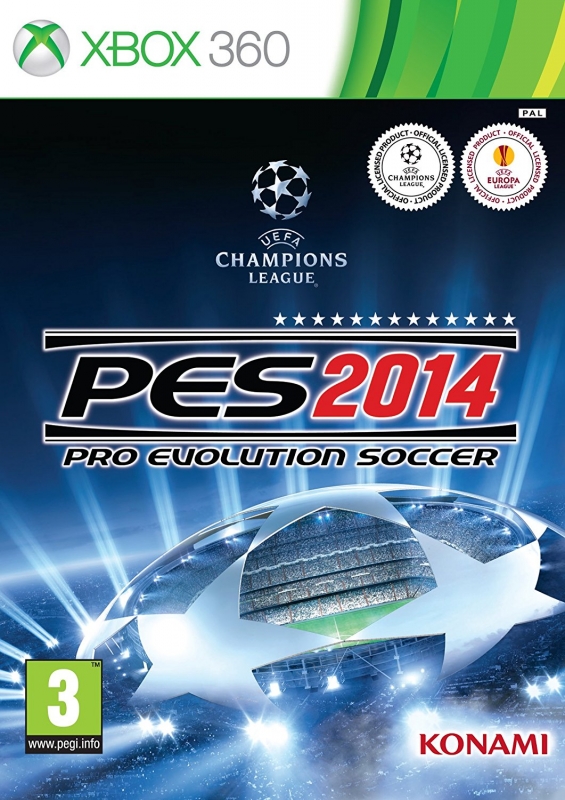 Like a Van Bommel kick to the chest of hope.

Pro Evolution Soccer has a long and illustrious history. So, however, did the Byzantine Empire, but look where that is now. The pinnacle of football games for well over a decade in the early noughties, the last few years have not been kind to Konami's series; it has been battered consistently, critically and commercially, by EA's FIFA. For 2014, Konami has returned with a new engine and brighter ideas to try and snatch back its crown.

At times, Pro Evolution Soccer 2014 can be very impressive. Pavarotti's Nessun Dorma strikes out from the title screen, while the string of licensed tournaments including the Champions League and Europa League are slick and well presented. The lack of licenses for some of the major leagues, resulting in 'London Blues' et al., is as poor now as it was in 2001 though. Master League returns and is as absorbing if flawed as ever, with its stilted mix of team building and club construction. Team harmony and structure takes importance with the new engine, meaning that teams both play and feel as they ought to; Barcelona can hold the ball for fun, while Borrusia Dortmund are punishing on the counter-attack. Set-pieces have been re-invented, using an effective if old-fashioned system of guides, arrows and curve points. When the game is given the chance, it can really ebb and flow.

'Given the chance' is really the optimum phrase here, for PES 14's flaws are so mind-numbingly obvious, so sloppy, so avoidable that it beggars belief how they were not rectified. The defensive system barely works and is a poor imitation of FIFA's already flawed harry-and-tackle effort. Defenders miss runs, goalkeepers allow through balls to run to the goal-line before any attempt to stop them is made and the easiest of tackles barely make impact upon the opposition. Of particular note are the slide tackles which, when mistimed as they invariably are, result in hilarious impacts. That I imagine was not really the intended result, but at least some joy can come out of them.

The same cannot be said for attacking play. Led by a new but highly unpredictable through-ball system, which more often results in abject failure than mesmeric incision, attacking movement is both stodgy and undignified. Relying on a shuffle that would be basic on the PS1, forward play depends more on defensive mistakes (of which there are many) rather than brilliance on the part of the team or individual attacking. Shooting, one of the better moments of PES 2013, is basic and unsatisfactory here, relying on a 6-point system that is frankly archaic. Attacking headers are unresponsive (i.e. appear to not have been coded correctly), and volleys are near impossible, while even tap-ins are thwarted by miscued animations. On an indie game this would be poor, but for a grade A+ sports simulation of near impeccable history this is abhorrent.

Things improve in the midfield. Aided by a surprisingly useful new system of body-checks and quick turns, midfield battles are fluid and lively, with players reacting realistically to knocks, scrapes and bumps as they try to unbalance each other. The use of LT (on the 360) as a manoeuvre to turn quickly and hold off the opponent works extremely well, as does the use of the right stick to control the direction of your first touch. Considering the effort and attention to detail of these small but noticeable improvements, it is flabbergasting how poor the rest of the gameplay is. There is likewise at least a huge amount of content, although whether you would want to explore it all is another matter.

There are, however, yet more problems. Games take a noticeably long time to load, which is surprising considering the game really doesn't look great. In-game loads are even worse; literal four second freezes as throw-ins are loaded up ruin the flow of games, spoiling any momentum. Outside of the licensed music, the soundtrack as always is appalling, while Jim Beglin couldn't talk his way into sex with a prostitute while flipping thousand dollar bills. One is genuinely taken aback when you hear something different considering how mundane the commentary is. Animations range from the sublime to the woeful, while character models are suitably monstrous, the type of creatures I insisted were under my bed as a child. At least the stadiums and multitude of 'official partners' look the part in the background, making the game look like a football match even if it doesn't play like one.

I really didn't want to go to town on PES 2014; I've respected the series for a long time, and until recently defended it stoutly against the deafening superiority of FIFA. Standards, however, have now slipped to an unacceptable, almost unplayable level that makes the reasonable PES 2013 seem like an indispensable member of the sporting canon. Konami have to know that the licenses, the new features, and the re-inventions just aren't good enough if the basic gameplay fails so spectacularly as it does here. When the game can barely handle either tackling or shooting you know a line has been crossed; when even an attacking header cannot be performed the Rubicon is a thousand miles behind you. If you like football games do not buy Pro Evolution Soccer 2014; it will only cause you misery and disappointment.

This review is based on a retail copy of Pro Evolution Soccer 2014 for the X360, provided by the publisher.