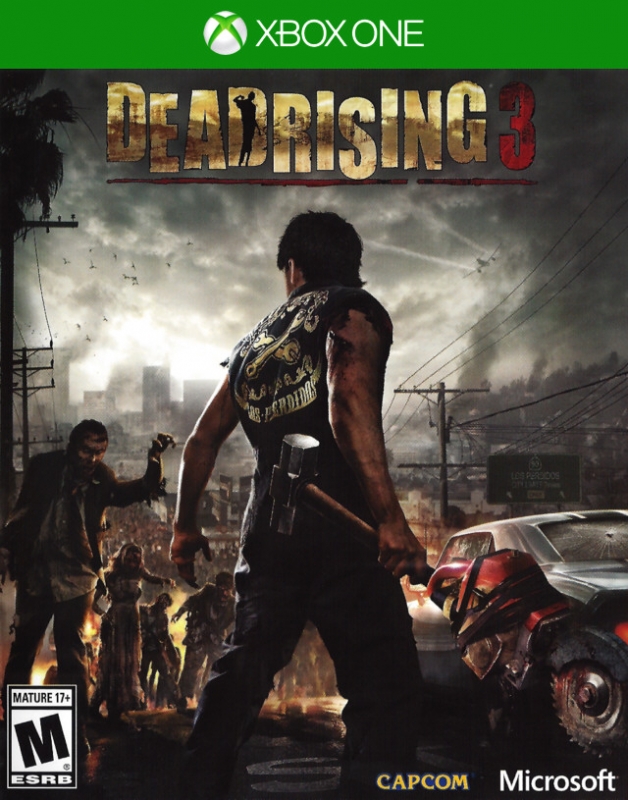 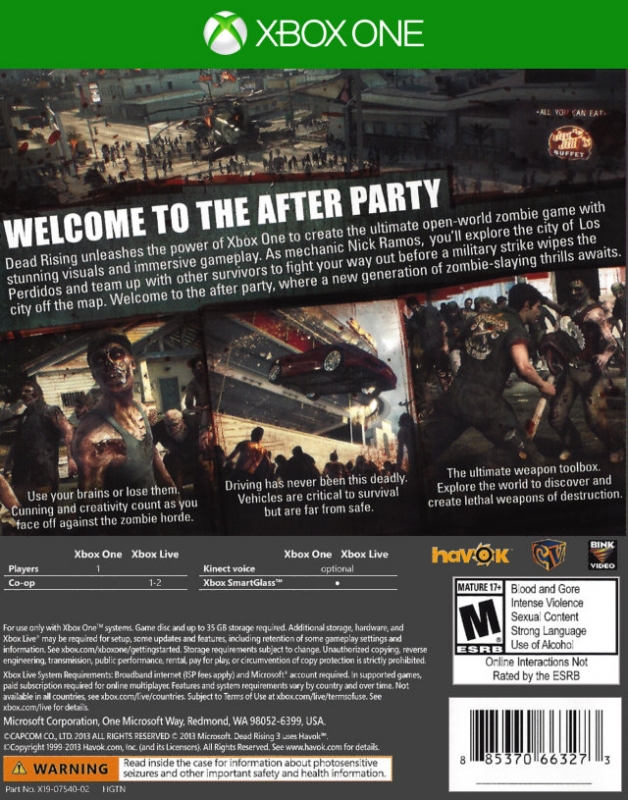 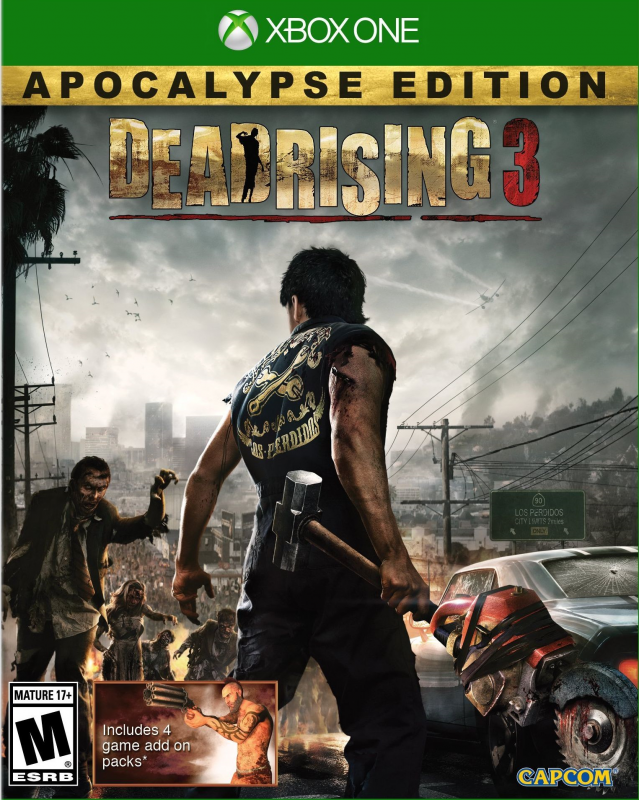 One of the deserved stars of the launch line up, but leaves plenty of room for improvement.

17,890 zombies were harmed in the making of this review.

Dead Rising was the very first game I ever played on the Xbox 360. It was, in actual fact, one of the key reasons I purchased the console for in the first place. It was also one of the most disappointing games I played last generation; a game brimming with potential and promise which seemed forever locked behind a brick wall of hindrances. Flash forward to the present day and, again, a Dead Rising game has tempted me to purchase a new Xbox console, but this time it’s a Dead Rising that promised to remove many of the roadblocks that put me off the franchise all those years ago. 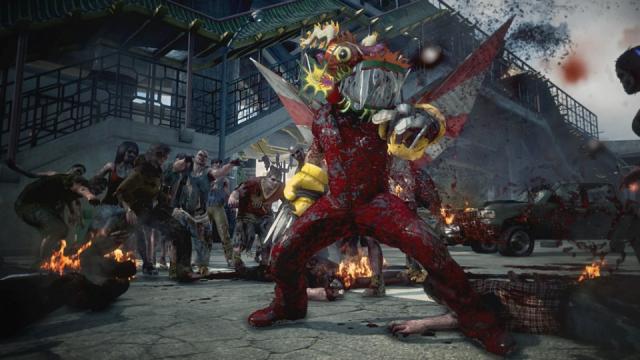 Heading into the game, the key concern in my mind was not ‘has the formula been changed too much?’, as many fans have no doubt been asking themselves since the game’s reveal, but instead ‘has it changed enough?’ And fortunately the answer, for me at least, was yes.

Dead Rising 3 removes many of the uncompromising features that made the franchise so inaccessible; you can save anywhere, you’re not constantly conducting escort quests (fetch quests are the name of the day in this entry, alas); the time constraints are much more lax; zombies don’t magically re-spawn as soon as you turn your back; and there are no longer loading screens every other room. Many have decried this as dumbing the series down, and I would certainly agree it’s much easier, but it’s also finally that fun, open world zombie sandbox experience I always wanted it to be.

The story, for what it’s worth, is as zany and hokey as ever. A cross between the Grand Theft Auto narratives of the GTA III era and Resident Evil, it’s primarily there to keep things moving along whilst attempting to elicit a few laughs. You play as mechanic Nick Ramos – a genuinely likeable and decent guy – who finds himself stuck in the zombie-infested city of Los Perdidos along with a mish-mash of friends and strangers. His goal is to escape the city before it gets blown up by the army, overcoming the masses of zombies and various human enemies and bosses along the way. 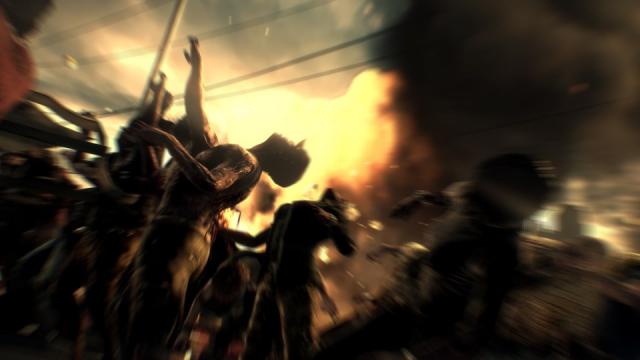 The city of Los Perdidos itself is not overly large for an open world game, but it is a fair size, offering up just about enough unique locales and attractions to keep things varied throughout the campaign’s run. Two things will likely immediately grab your critical attention when you enter the city proper: firstly, that this does not look especially ‘next-gen’ and wouldn’t look amiss on the PlayStation 3 and Xbox 360 (in Dead Rising 3’s defence, this is a criticism that can be levelled at essentially every single next-gen launch title), and secondly that while the game’s new, darker tone and art style has perhaps taken the series from one extreme to the other, there are a heck of a lot of zombies capable of filling up your screen.

So yes, there are lots of zombies – easily hundreds, possibly thousands on-screen at once – and they look good; suitably decayed and grimy, but also fairly widely varied in appearance. There are also plenty of ‘sub-boss’ zombies, with more and more being introduced as you work your way through the game.

What starts off as a reasonably tough game because you are limited initially to melee weapons and basic combat techniques, suddenly becomes ridiculously easy if you decide to use the many working vehicles that litter the streets as glorified zombie lawnmowers. Although vehicles do explode after they’ve taken too much damage (Grand Theft Auto-style), it is far too easy to get from A to B using vehicles to rack up your zombie kill counter, complete whatever chore needs completing, then hop back in your vehicle and head to the next checkpoint. But then, just as you perhaps begin to tire of this lack of difficulty (if not the gratifying nature of actually turning these zombies into soup with any and all weapons, which never becomes old over the course of the game), you’ll encounter newly upgraded zombies, which appear in even larger packs, and the psychotic boss battles that are a hallmark of the series. At that point your vehicles don’t last very long and you’ll end up feeling vulnerable at times. 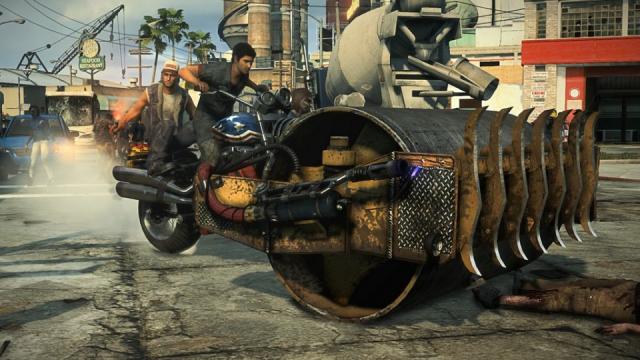 The other, more literal roadblock to purely using vehicles to navigate the city is the preponderance of actual roadblocks in the game, which force you to either take fairly lengthy detours in your vehicle or to get out and hoof it on foot across the roadblock. Whilst it’s understandable that the developers were keen to prevent vehicles making the game far too easy, these roadblocks become increasingly annoying and obnoxious as you advance.

Luckily, you have access to ever more ludicrous weapon combinations, including a sledgehammer with a buzzsaw on the end and MMA gloves with attached car exhausts, and even more unlockable combat moves than in past titles, both of which make movement on foot more entertaining than ever. The vehicle combos are even better though, my personal favourite being the ForkWork (a forklift that shoots fireworks at zombies)… or maybe the RollerHawg (part steamroller, part motorcycle that spews fire). Yeah, on second thought, the RollerHawg is definitely my favourite. The art style has changed, and changed arguably for the worse, but Dead Rising is still as over-the-top and ridiculous as ever.

If you ever had difficulty adjusting to controls in previous entries, then you’ll be pleased to know they’ve been further refined here. It’s now much easier to fire weapons, for example, thanks to more traditional shooting mechanics, but it definitely took me a while to come to terms with Dead Rising 3’s overall controls nonetheless. Once you do become acclimated, it’s a relatively smooth gameplay experience, perhaps marred only occasionally by awkward camerawork in tight spaces. 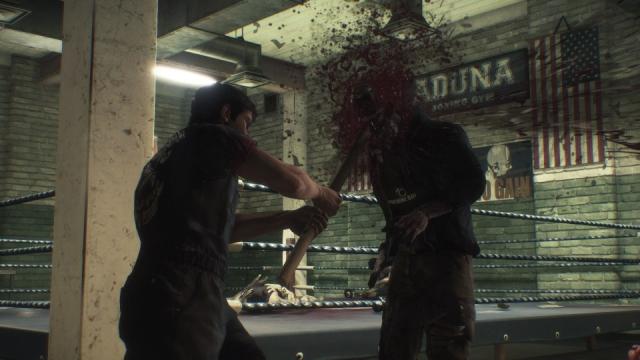 Technically, Dead Rising 3 holds up well. Coming into the game, I expected a fair bit of slowdown, especially when in the midst of combat with a zombie horde, but I’m pleased to say that this was not the case at all. I’ve also yet to experience much in the way of bugs, although I did occasionally notice some graphical clipping and pop-in. And whilst the initial loading screen is very lengthy, thereafter there are no more loading screens unless you die or trigger a cut scene, which is doubly impressive given how packed the city is with explorable buildings and killable zombies.

If the word ‘accessible’ is code for ‘dumbed down’ in your vocabulary, then all’s not lost for you either. Nightmare mode allows you to play using the old fashioned, uncompromising Dead Rising rules – you can only save in safe houses or toilets, the zombies are tougher, and the time constraints much more overbearing. Your time with Dead Rising can be further extended by playing cooperatively with a friend (or stranger) over Xbox Live. The co-op action is simple drop-in/drop-out and lag free, making it easy to just hop into a friend’s game and kill zombies together or work through the story missions.

There’s much more besides to talk about – always a good sign for an open world game – but I won't overstay my welcome. As a launch title, Dead Rising 3 is impressive, and you really can’t go wrong picking it up if you intend to purchase an Xbox One in the near future. Dead Rising 3 is one of the deserved stars of the launch line up, despite the fact that it leaves plenty of room for improvement and there are minor flaws abound.