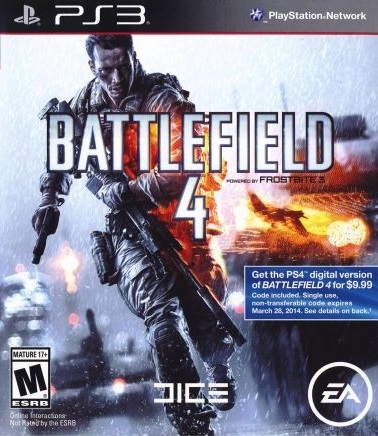 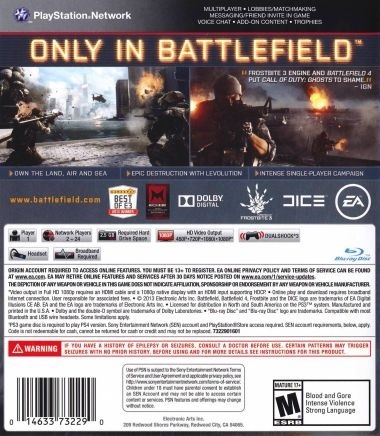 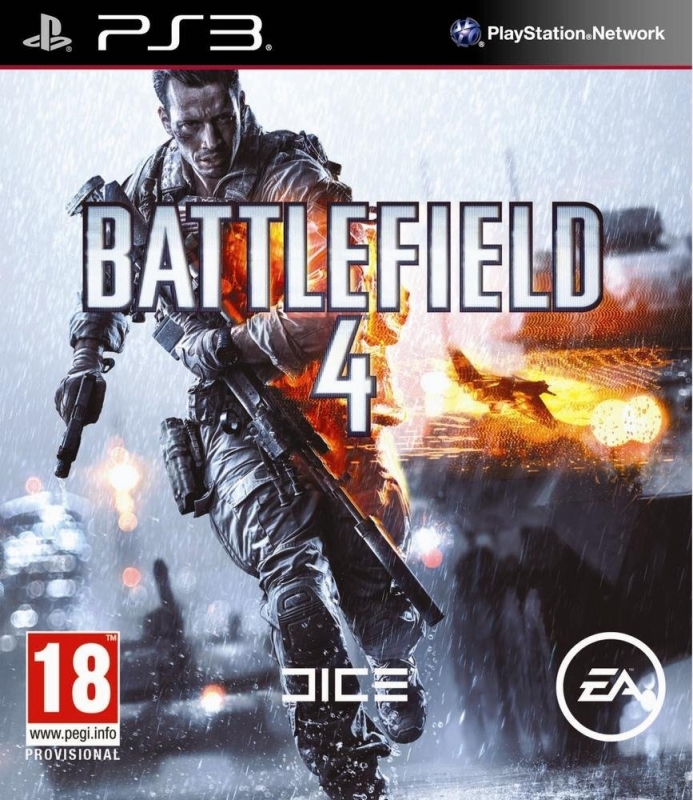 Shooters offers gamers a chance to shoot everything in sight, fill the environment with bullet holes, and kill player after player without fear of the consequences that these actions have when performed in real life. Nobody will get hurt, although cracks at your mom will assuredly be made, and a lot of fun will be had. This last description is why Battlefield 4, like so many other games in this genre, remains worthwhile to pick-up even if the series does frequently spawn sequels and side games.

Battlefield 4, unlike the Call of Duty series, really focuses on the concept of working together with a squad. In Call of Duty, one player can typically carry their team to victory in online matches. While this is still possible in Battlefield 4, the game is definitely designed to emphasize teamwork and communication; assuming your role and engaging with your team is the only true way to be successful in Battlefield.

This concept has never been truer than in Battlefield 4, and the squad-based objectives are one of the key reasons that the series continues to remain so satisfying to play. If you find yourself doing poorly, just try a new class, which will likely require you to take a different approach to the combat. With such a variety of classes and configurations, the number of different approaches to the game is nearly endless. That is the beauty of online shooters like this; while you may perform terribly in one match, the next - with the aid of newly-unlocked equipment - may yield totally different results.

This is a review of the 'current-gen' console version of Battlefield 4 (specifically the PlayStation 3 version), and while Battlefield 4 is a great pick-up on current and next-gen consoles alike, one cannot help but notice the differences in graphical and technical capabilities that will justifiably result in many opting for the next generation or PC versions. Framerates and object edges make for the most notable differences, and Battlefield 4 on the PS3 also does not support full 64 player online matches (the PlayStation 3 and Xbox 360 versions only support 24 players).

Nonetheless, PS3 gamers will still be awed by Battlefield 4's Levolution mechanic, which allows for the near total destruction of maps. DICE have done a great job at better presenting the game overall as well. The single-player campaign is written in a way that focuses on the player's experience, and much less on military-themed bonding and jargon. There is no jumping from soldier to soldier, or from theater to theater, which means Battlefield 4 is thankfully free from overly convoluted storylines. A single character is played throughout the duration of the game, and with the exception of some minor change-ups, your squad remains consistent.

One of the game's single-player shortcomings, however, is the campaign's length. It clocks in at a mere 5 hours, and provides little challenge during this time. That said, it manages to somewhat make up for this oversight with a stronger, more emotional journey. Battlefield 4 moves away from the stereotypical Hollywood war story, and instead focusses on characters that are more likable and complex, and which benefit from some incredible voice acting.

As for the multiplayer, Battlefield 4 offers one of the best online shooter experiences you can buy right now. A total of 10 maps come pre-loaded on the disk, and each and every one of them has a huge and awe-inspiring destructive moment. Take Flood Zone for example. As the name implies, it's a map which can literally flood in the middle of a firefight, forcing fighters to relocate to higher ground. This feature adds a whole new level of complexity to your cut-and-paste online shooter experience by making environmental destruction, as well as the killing of enemies, a key mission objective.

Destroying a map's environment can be done in a variety of ways. In some cases it is as simple as blowing up a building's support column. In other cases it's more elaborate. Whatever the case, these actions carry the potential to be match changers and can shift the flow of battle to your team's advantage. Levolution adds a great new level of depth to the Battlefield experience, which is already famous for its destructive scenery, and is very entertaining to boot.

Battlefield 4 also benefits from a wide range of vehicles available for use in online play. Various vehicles, ranging from tanks to boats and helicopters, are available in select game modes. Vehicles have the capability to turn the fight against foes who are unskilled at disabling the devices. However, there is a new vehicle mechanic called 'Critical Hit' which results in the enemy vehicle being disabled or losing control. This factor is calculated off of damage done, at certain angles, in certain spots on the craft.

New players will find that Battlefield 4 has a minor learning curve. You have to adapt to figure out which parts of a map are in danger of collapsing or blowing up. This fact can give experienced Battlefield 4 players a slight advantage at first, but the learning curve is nonetheless relatively small and new players should be able to adapt fairly quickly.

Battlefield 4 takes hours to master thanks to its wide range of maps, refined gameplay, destructive elements, and massive combat scenarios. While the campaign is short, the game more than makes up for this with the best story in the series to-date and an excellent online experience.