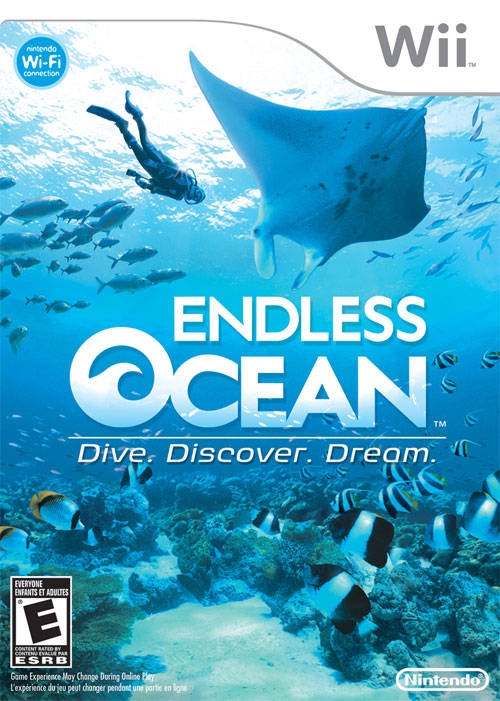 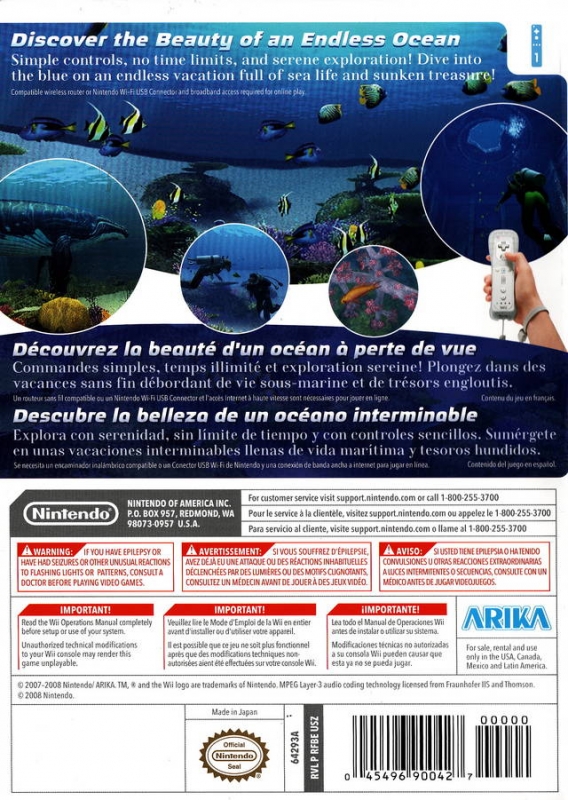 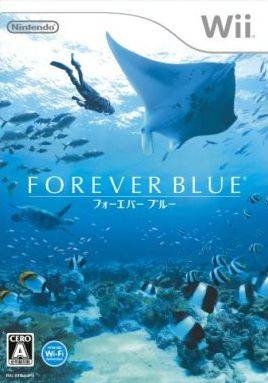 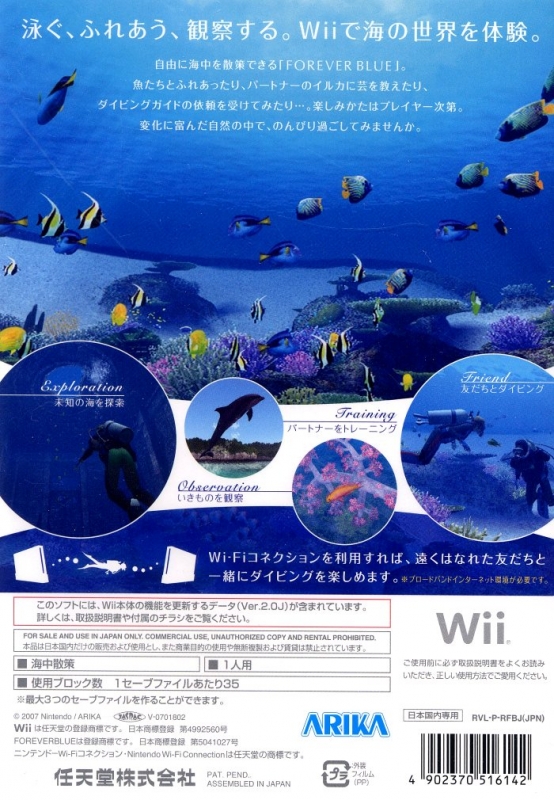 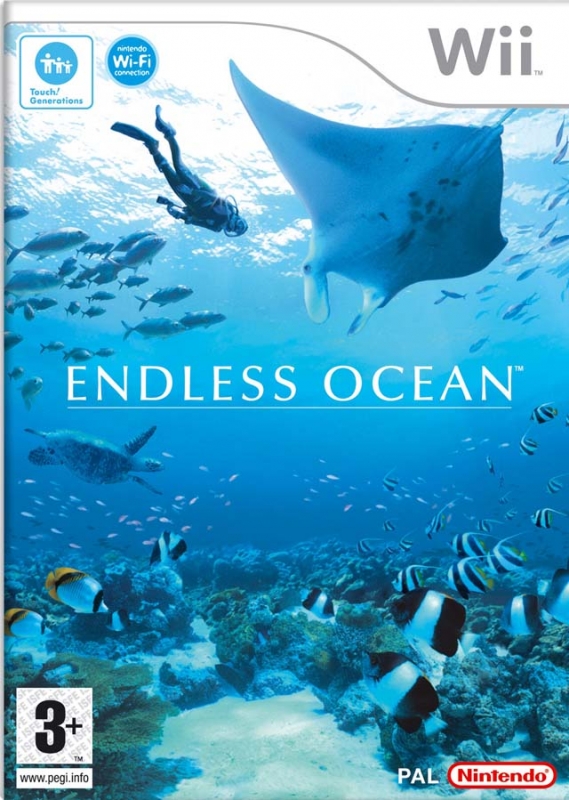 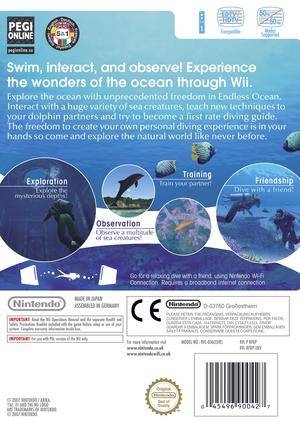 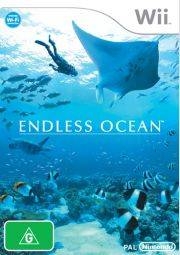 With such a wild premise for a video game, does this diving sim end up floating on top, or sinking down below?

There’s a lot of interesting discussion that goes on when debating games on Nintendo’s famed Wii console. Whether you like or dislike the console’s diverse library, there’s no denying the fact that quite a few games (although assuredly not all) from Nintendo and third parties have been seemingly more simplified and easier for the average consumer to pick up and play, both in the attempt to corral new video game players and appeal to a broader audience of gamers in general. The easy way to accomplish this? Create an experience where players don’t have to spend a lot of time learning how to play, while at the same time providing entertainment that can be offered in short spurts, rather than long intervals of play time, both of which Arika and Nintendo’s Endless Ocean execute to a T. But when “core” gamers realize that a certain game can be picked up and played by just about anybody, they often times lose all interest in the said title, which is too bad. Even though they assuredly don’t all turn out too hot, when done right like Endless Ocean, they really can be games that are just as good as more “core player” centric titles. If you can go into Endless Ocean playing it for what it is- as a completely original game that almost feels like a breath of fresh air amongst today’s heavy action titles- then you might actually come out of it feeling quite surprised, while at the same time maybe even learning a bit more about a fish or two.

Released last year as a joint effort between developer Arika and publisher Nintendo, Endless Ocean is essentially a lot like your typical Harvest Moon or Animal Crossing title in the sense that it’s a game that is really played at your own pace, with very few objectives that you must complete and no game overs to speak of. The premise is simple, navigate your small but sturdy boat around the beautiful waters of Manoa Lai, an area filled with rich animal and plant life that you’ll be exploring through numerous dives into the big blue. Where you decide to dive and which tasks you want to accomplish are selected mostly at your own leisure. I say mostly, as there is a small story that that you must complete in order to progress through the title, but this will likely take the back burner to your own diving agenda. Objectives range from exploring secret caves and other locations to discovering ancient artifacts and relics, offering fun and unique diversions that ultimately work well for the game. At the same time, completing these missions will also provide players a majority of the game’s unlockables, such as new clothing items for your character and new diving tools and technology. This did present a minor issue for me though, as the game really could have used more of these little modifiable options in terms of character appearance and it’s a shame you aren’t given more freedom in customizing your diver to match your own tastes.

But how does Endless Ocean’s bread and butter, the actual diving process, fair in terms of gameplay? To put it bluntly, it does so surprisingly well, and at the same time it manages to retain that simplistic edge titles like these are known for. To play, all that’s required is the Wii Remote, the nunchuk isn’t even compatible here. Swimming (and all other movement for that matter) is brilliantly mapped to the remote’s IR pointer; simply point in the direction you want to swim while holding B and you’re good to go. And thankfully, developer Arika came to the conclusion that during long dives, your index finger may become slightly fatigued from holding B down for such long periods of time, and en lieu of this they created a wholeheartedly welcomed auto swim feature that keeps your character constantly swimming in the direction you’re pointing simply by pressing the - button down once. Other subtle yet remarkable additions were added to the diving sim to create more realistic and engrossing diving experiences by not only including an optional first person perspective by pressing 2, but the ability to alter the transparency of your on-screen cursor and compass. Whether you want to see your cursor on a brighter or dimmer setting or to even have your compass visible at all is completely up to you, really cementing the fact that making sure diving was done as flawless and smoothly as possible was at the top of the Arika agenda.

What you do on these recreational dives, is again, completely up to you. Rest assured though, you definitely won’t be attacking or fighting any sea life. What you can do is interact with these animals by pointing at them and clicking with the A button. Doing so will record information about the animal in your logbook- your own mini-guide to all of the animals found in the Manoa Lai waters. Interaction can also be done by either feeding wildlife, blowing your underwater whistle, taking pictures for a magazine, or even using a nifty underwater pen that will also serve as a way to help guide yourself back to known waters in the event of getting lost at sea. Thankfully, the game supports a large variety of fish, some more rare than others, and some appearing at only certain times of the year in-game time.

It may not sound like it through text, but locating and interacting with all of the different species of fish the game sports really is a lot of fun and sometimes even a site to behold. The first time you encounter a Blue Whale or Whale Shark truly is exhilarating, and it’s almost like Endless Ocean’s equivalent to beating a difficult boss in an action/adventure game. With that being said, you should note that none of these animals can harm you in any way. Obviously, if they did, that would no doubt go against the relaxing and calming atmosphere that Endless Ocean wants to deliver, but unfortunately encounters with creatures such as Goblin Sharks will make you stop and remember that you’re just playing a video game, disrupting the immersive feel the game touts exceptionally well otherwise.

Another area that Endless Ocean possesses in abundance in addition to its assortment of sea life is in unique diving locales. Where as one area may be hundreds of feet below the surface and completely shrouded in a dark and moody atmosphere, another could be perhaps fifty feet below and showcasing a multitude of coral and vibrant colors to boot. Like finding a new animal, discovering a breath taking locale can be just as satisfying, and is certainly another important aspect of the title. After diving through an area, it will then appear on your map, which is where a “boundary” circle will be displayed, detailing how far you are able to dive around that certain location. This means that you can’t pick a dive-able point on your map and then swim on forever in a certain direction, as eventually you’ll reach an area where you seemingly hit an invisible wall. This can certainly be annoying at times, but it makes sense in terms of realism as in real life divers are probably not going to swim too far away from their boat for safety reasons, and ultimately it spreads out the dives into smaller chunks rather than massive, time consuming diving affairs. I did, however, hit a few invisible walls that shouldn’t have been there rather sparingly, but I still hit them nonetheless. Discovering new locations also gives you more areas to dive from when taking optional tour guide jobs, but most of the time being a guide comes off as being more annoying than anything, as your client won’t quit interrupting the dive with rambling about a fish they want to see, an area I hope can be improved upon in the upcoming sequel.

On the technical side of things and at least when you’re in the water, Endless Ocean absolutely shines, and more than a year after it’s release I’d still say the title is still one of the best looking efforts on Wii, bringing with it full widescreen and 480p support. Environmental textures in the game look dazzling at times to say the least, lighting effects look fantastic as the sun spills into the deep blue while diving, and animal and diver movement are as smooth and as lifelike as you could possibly ask for on Wii. Unfortunately out of water effects in the game are less than stellar, and for the minimal moments when you aren’t diving and you’re navigating across your small boat, you’ll most likely be surprised at how poorly everything seems to look and feel compared to your underwater experiences with character movement feeling archaic and looking awkward. But even if the technical side of things doesn’t stay up to par at all times, everything in the sound spectrum sure does, as magnificent and appropriately used animal and oceanic sound effects are peppered everywhere throughout the title, and a beautifully atmospheric soundtrack with a majority of songs recorded by artist Hayley Westenra more than matches the ambient and relaxed setting superbly. And even if the list of offered tracks don’t mix with your own tastes, the game also supports SD card MP3 playback functionality, a feature that has been curiously ignored in many Wii outings.

Endless Ocean is far from perfect, but it definitely accomplishes what it sets out to do- create a unique, relaxing, and an altogether engaging experience that will expectedly appeal to a select audience while completely alienating others. The fact of the matter is, even if you don’t agree with the type of game Endless Ocean sets out to be, you still have to commend Arika and Nintendo for delivering so much in what could have essentially been a much more plain and boring game. The ocean truly is gigantic and provides countless thrills; befriending dolphins and hitching rides on massive whales are just a taste of what you can do here. The title even supports a two player online cooperative mode (although all conversation is delegated to previously set messages a la Super Smash Bros. Brawl) that runs without a hitch. Simply put, there just aren’t many games that offer this kind of experience in video games today, and if you find yourself sitting on the fence in terms of purchasing the title, I say go ahead and jump in, literally. There’s just so much to do and see in the vast depths of Manoa Lai, and for only $30 new, you really can’t go wrong.