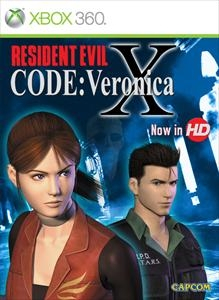 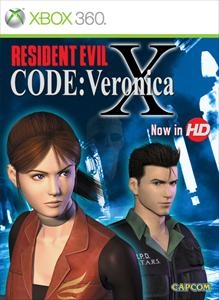 Claire, the years have not been kind.

The industry’s new trend, this HD-ifying of the previous generation’s games to turn a quick buck, has caught a favorable wind with many big names re-releasing their jewels of ten years ago. Unsurprisingly, Capcom has spearheaded this shady movement, re-selling games with a new coat of paint and achievement/trophy support (sound familiar, fighting fans?).

Yet, if it’s done correctly, the HD process can breathe new life into a game or series that was once “long forgotten.” Capcom first entered the fray with Resident Evil 4 HD, and now with Resident Evil: Code Veronica X, the last title to utilize the series’ original, cinematic fixed camera style. However, for as good as Code Veronica X was the first time it was released, can it hope to survive amongst the waves of improvements and innovations that have been implemented across the genre? Beginning where Resident Evil 2 left off, Code Veronica continues Claire Redfield’s story as she searches for her brother and protagonist of the original and Resident Evil 5, Chris. Including heavy doses of convoluted and intricate plot elements, from the double crosses to the inevitably “unexpected” flashbacks that RE has become known for, RE:CVX still impresses plot-wise. It exhibits a great sense of fear and shock factor, even after 10 years, and still sports some of the campiest voice acting this side of the master of lockpicking, but Resident Evil wouldn’t be Resident Evil if it didn’t adhere to b-movie horror flicks, and Code Veronica X fits the bill quite nicely.

With ten years under its' belt, CVX definitely feels old. There’s no beating around any sort of bush: the controls are just simply dreadful. Sure, Capcom, I understood where you were going with the fixed camera approach. It created a sense of fear, suspense, exhilaration… a decade ago. Now, it only creates massive bouts of frustration and anger, particularly due to the unrelenting difficulty and lack of ammo. There’s a reason why Resident Evil 4 adopted an over-the-shoulder view – it properly utilized the awkward movement, making it infinitely more playable. Some tweaks, or a new, optional control scheme would have been welcomed, as running around in RE was borderline pain-in-the-ass ten years ago; now it’s just borderline unplayable.

You’d expect that the new, HD-ified version would look noticeably cleaner and more impressive, especially when nothing else of significance has been added, but this is not the case with Code Veronica X. Jagged lines and rough textures heavily permeate the game, with only resolution being addressed, besides any graphical improvements. It certainly doesn’t look pretty, and it’s a damn shame no graphical overhaul was given when it desperately needed it. I’m sure there are Capcom fanatics who would have gone absolutely ape shit if anything in the game was adjusted. It’s a very faithful port of the original, though with 10 years under its belt, Resident Evil: Code Veronica X is no spring chicken. It can still create that survival horror feel that the most recent iterations have lost a touch of, but it’s more frustrating and stressful than anything else. If you’re really itching for some classic, frustrating survival horror, RE: Code Veronica X can definitely supply that for you –whether you still find it fun or not will be a different story.