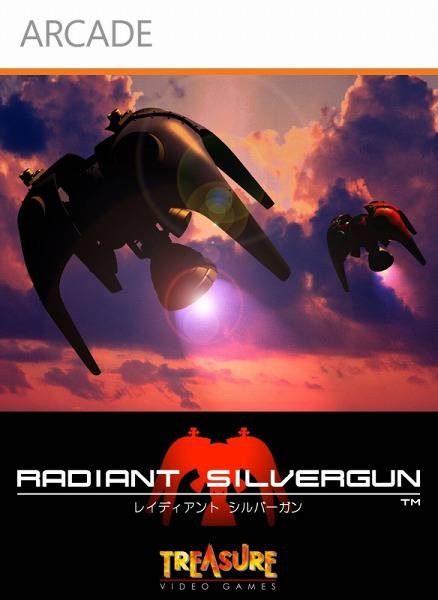 Flawless shoot 'em up action with a new coat of paint.

I’d like to preface this review with some background about myself: I am historically awful at shoot 'em ups, and undoubtedly one of the absolute worst gamers to ever grace the shmup genre. Having said that, I’m also a severe masochist - a true glutton for punishment – where grinding out hundreds upon hundreds of hours in the name of Materia and Pokémon sounds like a couple of fun-filled weekends. It took me nearly 50 tries just to get past the first boss - so what, wanna fight about it? - I laughed hysterically after each one of my starships crashed into the foreground after a miserable couple of minutes, while at the same time fighting the urge to fling the controller through my asshole friend’s dome for berating my (tremendously) horrific skillset. Only a handful of developers can instil these opposing emotions while remaining wildly entertaining - with developer Treasure (Gunstar Heroes, Ikaruga) right at the top - and it’s this oxymoronic relationship that continues to make Radiant Silvergun an alluring, positively challenging, experience. With this updated version of the short-lived Sega Saturn classic, Treasure went above and beyond the normalized, emulated versions of older games released on XBLA, instead opting to use the source code and porting it to the 360 hardware. Radiant Silvergun can either be played in the new and (not so) improved, HD-ified setting or the classic arcade Saturn feel back from 1998, a time when Britney Spears’ trashiness was kept hidden and only ever insinuated by her asking you to “Hit Me Baby One More Time.” The new HD visuals definitely exhibit the amount of polish and attention Treasure has given to its babies over the years, as all of the new sprites are hand drawn and are “improved” due to the superior 360 hardware. However, hit detection and other minor flaws permeate the HD look, diminishing the appeal of the new look and strengthening the resolve and legend of the original. Unsurprisingly, Radiant Silvergun lets you disable some or all of the new features, allowing for a much more authentic and satisfying adventure. Since the new artwork certainly pleases aesthetically, it downright sucks that hit detection is shoddy at best – working both for and against you. If you’ve never had the pleasure of playing Radiant Silvergun, then you’ll notice that besides the normal shmup, bullet hell style of play, RS features a leveling system for your ship’s weapons. Though only three major categories – straight, homing, and spread – can be upgraded, attacks can be mixed and matched, giving you access to an applaudable seven different types. Each attack feels better than the last, and sports an originality that most shmups only dream about achieving, save for, of course, Radiant Silvergun’s spiritual successor, Ikaruga. Enabling the ability to level weapon groups through prolonged use of each one definitely makes for a much more engaging and replayable experience. It rewards and empowers the skilled, yet at the same time it allows people who are god awful (like me!) at the genre to have a chance atchallenging the rest of the game. Though upgrading your weaponry to the point where it's actually useful will take some time to achieve, the grind is very beneficial, as it forces you to memorize the patterns you encounter, and eventually make some headway. Depending on your level of skill however, this can take anywhere from a few hours to a dozen or more; prepare for an ass-kicking that'll begin with frustration and despair, but end with cheers and brofists if you've got the commitment and time to kill. While Radiant Silvergun features both local and online multiplayer, it’s not very forgiving. On top of the already unrelenting, extremely fun challenge the game offers, lives are shared and continues are non-existent, making it far more difficult to progress, yet a powerful (even if your friend is annoying as hell) reason to prove your worth. Leaderboards also extend replayability, allowing recorded playthroughs to be uploaded or downloaded to brag about how awesome you really are. It also includes the story cut scenes from the Saturn version; a nice little touch that helps connect the levels, albeit in disconnected fashion. As an added bonus to fans of the developer, Ikaruga’s scoring system can be used if you have the right achievement unlocked in the game. Besides the major graphical overhaul and the minor additions to the online system,Radiant Silvergun remains relatively the same after thirteen years: it’s as perfect now as it was then. It's a shining example of the genre; one that all should strive to achieve.