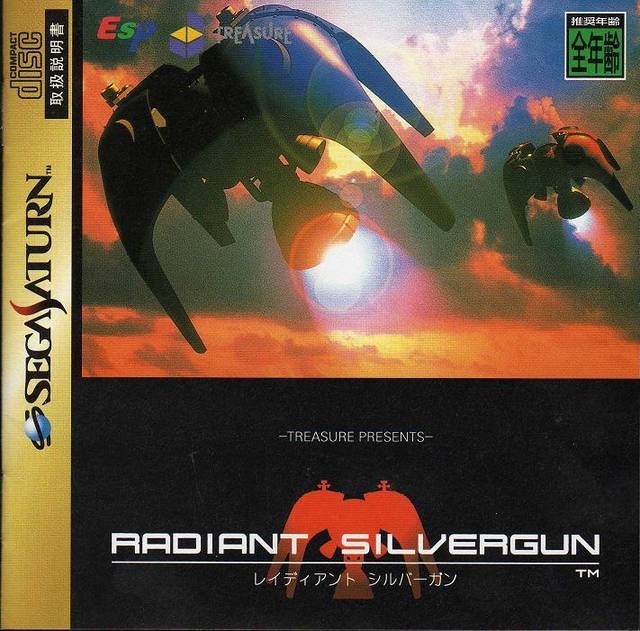 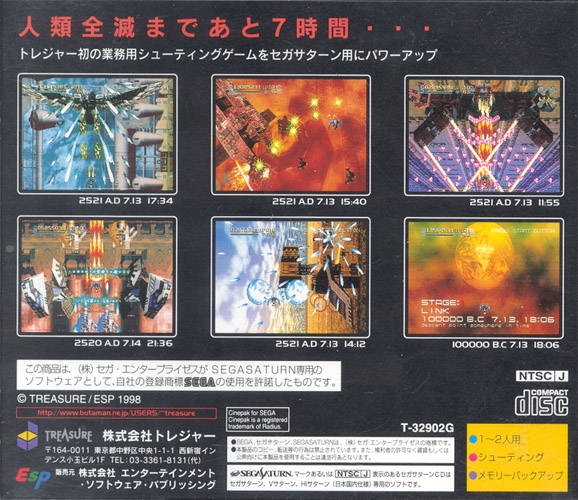 Considered to be both a milestone in shooter design and one of the toughest games in the genre, Radiant Silvergun comes courtesy of Japanese developer Treasure. Released only in Japan, Radiant Silvergun offered two modes, Arcade and Saturn mode. The former is all about intense 2D shooting action, while Saturn Mode adds a storyline to the mix and features anime-style characters and voice overs. Radiant Silvergun's most interesting feature is that it did away with the power-up system so prevalent in 2D shooters and instead offered a choice of attacks -- and combos between them. From standard lasers, to split shots, tracking fire, homing blasts, rear attacks, lock-on laser, and the Radiant Sword that can act both as shield and smart bomb, players have to choose the right attack for the right enemy to make it through.

In 2002, Radiant Silvergun got its spiritual successor in the Dreamcast release of Ikaruga, which would later be converted for the Nintendo Gamecube.