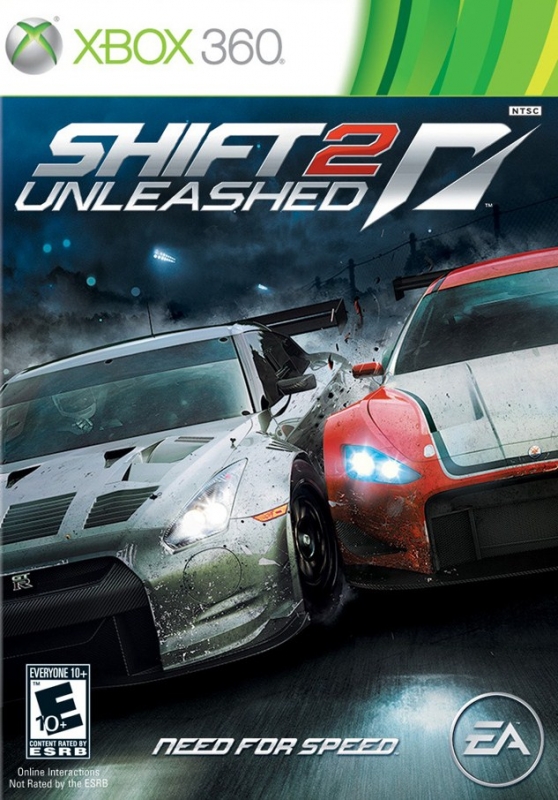 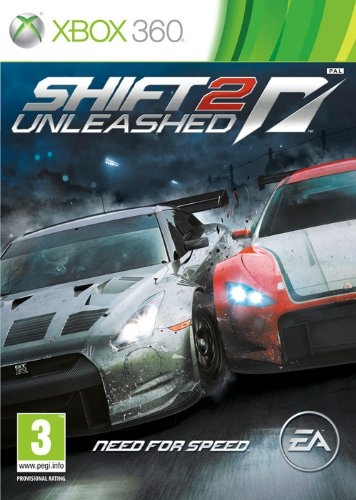 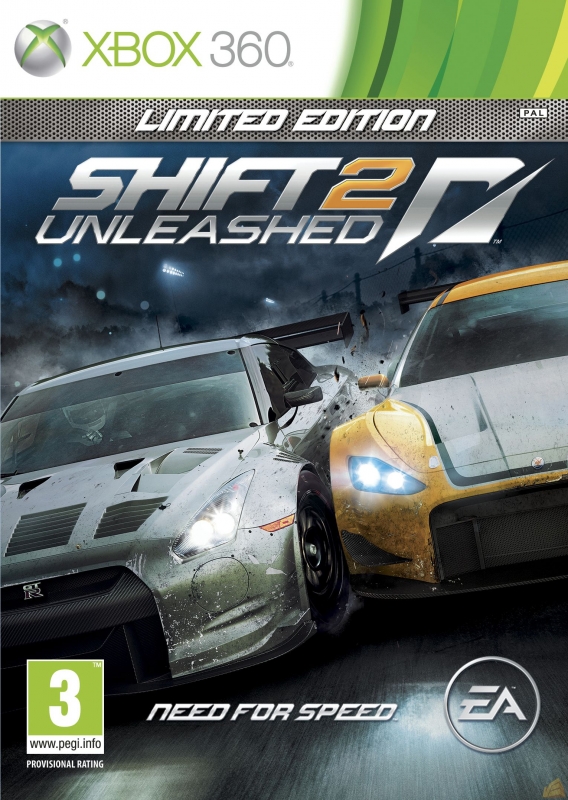 If you played the first Shift then you’ll know what to expected from Shift 2: Unleashed. It is, essentially, more of the same. If you liked the first, you’ll like this. If you hated the first, you’ll hate this. So there we have it, review over... right? Not quite. The original wasn’t without its flaws, so the question remains: has enough changed to merit a sequel?

Just as with Shift, Shift 2 walks the tightrope between arcade and simulation. On the one extreme you have the simulations: Forza and Gran Turismo being the most immediately recognisable. On the other you have the previous incantations of Need for Speed, PGR, and the like, which make up the arcade side of the spectrum. With Shift, though, the Need for Speed series packed its bags and joined the Codemasters school of racing games.

On the whole, it was nothing short of an excellent transition for the series as far as both gameplay and presentation were concerned. What the series lacks in true realism and polish it makes up for with competitive, entertaining racing. The gameplay, which is thoroughly engaging once you become accustomed to it, isn’t without its flaws though; and they’re flaws which have made their way over from the original Shift. The learning curve is nothing short of extreme when using the default drive settings, perhaps even bordering on unplayable to many. There’s an excessive amount of oversteer and it’s far too easy to spin out of corners, so you soon became extremely wary of your speed when both entering and exiting turns. It wasn’t until I started browsing racing forums for a solution to this problem (just as I did with the first game) that I came across a settings configuration that made the handling acceptable to my tastes. The handling still feels slightly unnatural compared to most other racers, but it becomes much more manageable with a few tweaks. 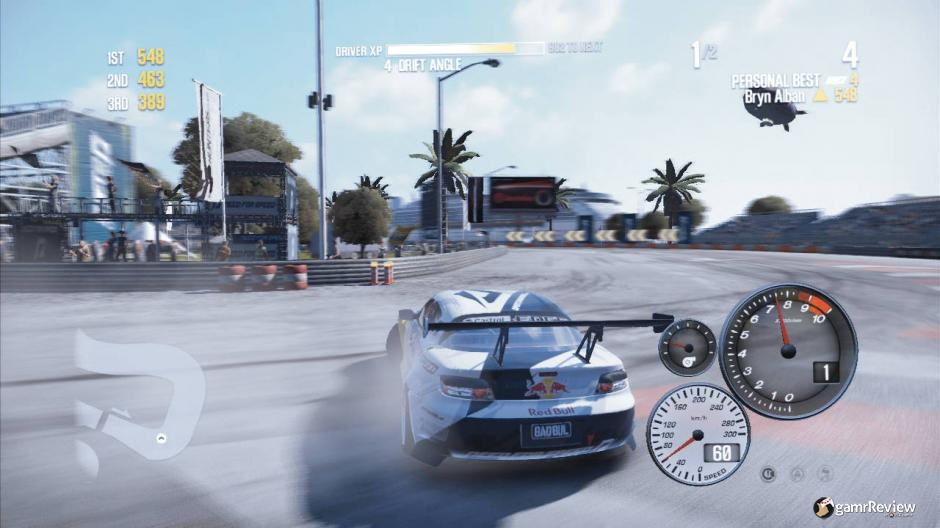 Nothing truly fundamental about the career mode has changed. You quickly work your way up from the lowly car classes to the FIA GT1 class by competing in a number of different race types, from standard races to drift events. The dualist experience system has been scrapped, although you continue to earn experience based on the achievement of certain objectives from race to race, like leading for an entire lap, sticking to the racing line or completing clean laps. Experience unlocks new events, and runs parallel to a currency system that allows for the purchase of new cars and upgrades.

Driver AI is pretty decent. Your opponents are competitive and fairly aggressive. The rubber banding effect is quite subtle, and, although they tend to form packs, at least they don’t parade around the track in a uniform line. Being British I am, naturally, quite fond of orderly queues, just not in my racing games (I’m looking at you, ‘simulation’ racers).

I think it’s safe to say that presentation (or graphics, to be more specific), is the series’ strong point. The graphics are, once again, excellent. Technical hick ups from the first appear to have been ironed out, so far as I could tell during my time with the game at least. Night time racing has been introduced; EA are asking for ridicule by touting this as a ‘new feature’, but it’s nonetheless a welcome addition to the series. 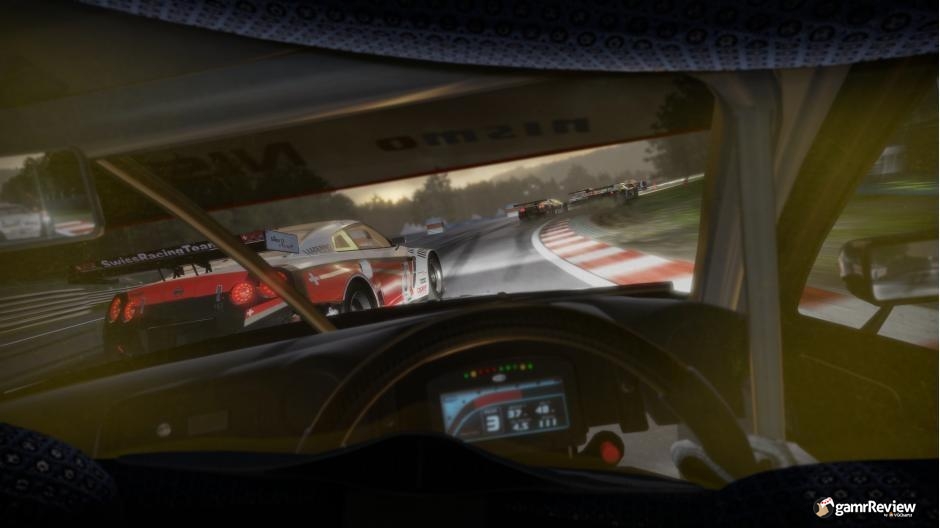 Elsewhere, there are improvements to the damage modelling (always welcome in my eyes) and the level of track detail. But obviously the most highly publicised improvement relates to the helmet cam mode. You can now take the in-car view a step further and actually go inside the helmet. It doesn’t just replicate the view from the point of view of the driver - that would be lazy and wholly unremarkable - it also factors in elements such as g-force and the movement of a driver’s head when anticipating and negotiating turns. Combine the helmet camera with stellar graphics and the full visceral impact of crashes, complete with the screen blur from the first game, and you have a recipe for the best in-car camera in the racing genre to-date. Even those who exclusively drive in third person perspective will want to check it out.

Off the track, however, Shift 2 drops the presentational ball. The loading can be excruciating at times, particularly if you’re browsing through vehicles because they need to individually load. The music is perfectly fine, if forgettable. The forced cut scenes, however, are not. This isn’t where the ball is just dropped; it’s pounded into the ground. In much the same vein as the latest MotorStorm entry, the people behind Shift have decided that what we racing fans are really missing out on is a good (read: crap) story, or something at least approaching a narrative as you progress through career mode, whether you like it or not. The voiceover and video segments feature Vaughn Gittin Junior – in the flesh, no less – as he delivers lines filled with god awful buzz words that make you cringe with embarrassment if anyone else happens to be in the room whilst he’s on screen.

Moving slowly away from Mr. Gittin then, and turning to another feature that’s being touted quite heavily called ‘Autolog’ (the forerunner of which was already a feature in the original Shift and Hot Pursuit). You may have noticed this before in other racing games, such as... err, Geometry Wars: Retro Evolved 2. Autolog essentially makes the whole career mode of Shift 2 a form of time trial, where you compete with your friends for the best lap times throughout your career and jostle for position on the track leaderboards. The extension of the Autolog concept is welcome and it’s been well implemented here. 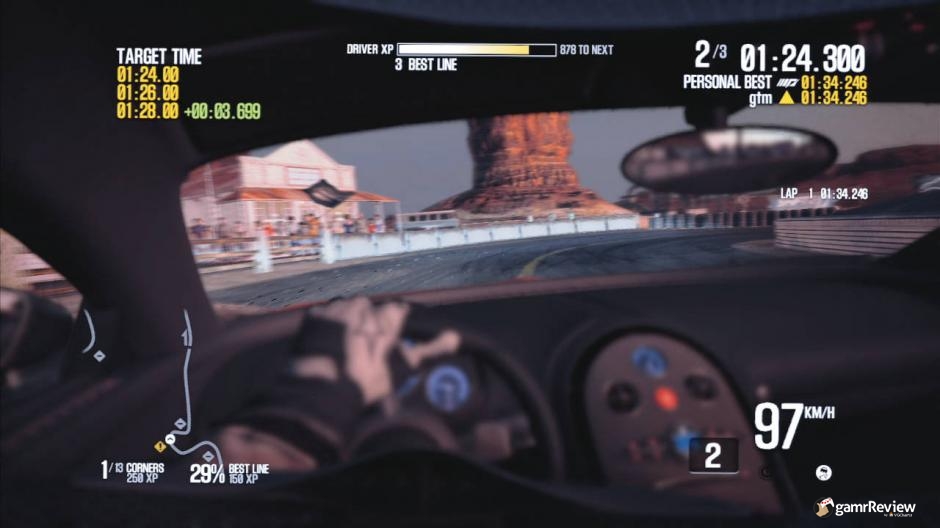 Boasting some 145 vehicles, a similar number of events and 36 different tracks (for a total of 77 track layouts), Shift 2 offers up a decent amount of content, particularly compared to the original. The career mode is fairly standard, but it’s enjoyable and you make progress at a sufficient rate to stave off the grinding boredom that you find in some other racers. There is, of course, a standard quick play mode, though you can only race with the vehicles you’ve obtained in career mode, which is an unfortunate limit on the game’s immediate accessibility. Online is much the same as before (although keep in mind it’s an EA game, so you’ll want to buy it new if you’re going to be playing online, or else fork out for a pass). There was no lag during my play time and the online interface is straightforward and easy to use.

Shift 2: Unleashed is short on brand new features. The extension of Autolog and the inclusion of night time races are welcome changes, but they feel like mere tinkering around the edges. Helmet cam, however, brings something truly new to the table; it’s a feature I expect to become standard within the genre relatively rapidly. Elsewhere, there’s more content, graphical improvements and a steady continuation of what made the first title simultaneously both great and infuriating. If you loved the first title then that should be enough to pique your interest in Shift 2, which is a great racer in its own right, but if more of the same sounds like a standstill, or even a step backwards, then you might want to sit this iteration out.