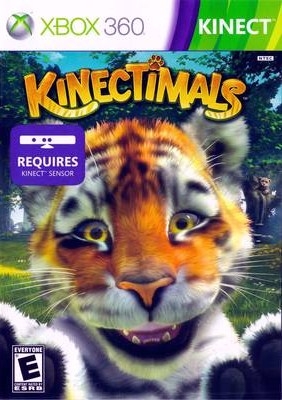 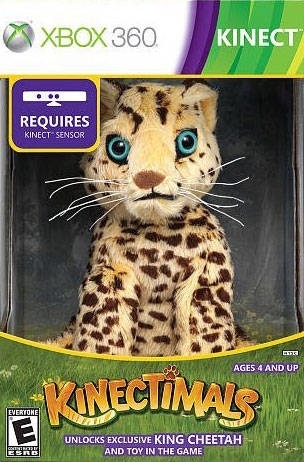 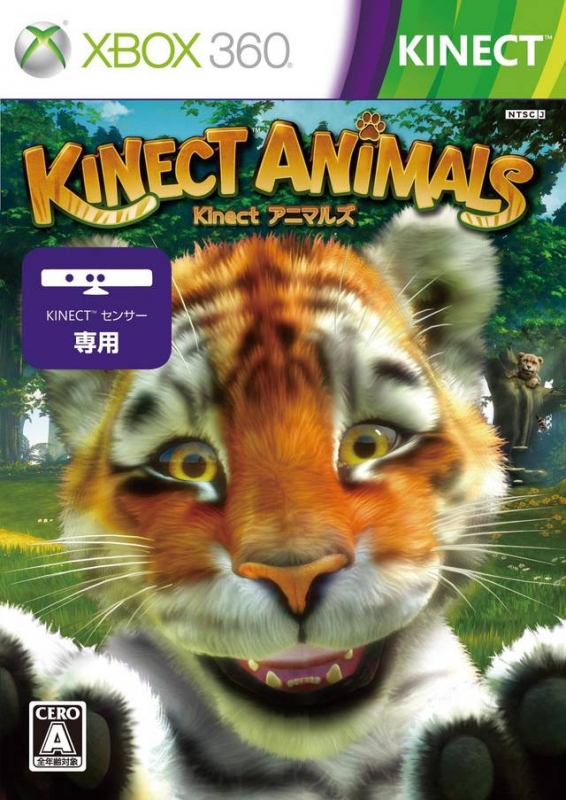 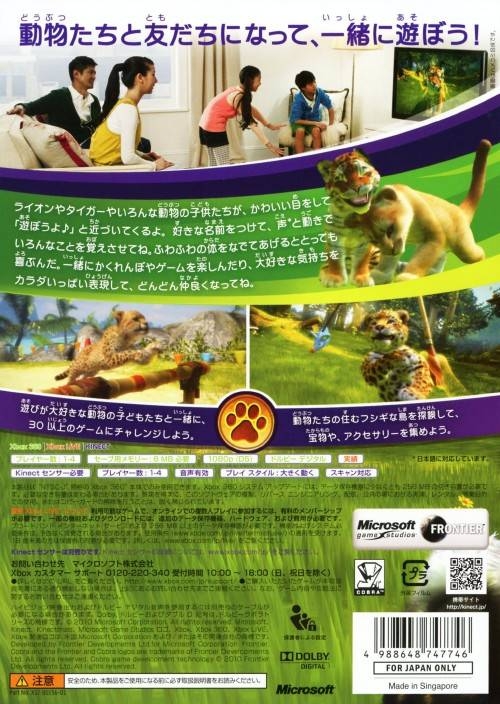 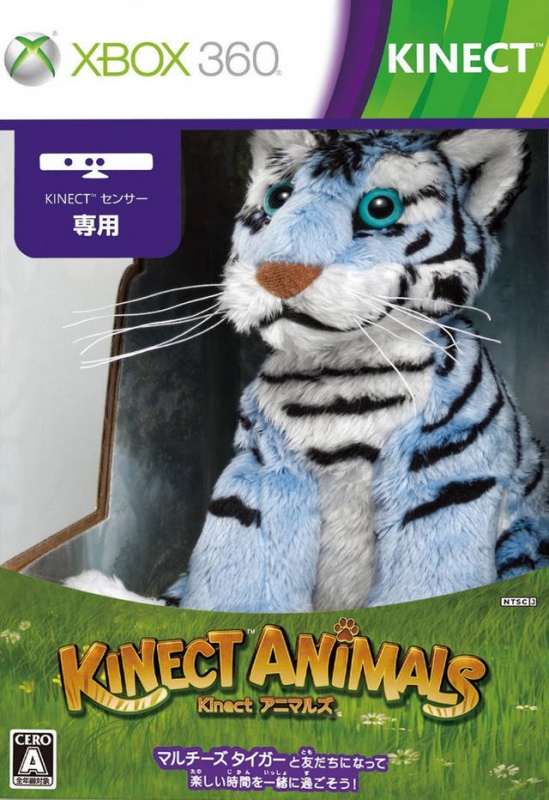 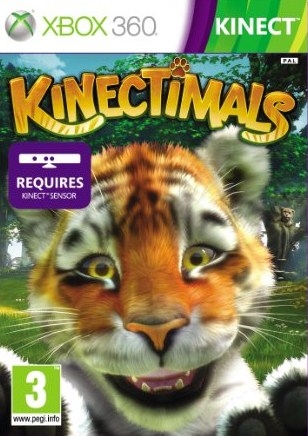 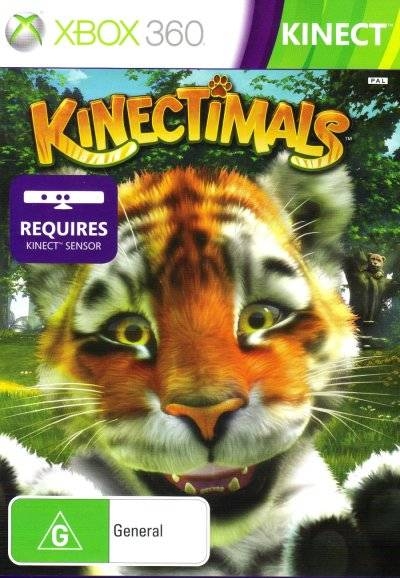 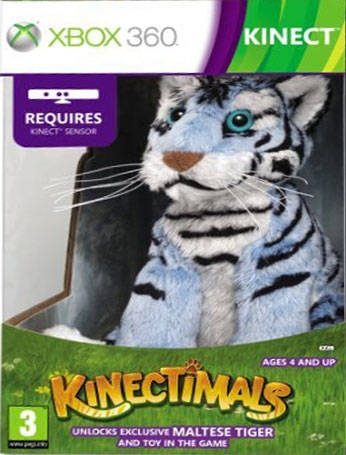 Say "hi" to the newest member of the family.

He’s a cute, fluffy black panther cub and his name is Blackjack (well, hey, if we’re naming them after confectionary then Blackjack seems like a damn good name to me). I’m not really exaggerating when I say that, when it comes to many of the younger gamers that this game is aimed at, the feline cub they pick out from the initial line-up of five will quickly charm its way into their hearts, and maybe even yours too. I thought LittleBigPlanet was endearing, but Kinectimals takes it to a whole other level.

Kinectimals is a mix of pet simulation, interior decoration and mini-games, all held together by a simple but enjoyable story revolving around the exploration of a beautiful island with your cub. By interacting with your new best friend you fill up an experience bar. Once you hit a certain point on that bar you unlock a new mini-game which you compete in for a bronze, silver or gold medal, as well as to unlock a bonus item for your cat. Fill up the bar completely and you unlock a new area on the island to explore. 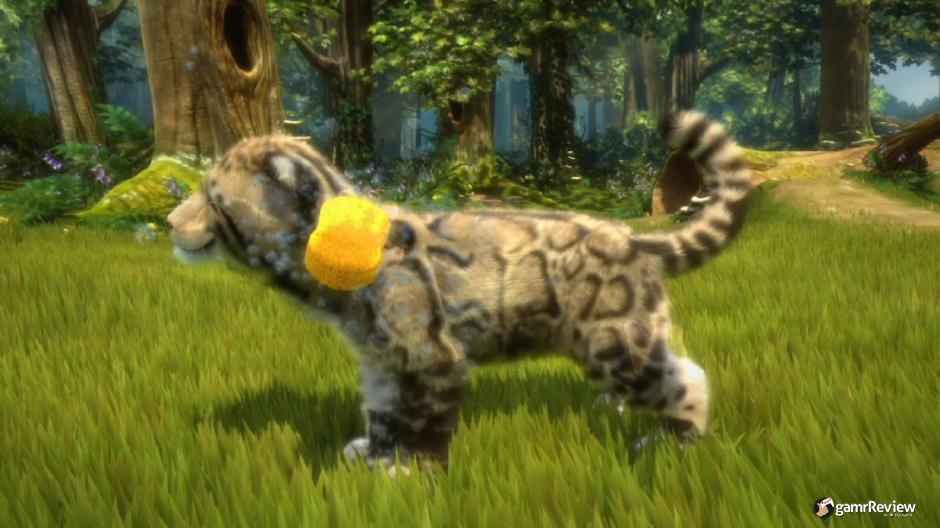 What can you do with your pet? Well, the overall list is very extensive, but it can be broken down into a few key activities. These are: teaching your pet new tricks, looking after him or her by brushing, feeding, washing, petting etc., searching for hidden treasure, and finally playing a game (typically some sort of ball/throwing game or racing around with a little remote controlled car (one of which is a miniature Covenant Ghost from the Halo universe - how cool is that?)). Performing each of these activities will grant you experience and money to spend at the local store. Your cub will suggest a new activity once you’re done and, although you can choose to do something else instead, this is easier said than done, because the look of abject disappointment and rejection that shocks his/her face is nothing short of heartbreaking. So, unless you’re a heartless scrooge, you’ll mostly go along with your cub’s suggestion. This is a perfect set-up for younger gamers, as it means they don’t have to navigate the potentially overwhelming menus and pick from hordes of options, but can instead aimlessly play along with their cub whilst at the same time always contributing to the experience bar and progressing the story.

The application of Kinect is very much hit and miss. When it comes to simple interactions with your cub, like petting or grooming it, Kinect works very well. When it comes to the mini-games or teaching your pet tricks, things go downhill. Take, for example, teaching him to jump backwards. My cub will be stood there, awaiting my instructions. I’ll perform the relevant gesture (in this case swinging my arm in a backwards circular motion), but he’ll continue to stand there without budging. I’m performing the correct gesture but he isn’t backflipping. “Maybe my gesture isn’t obvious enough”, I think to myself, so I exaggerate the movement. No response. “Maybe my arm is moving too quickly” – I slow down the pace of my swing. Nope. Now I’m starting to get annoyed, so I swing my arm faster, partly out of frustration and partly in the hopes that the “[expletive] stupid cat” will recognise the gesture before the timer runs down. It makes no difference. OK, now I’m pissed off and my arm is starting to ache, so let’s try doing it with the other arm. Blackjack twitches his ear, tilts his head to the side. No backflip. “Don’t mock me Blackjack.” 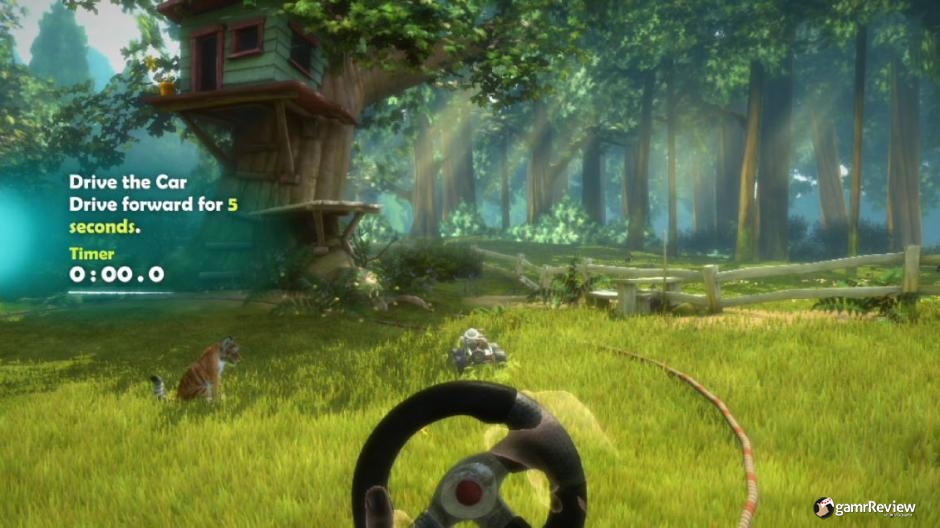 Most of the time, of course, he’ll pick up on the gesture after a short delay. The inconsistency is frustrating in and of itself, but when you’ll often have a timer ticking down, or a gold medal on the line, it feels like the game is conspiring against you and cheating; the Kinect equivalent of poorly designed ‘cheating’ AI in racing games. It’s a similar story with some of the throwing mini-games (which, on balance, accounts for about 80% of all mini-games), whereby you might perform a throw in front of the camera but the game will sometimes not release the object from your grasp, or it will do so at an inopportune time. The game will often ‘guide’ the object once you have managed to throw it, but at other times it won’t do this at all, leaving your throws to veer wildly off target.

There are some substantial problems with its application in specific tasks, then, but the use of Kinect in general does feel very natural. When you’re playing skipping rope with your cub you move your arm just as you would in real life. The same is true of all of these activities, from throwing hats and boots (the former from the side like a frisbee, the latter underhand), to petting your cub and hosing him down when he’s dirty.

You can purchase items from the game’s store using the funds you acquire throughout the game. The shop sells loads of different things, from toys and collars for your little cub to furniture for your house. You can then go about redecorating your house to your heart’s content. The location for each piece is pre-determined, so it’s a very structured form of interior decoration, and menu navigation (swiping with your hand, followed by hovering over the relevant option for a couple of seconds) is quite slow, but it’s a solid addition that allows younger gamers to at least begin to experiment with in-game customisation. 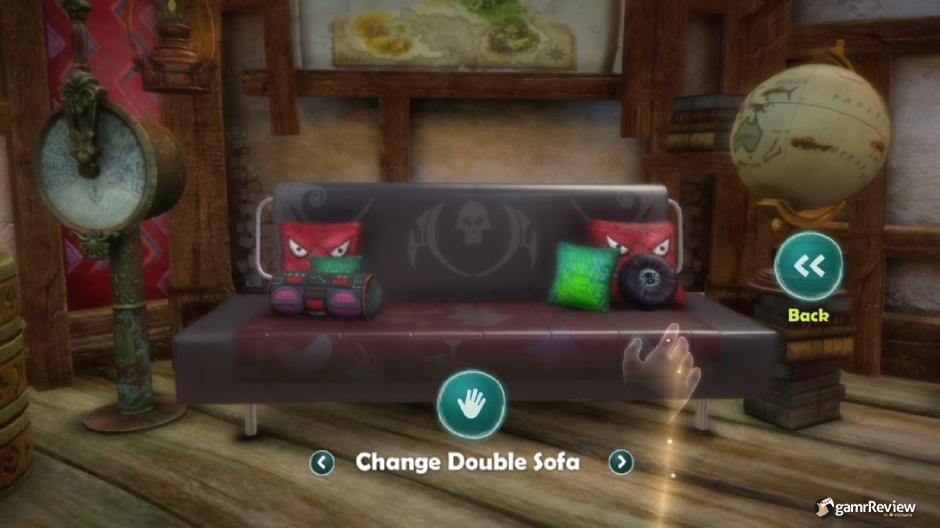 Kinectimals is a gorgeous game. Every aspect of it is easy on the eyes. The island locations are well varied and the background music feels very appropriate. You’ll visit the beach, some jungle ruins, a snowy mountaintop, a cherry blossom grove, and so on. Graphically, Kinect games have actually fared quite well so far, and Kinectimals is at the top of the pack. But, of course, it’s the cubs themselves that steal the show. The character models are stunningly detailed, with fur that stands out and begs to be stroked and faces that exhibit all manner of emotions. They purr lovingly, and will sometimes even sneeze in your face (which will elicit the desired ‘eww, gross!’ effect from younger gamers, and probably an ‘actually, that’s pretty clever’ one from slightly older gamers).

The cats are brimming with personality and seem so lifelike. They bound about in a kind of naive bliss that’s very reminiscent young animals, ‘helping’ you out with tasks by knocking down dominos for you, fetching an errant hat, or chasing down your little Halo Warthog. When you’re navigating the menus they watch attentively as you swipe through the options and tap at them with you. There’s plenty of childish humour thrown in as well, in order to keep the mood light and childish; your feline friend might ride in on the aforementioned Warthog, or he’ll bound around in a sombrero. You can also teach him/her plenty of funny tricks, the best being the ‘play dead’ trick, which is fantastically adorable. If you don’t crack a smile when you’re playing with your very own version of Skittles or Blackjack then, to be honest, you’re probably a little bit dead inside.

The story is a decent length and there are plenty of different items to play with, only a handful of which have been mentioned in this review. However, all of these different games can be grouped up into a very small number of genuinely different activities. This lack of depth makes Kinectimals quite a shallow proposition for most gamers, such that its novelty will wear off quite quickly, but at a guess I would say that Kinectimals will manage to keep its intended target audience entertained for quite a while (insofar as such a thing is even possible). 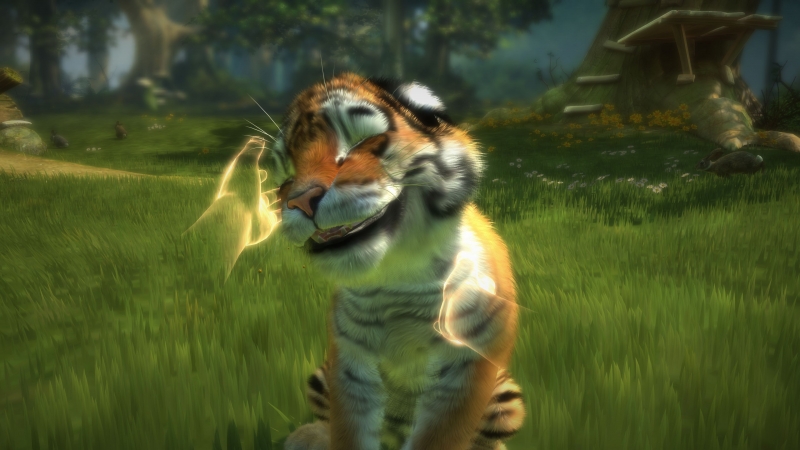 Kinectimals includes a multiplayer element, but it involves signing in and out of accounts on the fly (so player 1 completes the mini-game, then player 2 signs into player 1’s game and completes the same mini-game in an attempt to achieve a better score). And the whole interface is far too clunky to make Kinectimals anything other than a primarily single player affair anyway.

Kinectimals deploys its killer weapon right from the very start. These little big cats are the very definition of cute; they’re full of personality and they rapidly make a bee-line straight for your heart. As a game, Kinectimals has more than its fair share of flaws, but there’s no doubting that the stars of the show are fantastic bundles of joy, ideally suited to entertaining younger members of the family. A word of warning though: if you intend to buy Kinectimals for your child or a young family member then expect incessant pleas for a real cat to inevitably follow before too long.