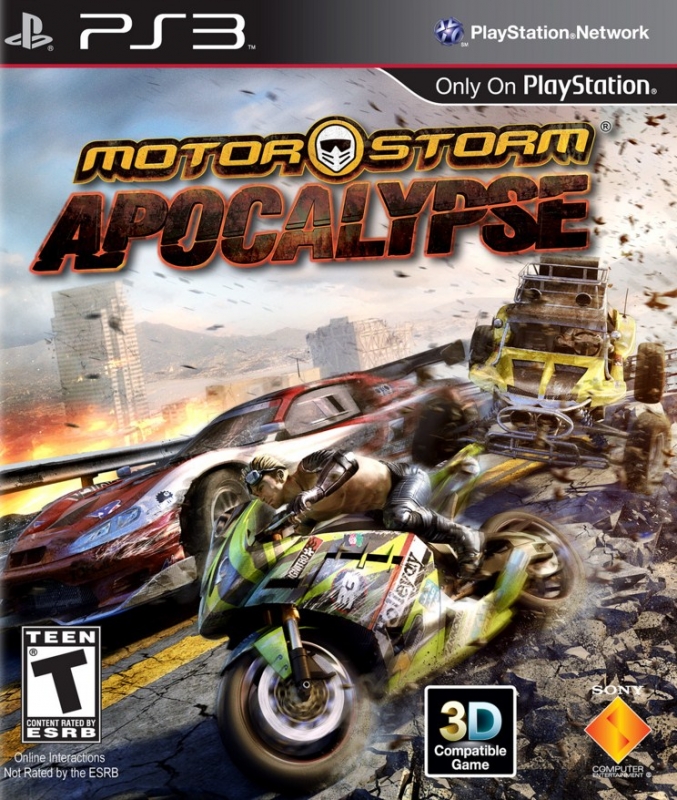 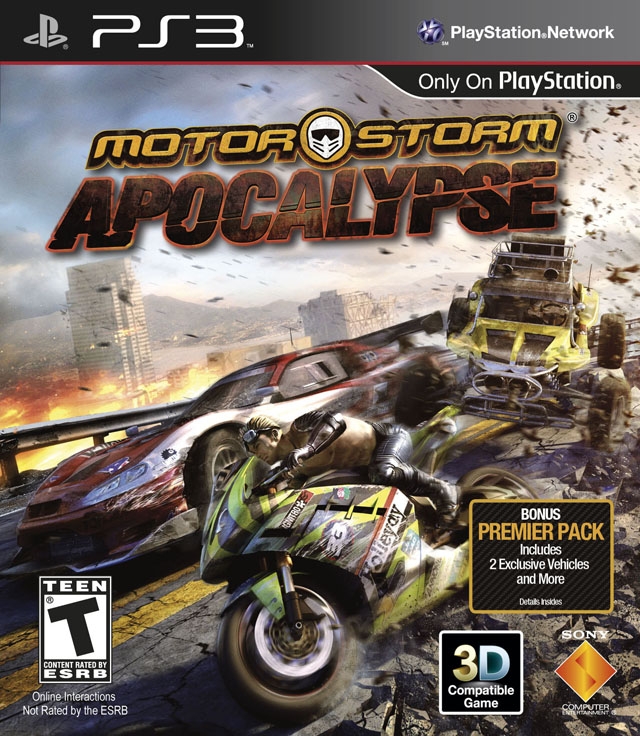 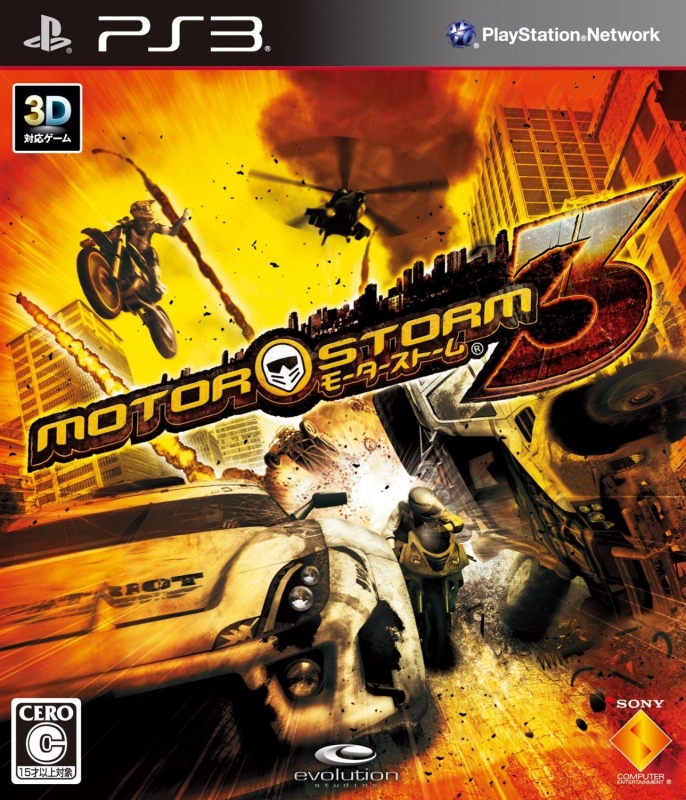 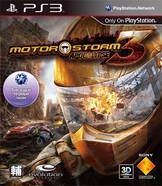 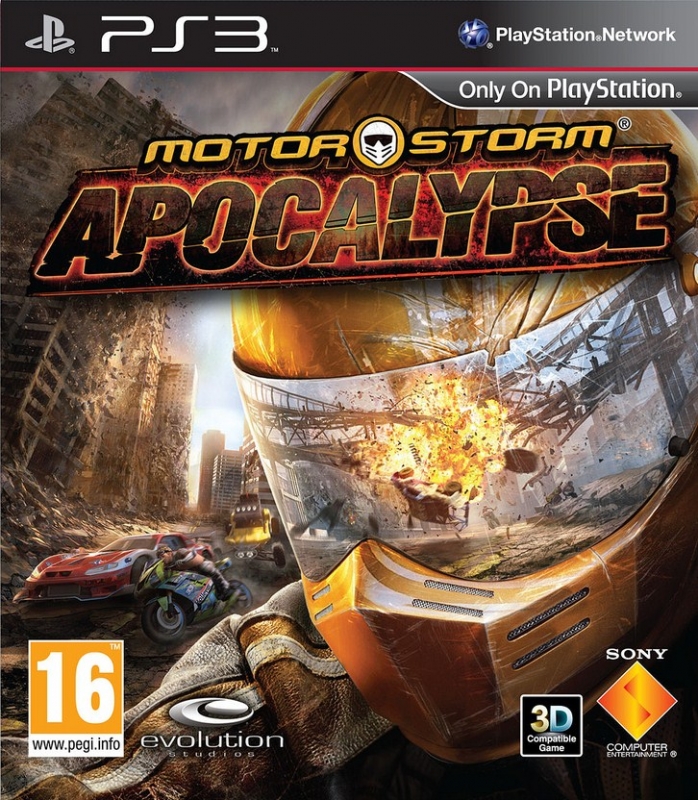 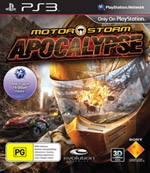 MotorStorm fans, you're in for a world of hurt... and grey, lots of grey.

The first MotorStorm was an ideal title to accompany the launch of the PS3 here in the UK. The shallowness of the package as a whole was made much more forgivable as a result of its well timed release. The gane's weaker areas were improved in its sequel, Pacific Rift; more tracks, greater diversity of locales, new vehicles, and masses of extras that were sorely missing in the sparse original. But no series is perfect, and Pacific Rift failed to touch upon several core issues, like extreme rubber-banding (whereby the AI vehicles becoming significantly faster when behind you, and significantly slower while in front), technical graphical hick-ups and infuriating AI opponents. MotorStorm: Apocalypse was well placed to fix those remaining niggles, then, and deliver the best MotorStorm experience to-date. I’ll break it you now though: to say that it does not is a grotesque understatement. 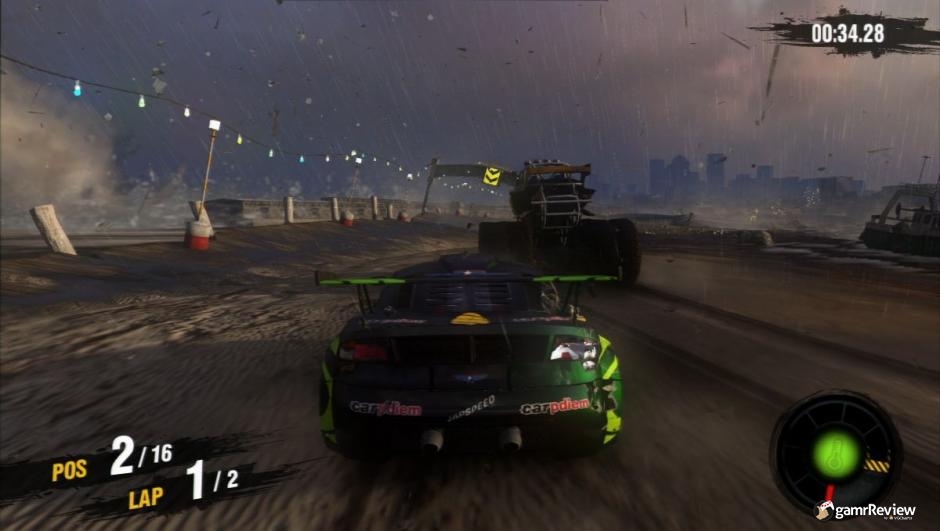 Apocalypse is the first game in the series to make the ‘festival’ concept a focal point of the single player. This comes in the form of a fleshed out plot. Initial impressions might be positive; MotorStorm and Pacific Rift both had gorgeous cut scene trailers and openings – an extension of these concepts could work out well. Alas, it was not to be. The story is told through basic motion-comic cut scenes and embarrassing dialogue. It acts as a glorified interlude and source of cringe-worthy moments - nothing more - and you’ll soon hanker after the plotless days of old.

The learning curve feels much gentler this time around. Your time as 'the rookie' is a breeze, and the difficulty level only really ramps up mid-way through the 'pro' campaign. Unfortunately, the story structure means you can no longer pick and choose the events you partake in. In previous MotorStorms, you could accrue points to unlock new tickets, which in turn gave you several races to choose from. This way, you could skip races that you found particularly problematic without being held back. That’s no longer the case. 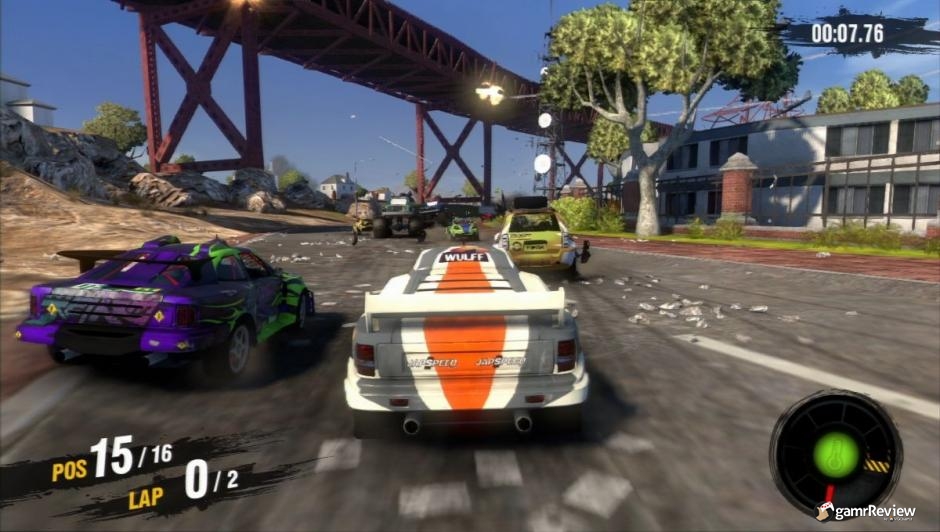 The core gameplay is generally as enjoyable and accessible as ever. There are a handful of gameplay changes, but nothing too dramatic. For example, you can now cool off your engines in mid-air, so long as you pull back off the accelerator. Given that the city you’re racing around is in the midst of an apocalyptic natural catastrophe, the tracks will also deform and change in real time as you race around, causing routes to change, ala Split/Second. There are also ‘factions’ and private military companies (PMCs) within the city, and they will both attempt to impede your progress, but they’re little more than minor distractions and annoyances. As with all MotorStorm sequels, Apocalypse introduces a host of new vehicle types. The new entrants are: supercars, superbikes, muscle cars, hot hatchbacks and chopper bikes, but they all feel like offshoots of existing vehicle types, rather than unique ones in their own right.

Long-standing problems remain largely unfixed. Despite the advances in difficulty curve, the AI in later events continues to infuriate - teaming up to knock you out, going out of its way to skirmish with your vehicle even if it’s to its own detriment, and inexplicably breaking right in front of you. On the other hand, the rubber-banding is less extreme for the most part, only really reaching its former heights of absurdity towards the end of the campaign.

Graphically, the MotorStorm franchise has always been ahead of the curve. This time around, however, the graphics are something of a let-down. The engine is showing signs of age, and the beautiful desert landscapes and lush jungles of the first two games have given way to the less inspiring and more nondescript grey-brown of a city in the midst of destruction. The number of unique environments on offer has also fallen from 16 in Pacific Rift, to 9 in Apocalypse, though each environment is host to several different alterations so that the total track count is much higher. 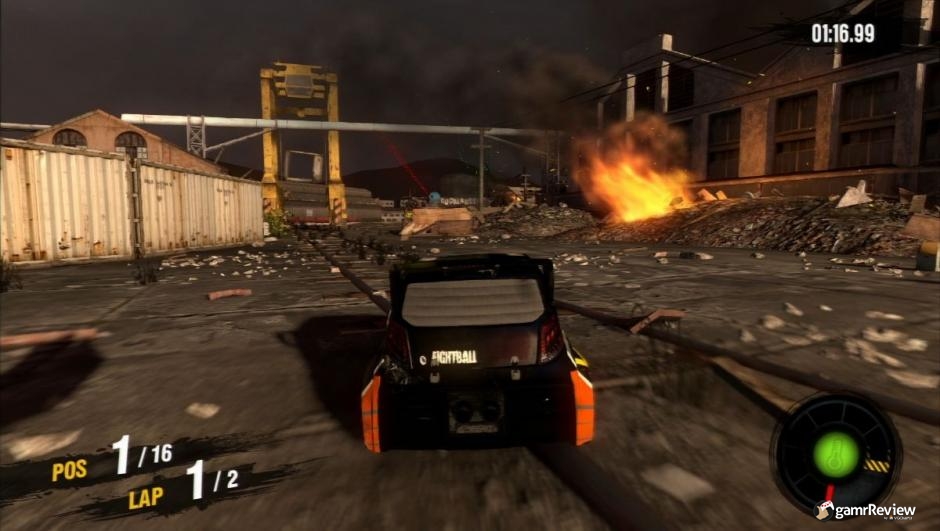 The choice of setting sounded fine on paper, but in reality the aesthetic is unattractive, the tracks lack personality, and the variety between them is diminished; too many tracks feature the dull grey of tarmac and box-like buildings in abundance. There’s a distinct lack of clarity too, as if the particle effects, debris and smoke have been ramped up to overcompensate for inferior artistic design. Even the large scale trigger events which destroy parts of the track and alter routes are bested by 2010’s Split/Second in their beauty. Loading times continue to be a problem for the series, and there are still instances of slowdown and poor texture work. Apocalypse also features the worst soundtrack in the series to-date – even the PSP’s Arctic Edge had a superior soundtrack. Gone is the varied selection of licensed rock, metal, and diverse electronic music, instead we get generic electronic music and ill-suited drum and bass.

As far as value goes, Apocalypse is, again, a step down from Pacific Rift. The main single player mode is notably shorter (not to mention less accessible), there are fewer unique environments, the soundtrack is woefully mediocre, and there is less polish across the board. Most of the extras from Pacific Rift remain intact, although in slightly different forms: there’s a free play mode, vehicle and profile customisation, online multiplayer and split screen multiplayer. New to the series are collectible cards, which are hidden around the tracks, and ‘hardcore’ race events where the AI cheats just that little bit more than normal. The online multiplayer also features a betting system, as well as vehicle load-outs. 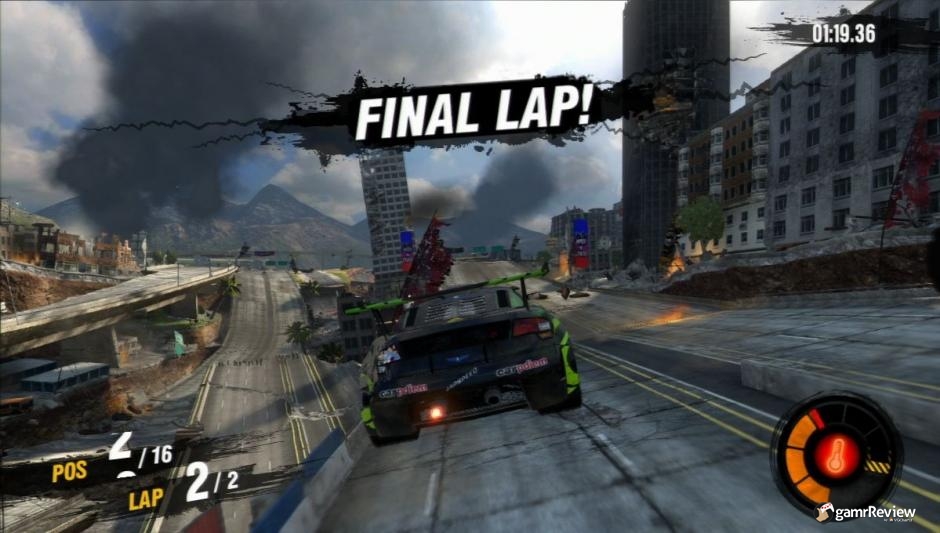 This is undoubtedly the worst entry in the MotorStorm series to-date, and the only one to make me feel as though it’s now passed its sell by date. Even the PSP’s MotorStorm: Arctic Edge is a more complete, more memorable MotorStorm experience. Apocalypse feels lacklustre and tired; the art design has taken a serious hit, major gameplay and presentational issues are, for the most part, unresolved. Arguably, even the value prospect of the game has been scaled back. In every single way, minus release date and vehicle count, Apocalypse feels like Pacific Rift’s predecessor, rather than the successor it purports to be.