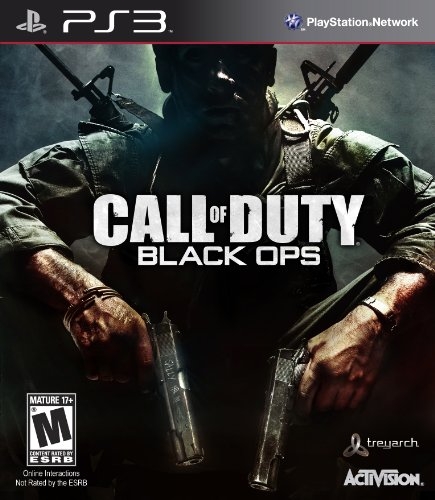 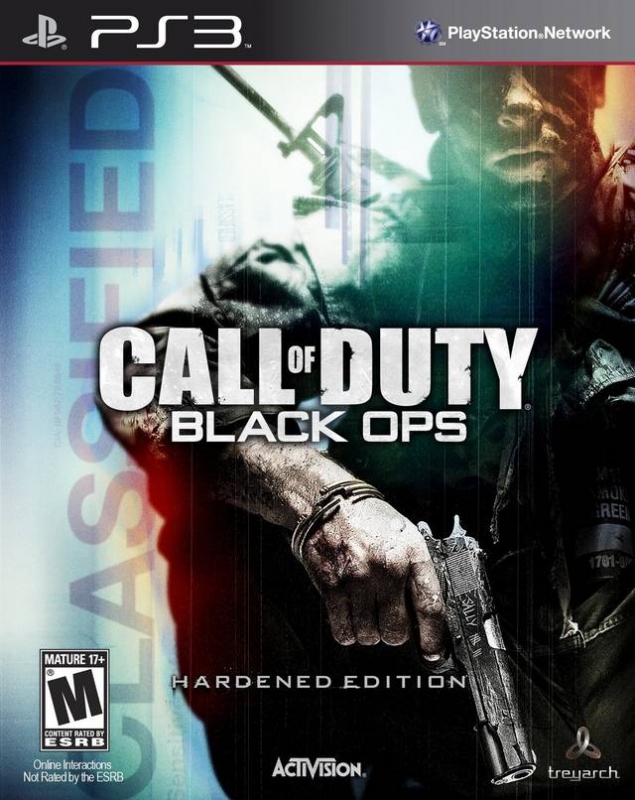 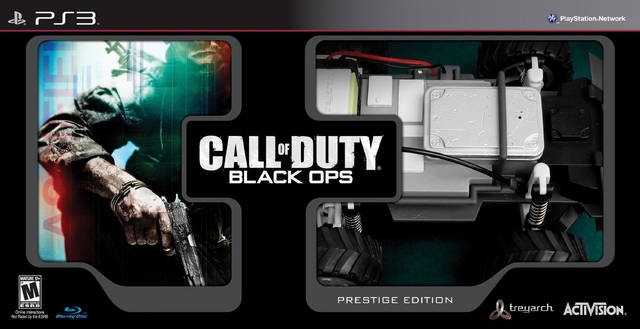 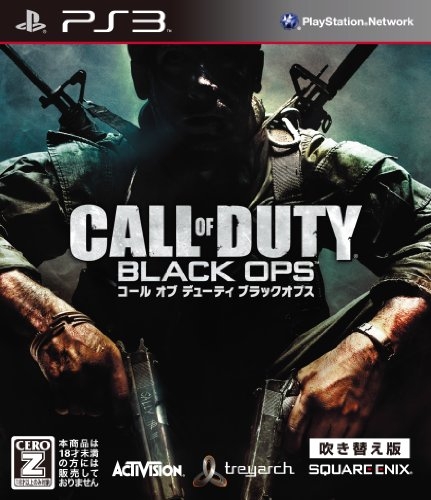 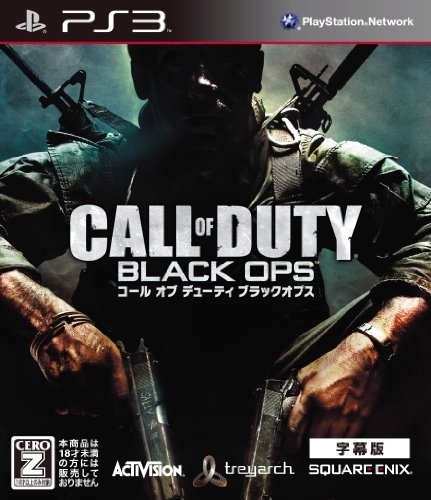 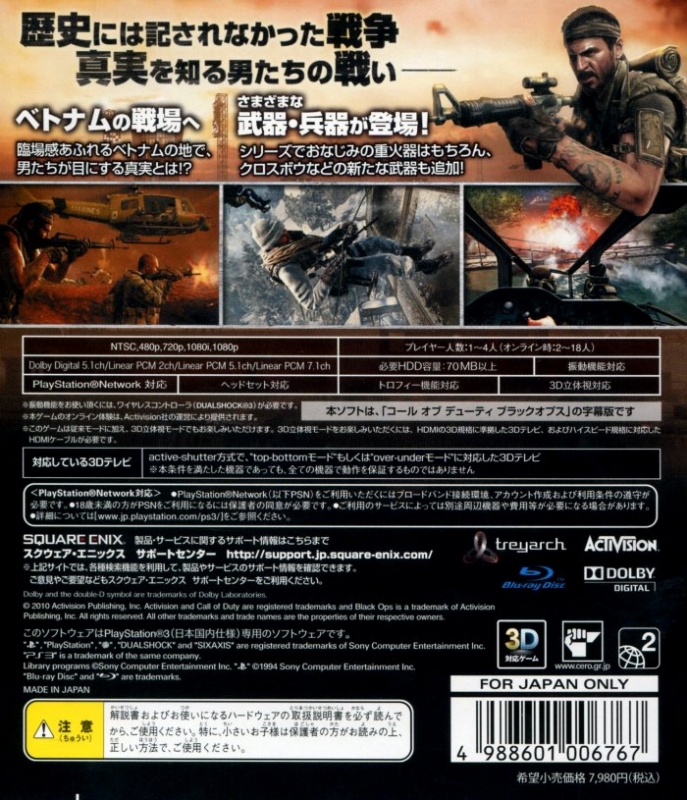 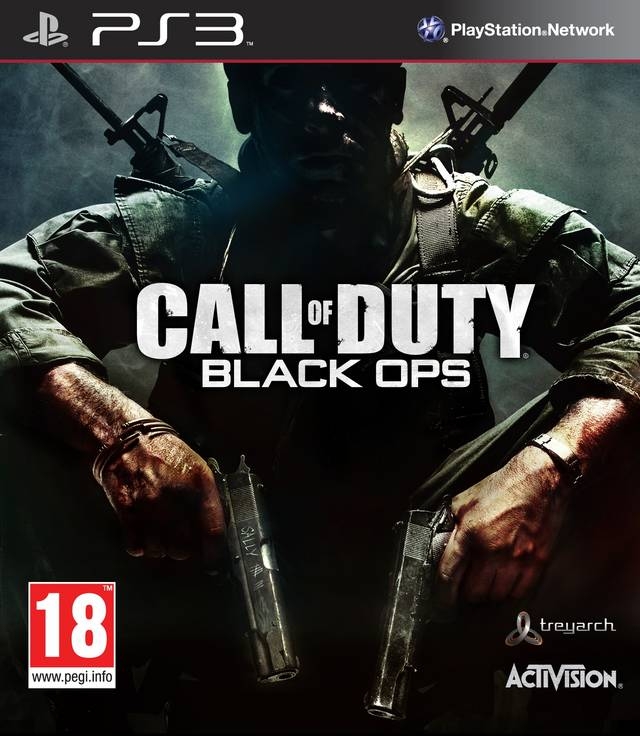 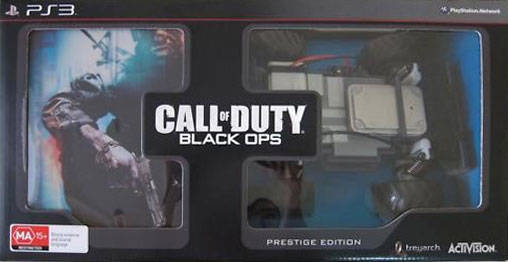 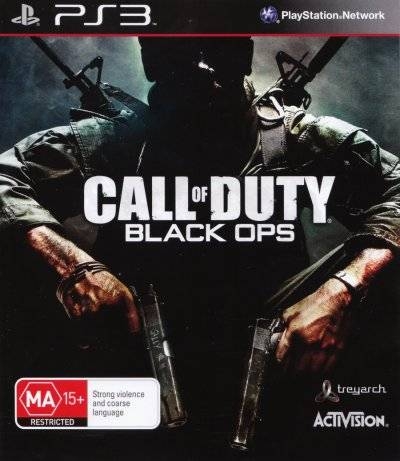 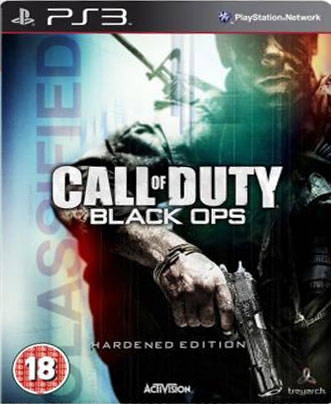 Does the latest Call of Duty pass muster?

In many ways, Call of Duty: Black Ops reminds me of one of my favorite films from last year - Quentin Tarantino’s Inglourious Basterds. They are both ultra violent revenge fantasies that toy with history to tell an enjoyable narrative. Where they differ, though, is that Inglourious Basterds often paused from the action and took the time to engage in great cinematic pacing complemented by terrific dialogue. Black Ops is the complete opposite. From start to finish the campaign is a non-stop adrenaline pumping thrill ride filled with satisfyingly destructive weaponry, explosive action sequences, and more of the same immersive first person experience that makes the series so appealing. There are also a number of tweaks and additions to the online multiplayer, including a new currency system, wage matches, contracts, and the return of the fan favorite zombie mode. So, with all this going for it, is Black Ops finally the game that allows Treyarch to step out of Infinity Ward’s shadow and stand tall as a fan favorite?

Call of Duty: Black Ops represents a number of firsts for the series. It is the first game to not primarily take place during World War II or the modern era. This time the protagonist is not silent but a more fleshed out character named Alex Mason, who wakes up to find himself abducted and subject to interrogation from his unknown captors. The shadowy interrogators press Mason to reconstruct his classified combat exploits from memory. These memories serve as the backdrop for the campaign, recounting the events that led to Mason being the only one capable of cracking a cryptic numerical code, and in doing so prevent nuclear war with the USSR. Most of the game takes place in the 1960s, with the first mission being an attempt to assassinate Fidel Castro as part of the Bay of Pigs invasion. Unbelievably, Black Ops’ campaign is slightly more scaled back than the one in Modern Warfare 2. Of course, the only objective measure that supports this claim is the number of warheads that go off in the course of the 5-7 hour campaign. The single player is still chock full of jaw dropping scenes, heart pounding moments, and instances where you will have to react quickly or perish painfully. The FPS gameplay is roughly the same as in the past few games, meaning tight controls, fierce opposition, and a great variety of tactical weaponry. The mission structure provides a wide range of objectives and always seizes the opportunity the introduce something fresh to the gameplay, whether that's shooting a crossbow with explosive tipped arrows or taking strategic command of a squad from a jet several thousand feet above ground.

The campaign features a liberal use of vehicle segments that put you in full control of both steering and shooting. Mason hijacks and pilots everything from motorcycles to helicopters and the game quite elegantly incorporates these into the controls so you can focus on the challenge of killing your enemies rather than the challenge of navigation. Although not perfect, the vehicles do increase the fun factor and get the adrenaline pumping. This takes me to my biggest gripe concerning the campaign though. There are so many of these surprise action sequences that it suffocates the core shooting gameplay. I understand the appeal; like quick time events in many modern action games, they allow you to do extraordinary things that would otherwise be impossible, but the result is taking control away from the player when the goal is in fact to increase immersion. There were times, mostly whenever Mason is caught off guard by an explosion, where I just put the controller down in frustration awaiting the onscreen prompts to tell me what to do next. The glaring linearity does not help matters either - the game aims to deliver a highly detailed and sophisticated first person experience, so it rarely allows you to experiment on your own.

This all fails to mask persistent flaws that still plague Call of Duty. The AI has seen very little improvement and there are still times where you will face an infinite contingency of opposing soldiers until you finally charge your way through the next objective marker. There are a few bugs as well, including one where I was continually respawned to an instant and imminent death. Finally, while not something I consider a flaw, it is still a let down that Treyarch abandoned the well-received co-op campaign option from their previous effort, World at War. The narrative tying all of this together has some genuine appeal, with a few inventive sparks that reward those gamers who actually pay attention. Yes, there are some clichéd (exactly how many megalomaniacal Russian radicals hell bent on the destruction of the West can there be?) and downright ridiculous elements, but it is a much better story than the one in Modern Warfare 2. If you pay close attention early on you should be able to figure out what is going on before the game hits you with the big twist. Occasionally you play from the perspective of another character, which makes for a much more intriguing yarn. Mason being an actual speaking and emotive character is also a plus. Playing through his past delves into the psychology of the character so you can better empathize with his brutal ordeals, even though you know he can't actually die during these missions.

Black Ops’ visuals are a step up from last year’s game, but only just. They are still gorgeously realistic, but the engine is starting to show its age. Black Ops is noticeably more graphic than any Call of Duty that came before it. Bullets now tear off limbs and turn brains into splattered meatloaf in gory detail (though you do have the option to toggle it off). Full 3D visuals are also available. The sound design is still magnificent, as the horrifically clear sounds of war emanating from your speakers attests. The voice acting is great as usual. While I like Ice Cube’s vocal performance, I absolutely love that of JFK’s imitator. The musical score is not very pronounced; mostly you'll be listening to heavy rock sounds. Thankfully, the game incorporates a couple of licensed tracks usually associated with the Vietnam era: “Fortunate Son” by Creedence Clearwater Revival and “Gimme Shelter” by The Rolling Stones.

Though I seem to come down hard on the singleplayer, I still think it is one of the best campaigns found in the series to date. The pace will always have your pulse pounding as you shoot your way through the jungles of Laos or shoot down a helicopter with a harpoon gun during the mass breakout of a Soviet prison. But it would have been great if the shooter side of the gameplay received more attention and allowed for more freedom.

Even if the single player experience is not the best showcase for FPS gameplay, there is still the phenomenal multiplayer mode that is the real draw of the franchise. Everything you know and love is still here. Different classes, a ranking system, leveling system, customization, unlockables, etc. There are also new community features that save recordings of your recent online matches and allow you to watch, edit, or share them with the world. Treyarch were wise not to try and reinvent the wheel and have instead implemented a number of small of tweaks and additions that completely change the competitive online experience. Chief among them is the new currency system - COD points - that you earn the same way you earn XP. You will quickly care about your COD points because they are required to buy your weapon and perk upgrades. You can also use them to buy contracts - specialized challenges that reward even more points upon fulfillment. The best thing about COD points is they allow for the addictive betting system. Dubbed 'Wage Matches', there are four unique modes where you can risk your hard-earned COD points against five opponents. The first mode is my personal favorite - One in the Chamber - where every player wields a single pistol with only one bullet and three lives. This leads to intense standoffs because if you miss your only resort is to get up close and melee. Each kill is rewarded with another bullet. Then there is Gun Game, where with each kill a player advances to the next of 20 weapon upgrades. Sticks and Stones arms each player with a crossbow, knife and tomahawk. Lastly, there is Sharpshooter, where the one identical gun each player carries randomly changes every 45 seconds until the time limit runs out. In all of the Wage Matches, only the top three players actually earn any winnings.

Zombies, the greatest contribution Treyarch has ever made to the series, returns and is now better than before. It is still a treat to team up with friends, holding out as long as possible against the increasingly more aggressive horde of the undead. This time the maps are geometrically larger and more interesting to defend. The one-liners alone are entertaining, with JFK securing the pentagon alongside Richard Nixon and Fidel Castro. Black Ops also has plenty of great secrets involving the zombie mode that I will not spoil for you here.

Black Ops is Treyarch’s best work with the franchise yet. Although it is not the finest of its genre, it is a game that Call of Duty fans can sink their teeth into. Fans and critics alike may point out lingering quirks here and there, but the fact remains that it is a great achievement for a series that sees a new release every year to remain so consistent whilst at the same time consistently bringing something new to the table each time.